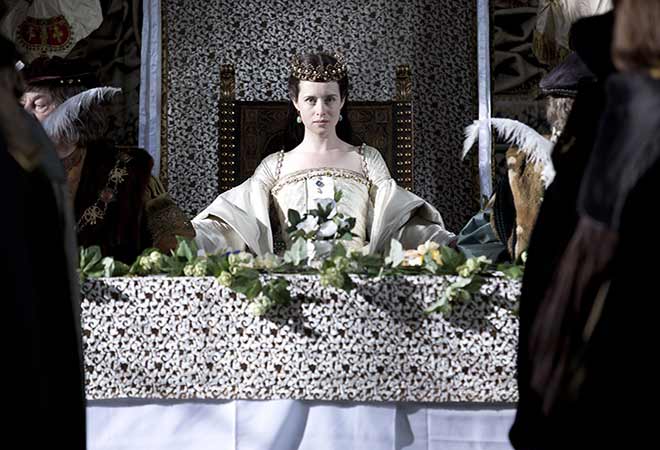 Wolf Hall is a historical drama chronicling the rise of Thomas Cromwell, the son of a humble blacksmith who became King Henry VIII’s chief minister, as he navigated the corridors of power in the Tudor court.

When Wolf Hall first aired in Britain, it caused a sensation. It even made the evening news. Author Hilary Mantel won two Booker Prizes back-to-back for her novels, Wolf Hall and Bring Up the Bodies, and now they were being adapted into a major drama. It was one of the most watched (and discussed) programmes on TV, with conversations ranging from Mark Rylance’s remarkable acting style to the size of the BBC’s candle budget.

In broad terms, the action of Wolf Hall begins with the dismissal of Cardinal Wolsey, which allows Thomas Cromwell to step into the Cardinal’s shoes, to the execution of Anne Boleyn, which marks the beginning of the end for Cromwell’s supremacy. However, there are a lot of jumping forwards and backwards in time. We see how Cromwell first came to work for Cardinal Wolsey, and even how he was ill-treated by his blacksmith father as a boy.

My advice when watching this drama is: give it your full concentration. And possibly read up a little on Tudor history, if you don’t know much about it. Otherwise, you might become hopelessly confused!  I will warn you now that every other character is called Thomas. Being able to put a face to each one makes this slightly easier than when you are reading the books, but forewarned is forearmed!

One of the joys of this drama is undoubtedly Mark Rylance in the role of Thomas Cromwell.  Rylance is largely a theatre actor, a Shakespearian and former Artistic Director of Shakespeare’s Globe in London. Most people had never seen him act before Wolf Hall. His quiet, understated  yet powerful performance makes the character of Thomas Cromwell utterly compelling. Joining him are a host of fine actors.  Damian Lewis is authoritative and a genuinely ginger  Henry VIII.  Claire Foy is a virtually insane Anne Boleyn.  Look out for heart-throbs Thomas Brodie Sangster as Cromwell’s apprentice Rafe Sadler, and Harry Lloyd as Anne Boleyn’s former lover Harry Percy. Not to mention Bernard Hill (Lord of the Rings), Jonathan Pryce (Pirates of the Caribbean) and Mark Gatiss (Sherlock and Dr Who).

The BBC went to great lengths to make Wolf Hall appear as authentic as possible. (Note that all the characters are wearing their period hats, however ridiculous!) This included having scenes lit by candlelight or daylight. Some viewers complained that this made the picture so dark they could not see it! I just turned off the electric lights in my front room and lit a candle of my own, which is surely the best way to watch period drama!

Like the books that inspired it, Wolf Hall is not an easy, relaxing watch. You need to put your brain into it. But it is rewarding. So swat up on your history, switch off your lights, and prepare to enjoy! It is available to buy on DVD, to rent, or stream on Amazon Prime.

Content Note: There is brief violence and brief profanity. Nothing excessive.

What did you think of Wolf Hall? Sound off in the comments…

Our romance-themed entertainment site is on a mission to help you find the best period dramas, romance movies, TV shows, and books. Other topics include Jane Austen, Classic Hollywood, TV Couples, Fairy Tales, Romantic Living, Romanticism, and more. We’re damsels not in distress fighting for the all-new optimistic Romantic Revolution. Join us and subscribe. For more information, see our About, Old-Fashioned Romance 101, Modern Romanticism 101, and Romantic Living 101.
Pin this article to read later! And make sure to follow us on Pinterest.
By Elizabeth Hopkinson on November 13th, 2015