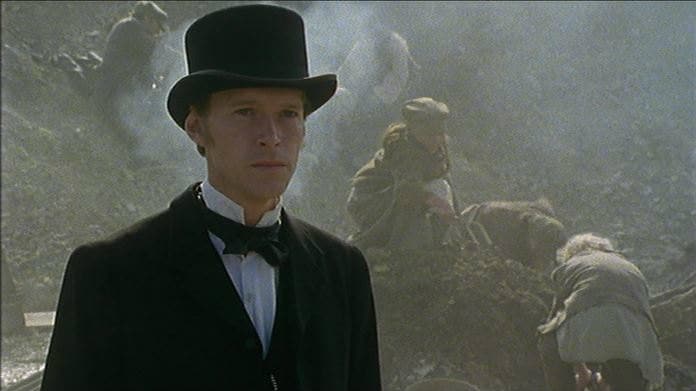 In 1998, the BBC adapted the Dickens novel, Our Mutual Friend, his last completed novel.  It is a complex story set on and around the wharfs of the river Thames in London. Though the story is absolutely packed with characters there are a few which could be considered to be the protagonists.  These are John Rokesmith, Eugene Rayburn, Lizzie Hexam, Bella Wilfer and the Boffins. It is a story of love, betrayal, murder, family, secrecy, false identity, madness, inheritance, revenge and money. At just over six hours, the story is given plenty of time to unfold properly without ever feeling rushed as some more recent classic adaptations tend to do.

The story begins with Lizzy and her father on the river Thames plying their trade as they drag the river for bodies. They find a particularly important body, beating a fellow river man to the punch who does not easily forget it. This sets off a murder investigation which touches the lives of all the main cast, inextricably linking their stories.

The dead man is John Harmon, a young man returning to claim his fortune and the bride who exists as a codicil to his inheritance. The new beneficiaries of the will take in the would-be bride Bella Wilfer and shortly after employ John RokeSmith, a man linked to the death of John Harmon.  Also suspected is Lizzie’s father due to false evidence. Because of this, a bored young gentleman lawyer, Eugene Rayburn takes an interest in Lizzie, altering her life forever. 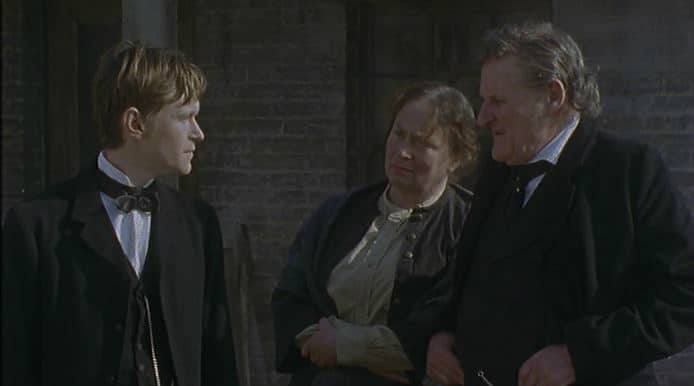 The BBC did a good job of creating the richly detailed world of a Dickens novel. The atmosphere is, of course, a large part of that. The mini-series creates the smoky, dark and dingy streets of Victorian London very well. Both day and night scenes are filmed with the use of realistic lighting, filming scenes lit with natural daylight, candles, gaslight and fireplaces much in the way that the 2011 adaptation of Jane Eyre did. This makes for a more dramatic and real feeling story. The story of Our Mutual Friend works on several levels, as a satire of societies foibles, murder mystery, love story, social commentary and much more, expertly weaving plots and subplots to a satisfying and enjoyable conclusion. 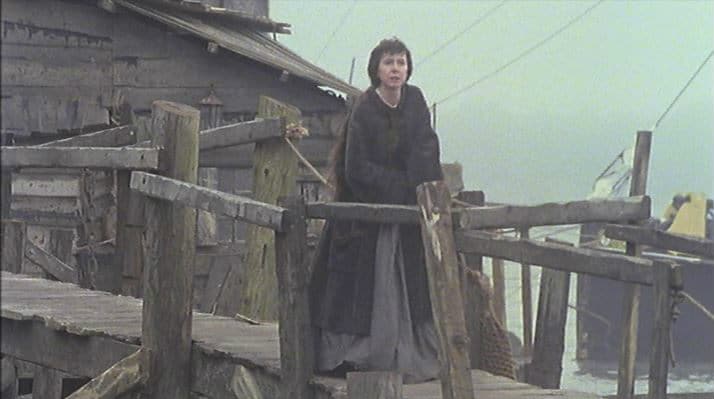 As with many of the BBC’s classic adaptations, it is full to bursting with great actors, boasting such names as Keeley Hawes, Paul McGann, Steven Mackintosh, Anna Friel, Timothy Spawl, Pam Ferris, Peter Vaughan, David Bradley, David Morrissey and many, many more. It is difficult to single any particular performance out, everyone is so good. I especially liked Katy Murphy as Jenny Wren, the eccentric doll dressmaker, who brought a great depth of feeling and subtlety to the character. It was immensely fun to watch her play off Paul McGann’s Eugene Rayburn and see them become unlikely friends. Also admirable is the powerful score composed by Adrian Johnston which has a sort of heaving melancholy bringing to mind the river that forms such an important part of the story. 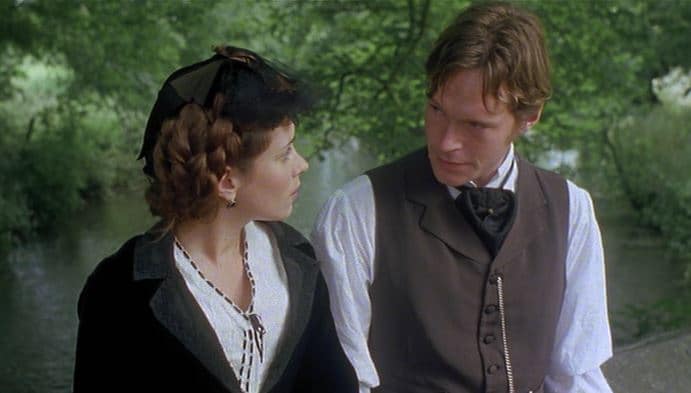 Bella Wilfer (Anna Friel) and John Rokesmith begin to understand one another.

There are two notable romances, vastly different and eventually interweaving. The first and main romance is between Lizzie Hexam and Eugene Rayburn, a difficult love story between classes.

The second is between John Rokesmith and Bella Wilfur, which is my preferred pairing of the two. I have a fondness for characters who fall in love slowly, especially when one or both parties initially scorned the match. Moreover, Our Mutual Friend makes use of introspective voiceovers for a number of the characters. It is a technique that works here in establishing motivation and exposition yet manages not to be clumsy. It helps to develop both love stories in a thoughtful unobtrusive manner. 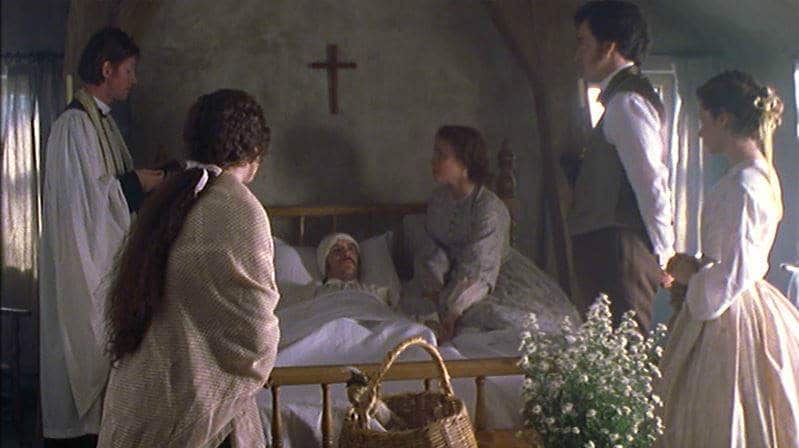 Our Mutual Friend is a well plotted and directed mini-series with a great deal to offer that should keep any period drama aficionado entertained. It has comedy, drama, love, crime and a great many likable characters.  Whether or not you have read the book you will likely enjoy this riveting and romantic production.

You can buy  Our Mutual Friend

Our romance-themed entertainment site is on a mission to help you find the best period dramas, romance movies, TV shows, and books. Other topics include Jane Austen, Classic Hollywood, TV Couples, Fairy Tales, Romantic Living, Romanticism, and more. We’re damsels not in distress fighting for the all-new optimistic Romantic Revolution. Join us and subscribe. For more information, see our About, Old-Fashioned Romance 101, Modern Romanticism 101, and Romantic Living 101.
Pin this article to read later! And make sure to follow us on Pinterest.
By Elinor Cackett on October 21st, 2015