THE MOMENT: Morse and Joan share an emotional goodbye.

The romantic in us probably admits we all love the romance with fireworks. Nothing makes my fangirl heart happier than seeing a much-wished-for “ship” realize they love one another unequivocally. But sometimes it’s in the quiet, unassuming relationships that audiences experience the greatest payoff. If ever there were a couple deserving of this title it’s Endeavour and Joan Thursday.

RELATED | ROMANTIC MOMENT OF THE WEEK: BROOKLYN’S EILIS AND TONY

Some years ago, ITV produced the prequel spin-off series Endeavour which chronicles the early years of DCI Endeavour Morse. Before this, the series Inspector Morse, a contemporary detective series, received high praise. So much so there was interest in placing Morse in the 1960s and the start of how he becomes the decorated detective he is.

In this period series, Shaun Evans assumes the titular role and throughout its five seasons, he and his boss’ daughter, Joan, have flirted with a “would-be” romance. In the beginning, this is mainly on Morse’s side. Being the studious gentleman he is, he doesn’t speak up and instead admires Joan from afar as he maintains a professional relationship with her father and his mentor.

THE LEAD-IN: Endeavour and Joan Thursday

Morse and Joan quietly build a kind of casual friendship, one in which Joan enjoys teasing the serious Morse. So serious is he that he never speaks a word of his growing affection for the sassy and beautiful Joan. Their friendship grows from chance meetings and late-night conversations, including one night as Morse sees Joan home, and she remarks on her bad date: 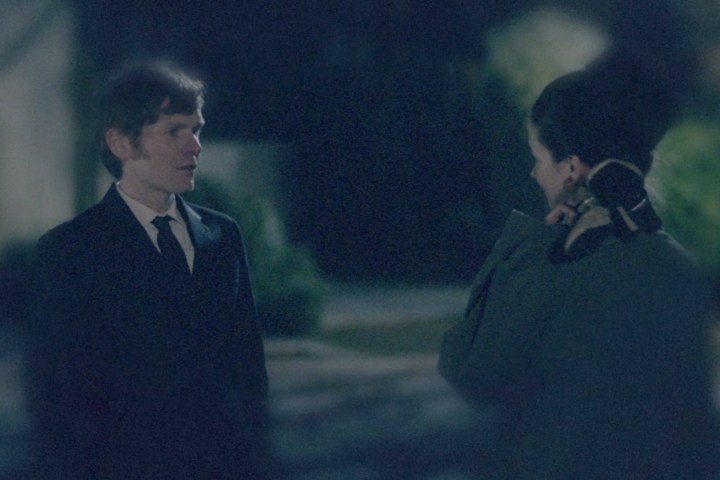 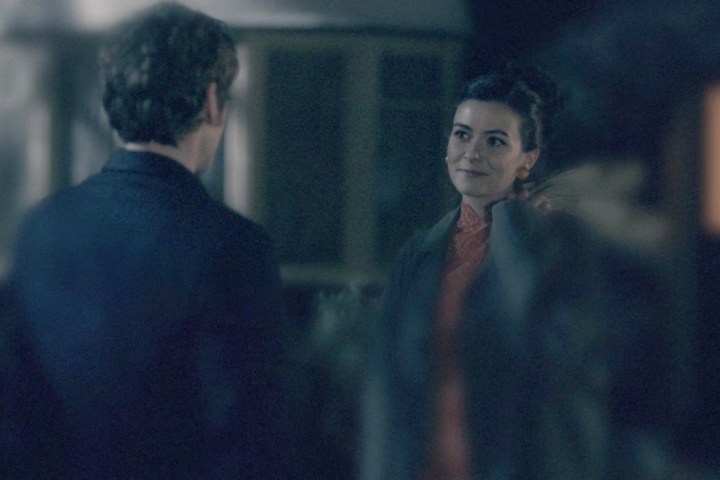 “Thought I’d be all right with a copper,” she says.

Curious, she wonders, “What sort are you?”

His reply: “The sort that sees young ladies safely home.”

Throughout their acquaintance, he sees her date other men. One of her relationships somehow becomes entangled in a case Morse and her father are working. It becomes a case that spirals out of control which leads to Joan’s life (as well as Morse) being in danger during a bank raid. 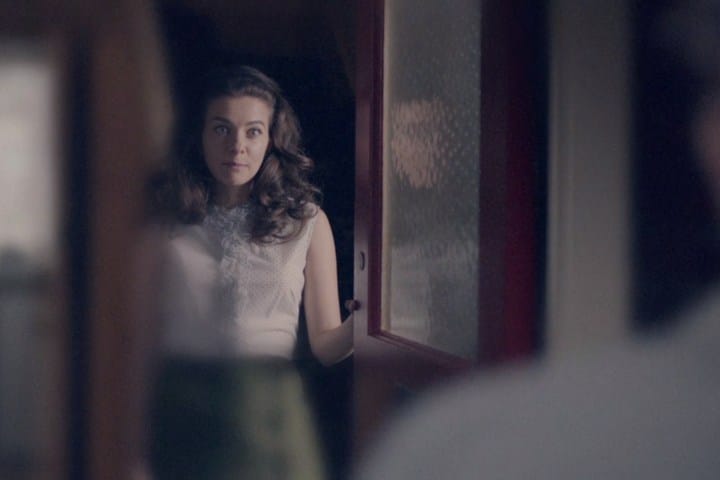 All ends well when her father comes to her aid. Later that same night, Morse is kept awake by memories. Moments like his first meeting with Joan, and their close encounters while trying to survive the bank hold up. But for Joan, nothing is over. Blaming herself for the mess she believes she caused, and for the experience her father went through, Joan believes the only remedy is to leave.

Before she can slip away, Morse catches her walking away from her house, which leads us to today’s bittersweet moment.

If expressions could talk, theirs says miles of words. Across their faces, they both realize why she’s walking away. She no longer feels able to face her father, to be a constant reminder of what almost happened. Furthermore, she has never believed she’s good enough for someone like Morse.

Seeing her leaving the house quietly, Morse calls out to her, asking where she’s going. 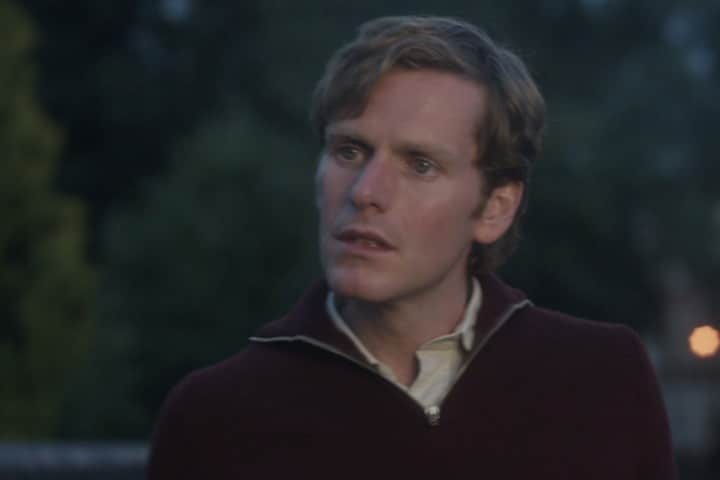 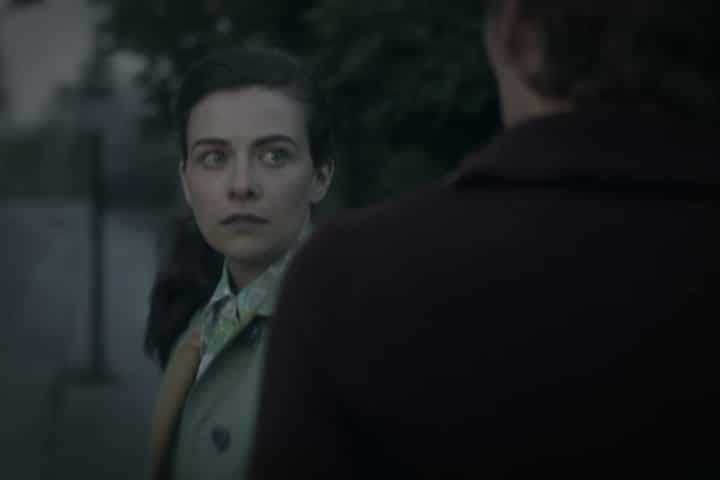 As they stand there, awkwardly in the morning mist, they remain solitary gazes fixed on one another.

“Where will you go?” he asks confusion on his face.

She doesn’t know she says.

With longing and anguish, Morse goes where he’s never before gone. “Stay,” he says.

“I can’t” is her simple reply.

Despite already laying his heart on the line, he further implores her to “give it time.”

But Joan is determined. She won’t be swayed even when Morse tells her she means the “world to them,” referring to her parents. Then before he loses his nerve, he begins; “You mean the world t-” almost does he lay his heart bare and confess, to me.

For a moment, the silence hangs between them. She processes this confession, but shifts focus back to her parents. She asks Morse to look after them because he means a great deal to her father.

Doing the only thing he believes he can do, emotion clouding him, Morse lets her go and simply tells her if ever she needs anything, “money or a voice on the phone… you know where to find me.” 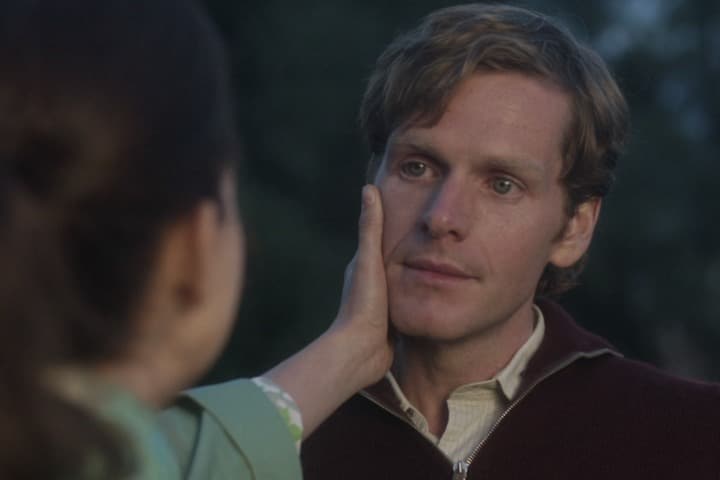 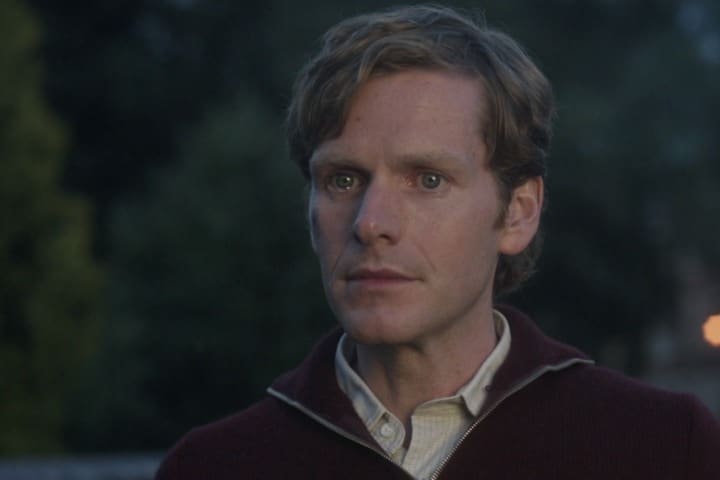 Reaching out to cup his face in a rare display of “touch” between them, she tells him to take care of himself, and disappears into the mist… leaving Morse in tears, and to break the news to her father.

THE NEXT CHAPTER: Season Five Finale

Throughout season four, the mystery of Joan’s whereabouts plays an important role in the story. Tragedy befalls her in some ways, and all she accomplishes is to further break the heart of her father. Recently, season five of Endeavour aired on Masterpiece.

Though Joan and Morse see one another on occasion throughout the six episodes, they continue to be friends, only this time with a distance between them. But after a particularly trying case, one in which Morse is reminded life is more than a job, he shows up on Joan’s doorstep. Waiting for her arrival, he spots her walking towards her door.

Pleasantries are exchanged, and before he loses his nerve, referring to an earlier invitation he declined, he asks, if “that offer of a coffee’s still going?” 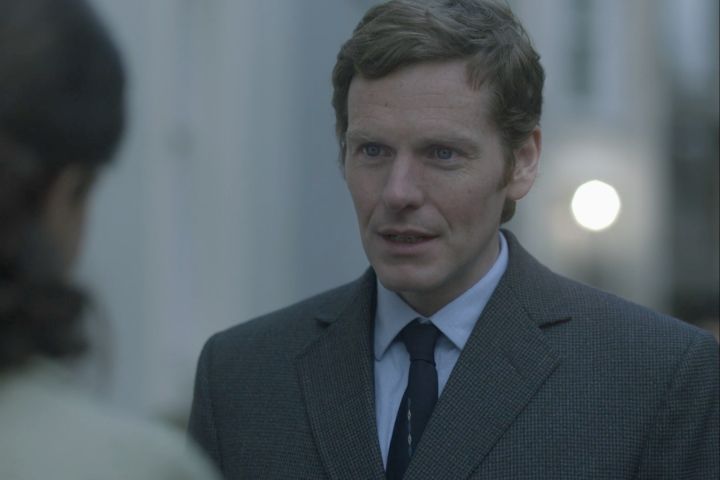 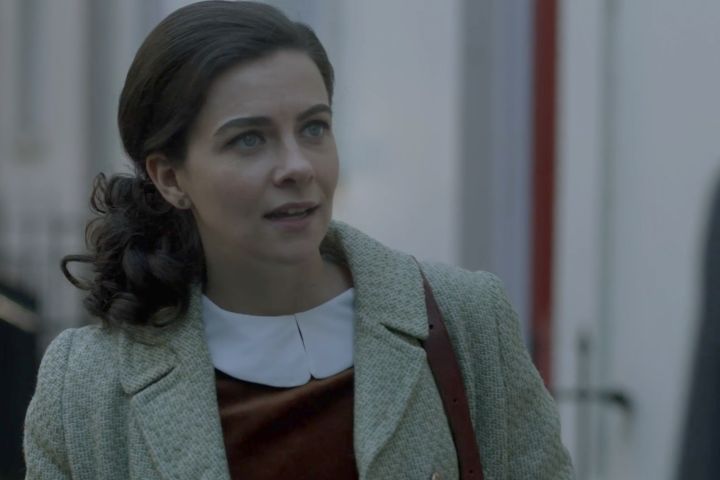 As the camera catches him, his gaze is hopeful. We then see Joan’s face; hers is kind but looks like that of a woman about to say “no” (and break a heart!) …and then as has been the story for this entire would-be romance, the screen goes black closing the door on season five of Endeavour.

Tell me all of your thoughts and opinions on the romance between Endeavour and Joan. Do you like this relationship? Is it one you’d like to see as a couple rather than a tease? Do you have a favorite moment between these two? Share all of your thoughts down in the comments! I’d love to chat with you.

Note: You can currently (at time of publication) see seasons 1-4 of Endeavour on Amazon Prime. You can watch the latest season on PBS.org.

Our romance-themed entertainment site is on a mission to help you find the best period dramas, romance movies, TV shows, and books. Other topics include Jane Austen, Classic Hollywood, TV Couples, Fairy Tales, Romantic Living, Romanticism, and more. We’re damsels not in distress fighting for the all-new optimistic Romantic Revolution. Join us and subscribe. For more information, see our About, Old-Fashioned Romance 101, Modern Romanticism 101, and Romantic Living 101.
ATTENTION ROMANCE LOVERS!  Have a romantic tip for our Romantic Moment of the Week column? Send us a message. We can't watch or read everything out there and would love to know of other wonderful romantic moments - especially recent ones! We'll then take the moment into consideration. If you love to write, you can also pitch it to us as a guest post. Contact us HERE.
By Rissi JC on August 4th, 2018

1 thought on “Romantic Moment of the Week: Endeavour and Its Intellectual, Beautiful Romance”