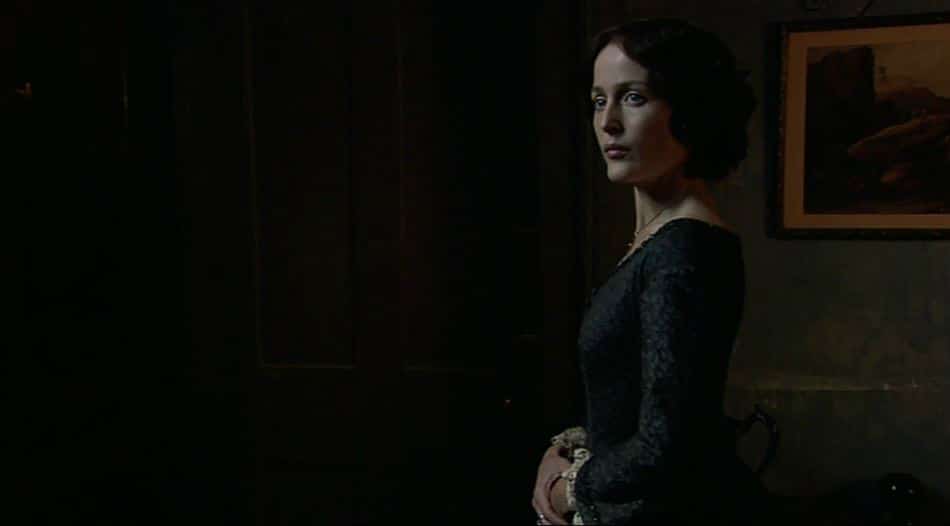 In 2005, the BBC adapted Bleak House into a mini-series. At the time of its release, the production was well received by critics. The decision was to market it as a kind of soap opera, broadcasting it in half hour slots twice a week. While I don’t particularly agree with likening it to that particular kind of melodramatic storytelling, I agree that this was a clever strategy given the way Dickens used to publish. He would release a chapter at a time in his literary magazine, Household Words (which also serialized Gaskell’s North and South) and later in All The Year Round. People had to wait for each installment in order to find out who had died and what would happen next. In fact, there was a famous instance of people in New York waiting on the docks to find out if little Nell had died in the latest installment of The Old Curiosity Shop.

The events of the drama are based around the case of Jarndyce and Jarndyce, a long disputed proceeding due to the existence of several conflicting wills. This case links the vast majority of the main characters together, most being somehow involved either as beneficiary or lawyer. For the most part, the story is concerned with Esther Summerson, the mystery of her parentage and the exploits of those close to her. Also front and center are the machinations of the ruthless and scheming lawyer Tulkinghorn.

The story begins with Esther Summerson and the two wards in the Jarndyce case coming to live with a Mr John Jarndyce, another beneficiary. We are also introduced to Lord and Lady Deadlock who are being brought up to date on the latest developments in the Jarndyce case by the family lawyer, Tulkinghorn. Seemingly, at first, these two story threads are only linked by the Jarndyce case. Initially bored, Lady Deadlock catches sight of one of the legal papers. Recognizing the hand it was written in, she attempts to hide her interest and suddenly faints. This sets the shrewd lawyer on the course to find out exactly who is responsible for this strange reaction and what she might be hiding from her husband.

Those familiar with the BBC’s previous adaptation of Our Mutual Friend and the more recent but equally good Little Dorrit can expect a production of similar caliber here. It being Dickens, there is a vast cast of characters whose lives interweave masterfully, each well developed and providing a smaller part of the greater mysteries of the main plot. It does so in a way that is not confusing and very entertaining. It is a long mini-series (almost eight hours) which gives it plenty of time to delve into the complexity of the characters and the novel as a whole.

The character drama and relationships are also handled very well with subtlety and nuance.The BBC has always been very good at creating atmosphere in Dickens productions and Bleak House is no different. The sense of mystery is kept up throughout, managing to keep the viewer engaged and guessing. The costumes and production values as always are excellent.

As is common with such projects, it attracted many famous faces and others which will be familiar to anyone who makes a habit of viewing British television. Charles Dance, Burn Gorman, Timothy West, Alan Armstrong, Carey Mulligan, Denis Lawson, Ian Richardson, Nathaniel Parker and Catherine Tate to name just a few. You may also recognize Anna Maxwell Martin as Esther Summerson from North And South and South Riding. It is also notable for the fact that it stars Gillian Anderson as Lady Deadlock who, at least at the time, was not a common sight on British television.

Gillian Anderson is very good and almost unrecognizable, transforming entirely into a very different role. Charles Dance is excellent as the menacing lawyer. Burn Gorman is delightfully ridiculous as the strange and ultimately foolish Mr. Guppy. Anna Maxwell Martin gives a staid and sympathetic performance as Esther on whom much of the drama hinges. Commendation must also go to a young Carey Mulligan in the role of Ada, one of the wards in Jarndyce. I especially liked Alan Armstrong as Inspector Bucket. However, listing everyone whose part was well acted would take a very long time. There are no weak links in Bleak House; every one inhabits their part and does a very good job of bringing Dickens’ unforgettable characters to life.

While there is more than one love story, the one that I find to be most interesting is the one between Esther Summerson and philanthropic Dr Woodcourt. It is a match formed from understanding and mutual respect which is always welcome.

All in all, Bleak House is a thoroughly capable and ambitious adaptation of one of Dickens more complex and interweaving narratives. As they often do, the BBC has crafted a well acted, well directed and gripping mini series which is a must for any period drama fan.

What did you think of the 2005 adaptation of Bleak House? Sound off below…

Our romance-themed entertainment site is on a mission to help you find the best period dramas, romance movies, TV shows, and books. Other topics include Jane Austen, Classic Hollywood, TV Couples, Fairy Tales, Romantic Living, Romanticism, and more. We’re damsels not in distress fighting for the all-new optimistic Romantic Revolution. Join us and subscribe. For more information, see our About, Old-Fashioned Romance 101, Modern Romanticism 101, and Romantic Living 101.
Pin this article to read later! And make sure to follow us on Pinterest.
By Elinor Cackett on December 30th, 2015