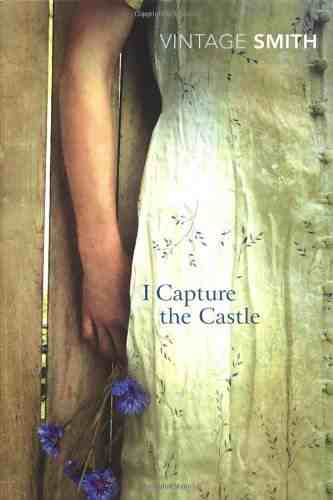 Book: I Capture the Castle

I Capture the Castle Review

I Capture the Castle was written before the Young Adult as a concept even existed, but that is what it is. It was written by Dodie Smith who wrote The Hundred and One Dalmatians and its rather baffling sequel, though this was her first novel. It is set in the thirties and surrounds the Mortmain family who rather eccentrically live in a castle in the middle of the English Countryside. The father once wrote a critically acclaimed novel that made him famous, Jacob Wrestling. But owing to an incident of misunderstanding which landed him briefly in prison, he now suffers from a writer’s block which is pushing his family further and further into poverty. He also spent most of his savings in buying the place hoping it would inspire him. Instead, the roof leaks and they can barely get by.

His second wife, Topaz, is somewhat of a free spirit, an artist’s model who enjoys communing with nature by walking around in nothing but wellies in thunderstorms. Rose is the eldest, beautiful and obsessed with escaping their poverty-stricken life. She believes that the only way she can do this is to use her beauty to marry a rich man. She likes to see herself as mercenary but is really rather a dreamer at heart. Cassandra is our narrator and the middle child, a hopeless romantic and a writer. They have a younger brother Thomas who is fascinated with how things work and is always with a book. There is also Stephen, son of the late cook who stays on unpaid out of loyalty to the family. He is also in love with Cassandra. Their sense of normality is interrupted when two rich American brothers, Simon and Neal, move in to the house closest to them, becoming their neighbours.

The novel takes the form of a journal as Cassandra records the events around her. There are even separate books to mark when she has started a different journal. These are The Two Penny Book, The Shilling book and The Two Guinea Book to show how her family’s fortunes have improved.

The novel is definitely a Bildungsroman, as we watch our protagonist grow up and fall in love. Cassandra’s journey is a quiet but important one. All the characters are very real and develop believably over the course of the novel. I particularly enjoyed the insight into life in the thirties when they visit London. The novel is also quite funny in places such as the time when Cassandra and Rose return home on the train in fur coats left to them by a rich aunt. When they see Neal and Simon, Rose insists they hide so as not to be embarrassed but are seen sneaking away and cause an impromptu bear hunt by villagers convinced that they saw one on the loose.

The atmosphere of the novel is powerful and very English. Dodie Smith was at the time writing in California and you can really feel the longing for her home in the pages. The book has this wistful quality that permeates everything about it. The main character is very likeable, if slightly naive. Though this novel was written and published in 1948, Cassandra feels very relatable and modern. The story is also interesting not going quite where you think it will. Her adventures into adulthood and life outside the castle are fascinating. It is an easy and really enjoyable read.

On a nice note, the story was actually made into a film starring Bill Nighy, Tara Fitzgerald and Romola Garai which was a very accurate adaptation. Though I suggest reading the book first as you will find yourself immersed in the story.

Our romance-themed entertainment site is on a mission to help you find the best period dramas, romance movies, TV shows, and books. Other topics include Jane Austen, Classic Hollywood, TV Couples, Fairy Tales, Romantic Living, Romanticism, and more. We’re damsels not in distress fighting for the all-new optimistic Romantic Revolution. Join us and subscribe. For more information, see our About, Old-Fashioned Romance 101, Modern Romanticism 101, and Romantic Living 101.
Pin this article to read later! And make sure to follow us on Pinterest.
By Elinor Cackett on March 3rd, 2015