If there’s one thing period drama does well, it’s coloring a canvas that creates a pretty picture. Whether it’s a group of people lounging on the lush green of an estate lawn in their elegant fashions or the marbled halls of a grand ballroom, the genre knows how to elicit stunning eye candy like a boss. What they don’t always guarantee is a pretty picture story. This BBC adaptation of Anthony Trollope’s (who I’m unfamiliar with as a classic author) He Knew He Was Right is a story of mistrust, jealousy and rumors.

The primary player is the 20-something Louis Trevelyan (Oliver Dimsdale), a young Englishman whose fortune is vast. To find a wife, he travels halfway across the world where he meets and falls in love with Emily Rowley (Laura Fraser), the eldest daughter of Sir. Marmaduke Rowley (Geoffrey Palmer). As the governor of the Mandarin Islands, he’s known and respected in society though Sir. Marmaduke has never achieved a large fortune leaving him happy to part with one of his eight daughters.

Marrying Emily, Louis takes her back to England amid questions of her ability to adapt in genteel society, along with her younger sister, Nora (Christina Cole). For a few years, the young couple is happy. Their small son brings them great joy and they revel in their love for one another. But then Emily’s godfather, Colonel Osbourne (Bill Nighy) returns to England. Letting the whispers of Osbourne’s rumored seductions rule his his head, Louis begins to suspect the Colonel’s visits to his wife are anything but innocent, causing a rift and downward spiral of what once was a happy life.

Though the characters I’ve talked of are at the crux of what happens in this 4-part (hour long) series, there are many others whose stories are told. These include Hugh Stanbury (Stephen Campbell Moore), a young man wildly in love with Nora; his Aunt Stanbury (Anna Massey), a bitter and wealthy woman who has cut him off; Hugh’s younger sister, Dorothy (Caroline Martin); the wealthy and good-looking Charles Glascock (Raymond Coulthard) who is besotted with Nora; Brooke Burgess (Matthew Goode), a young clerk who is tangled up in the fortune of Aunt Stanbury; Thomas Gibson (David Tennant), a scheming vicar who takes a liking to Dorothy. As is normal of period drama, there are countless familiar faces who appear (you’ll also spy Ron Cook and Claudie Blakely). 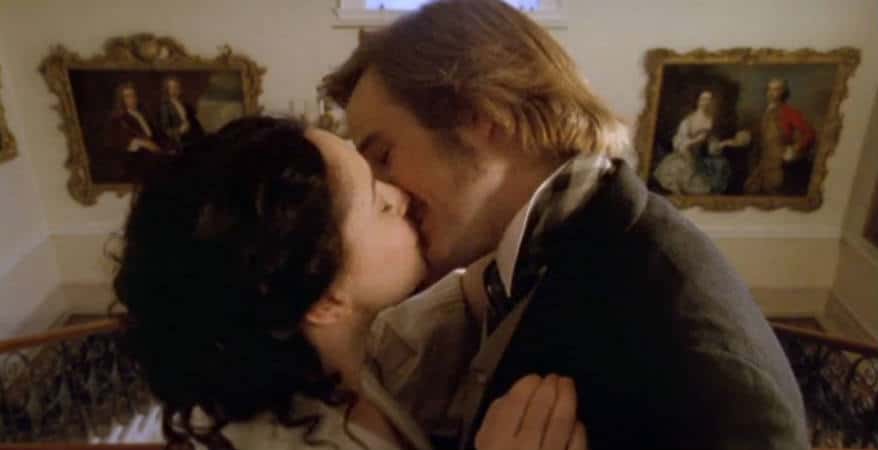 This is one of those period dramas I’ve toyed with watching for years. I’ve seen the promotional spot on many a BBC DVD and contemplated trying it. But coupled with my so-so reaction of the ’80’s miniseries The Barchester Chronicles (also a Trollope story) and various reading I’ve done on He Knew He Was Right, I held back. I had an inkling this one wouldn’t be for me. And in some sense I was right. When it comes down to it, this is no Jane Austen story. In keeping with my pursuit of being honest in any recommendation, I must say, in many ways I was pleasantly surprised by this. It’s not as dark as I’d imagined in its tone (the lighting, scenery, etc.) though the story certainly spirals into depression. The filming is different as it pauses now and again to allow for a character commentary (the actor speaking directly to the audience) in, what I assume, is a choice by filmmakers to depict their thoughts.

The gowns and costuming is second to none as is a usual blanket statement for BBC period drama, and I thought I recognized more than one ensemble recycled from other BBC dramas. Written by respected TV scripter, Andrew Davies (best known for Pride & Prejudice), I didn’t think this script was up to par with some of his other masterpieces. But then, perhaps that’s due to the material which may not be everyone’s cup of tea. However, if you don’t mind stories with a depressing angle then you’ll probably enjoy He Knew He Was Right.

Today this is considered one of Trollope’s best works (according to the making-of DVD feature), but I’ve recently read (whether truth or fiction) that this was considered a failure by Trollope himself as he felt the leads weren’t sympathetic and instead, thought the people surrounding their lives were more interesting. There is some truth to this. I was caught up in Nora’s romantic liaison and found the stories of Mr. Gibson and his connection to the French family (one of his parishioner families) quite humorous, and then there was the story of an equally selfless and sweet character, Dorothy and her charming love story with Brooke.

Though this won’t be ranking as high as something akin to North and South or any of Austen’s wonderful adaptations, I did find myself enjoying it. It’s a sad reminder of the great danger of jealousy and lies and how easily they can wreck our lives. In the end, there is the brighter promise of happy lives for most of the characters, and for me, that was enough.

You can purchase He Knew He Was Right on DVD.

Content note: Aside from the whispers that a married woman is engaging in an affair, which Louis supposes of his wife, He Knew He Was Right is a clean period drama. It’s rated TV-PG.

If you’ve seen He Knew He Was Right, I’d love to know what you thought!

Visit our Period Drama archives to find more reviews. Or browse our Vintage Reviews category to discover what else we’re revisiting.

Our romance-themed entertainment site is on a mission to help you find the best period dramas, romance movies, TV shows, and books. Other topics include Jane Austen, Classic Hollywood, TV Couples, Fairy Tales, Romantic Living, Romanticism, and more. We’re damsels not in distress fighting for the all-new optimistic Romantic Revolution. Join us and subscribe. For more information, see our About, Old-Fashioned Romance 101, Modern Romanticism 101, and Romantic Living 101.
Pin this article to read later! And make sure to follow us on Pinterest.
By Rissi JC on April 10th, 2016