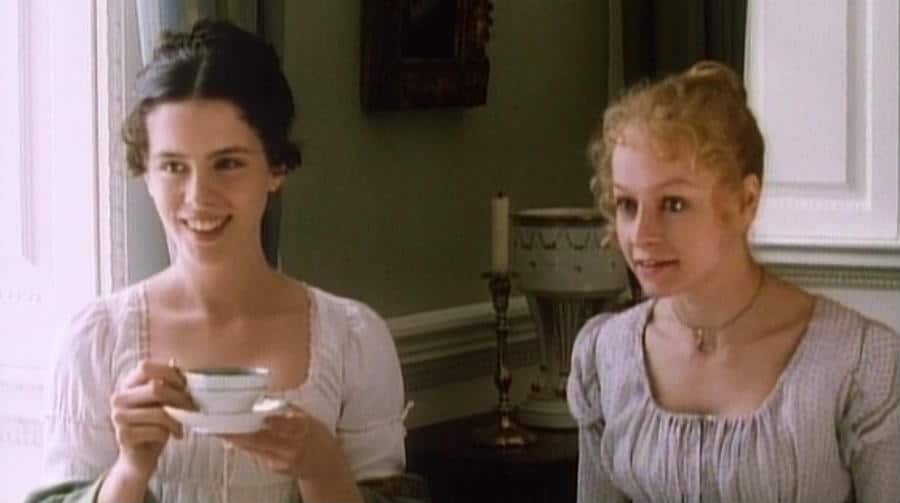 There is a kind of universal language in Austen stories. No matter how far removed we continue to pull away from them they somehow remain significant. Unlike some of her other works, I think Emma seems to be Austen’s most comedic story. It’s less about the social ins and outs of the period (though that does still make its presence known) and more about being a comedy of errors. For anyone who might be unfamiliar with the story, it revolves around a wealthy young woman (Emma) who fancies herself a charmed kind of matchmaker following the lucky pairing she helped put together between her beloved governess and neighboring widower. Now that Emma has had a taste of matching people, she sets her heart on finding the perfect someone for the penniless orphan Harriet Smith. Without need of fortune or title, Emma never craves love for herself until the possibility of catching newcomer Frank Churchill captures her fancy all while the only person she really respects – Mr. Knightley, begins to pull away. In the ’90s, a string of British films were produced by A&E. This was among them. It cast Kate Beckinsale in the titular role, Mark Strong as Knightley, Samantha Bond as Miss Taylor, Samantha Morton as Harriet and a whole lot of other familiar British talent. Nonetheless, I’d not seen this adaptation for several years and can still recall the first time I did. Mainly because when it first began playing, I was sure the wrong tape had been put inside the jacket (the opening was so unlike what I was expecting). But when sitting down to re-watch it, I couldn’t help but notice some production flaws. The camera work isn’t up to snuff in the most glaring surprise. Perhaps it was the thing to do in this era of filming, but the tight shots of the actor’s faces do nothing to steer the emotional reactions in the right direction. There is a time when this method is needed and it works. Unfortunately, this is not such an occasion.

Moving beyond that, I also don’t think this is as well adapted as some of its peers. Oddly enough, Andrew Davies adapted it. He’s, of course, the man behind masterpieces like Pride and Prejudice (1995) and Bleak House. The alarming pace (I realize the film is only 90 minutes, but still…) at which the story moves isn’t helped by the lack of good character introduction. I felt as if the writer was just assuming we already knew all of the players and what they meant to each other; an interview with him reveals he believes Emma was his most challenging to adapt.

That being said, this is still a solid film. Having not read this novel nor am I any kind of student of the era, my estimation is this adaptation does the best job of being period accurate. Everything from the lighting (lots of candles) to the costumes seems authentic whereas other films take a more modern approach to the adapting process. 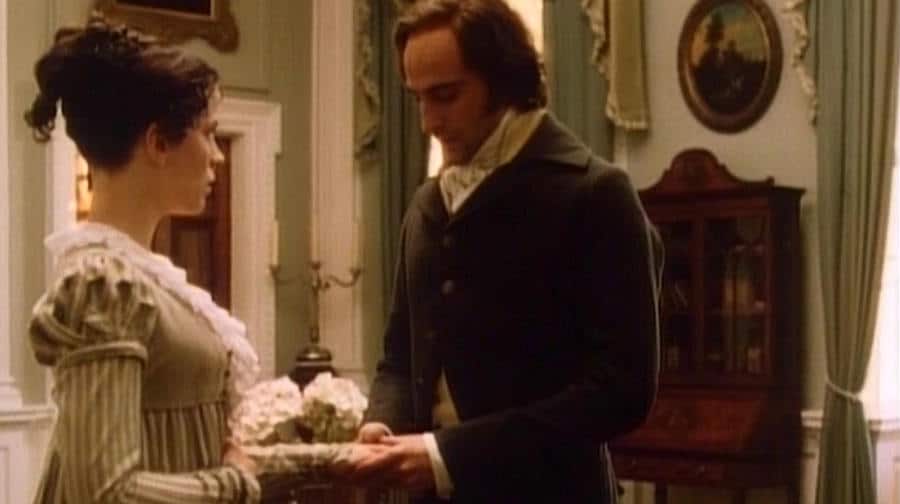 As with any story that has the misfortunate of being remade time and again, comparisons are bound to be made. I remember my mother liked Mark Strong as Knightley from the start. As someone who’s always been fond of this particular Austen hero, I sort of balked at him in the role. He wasn’t at all suited to what my mental image of him had been (this, I can blame on Jeremy Northam). Subsequently, each time I watched this, I grew more and more fond of Strong in the role until I have reached the point where I can appreciate each of the portrayals of the men who’ve stepped into the iconic role (beginning with the 1996 box office adaptation). They bring something different to the leading man. Kate always plays Emma with a sense of individuality. She’s definitely the most self-assured and almost “cruel” Emma I’ve encountered on-screen. At the very least, she’s certainly the most unpleasant Emma I’ve met and Kate pulls this off with her cool aristocratic beauty.

If Pride and Prejudice is Jane Austen’s defining work, then Emma is certainly her most lighthearted. Whether or not it’s your favorite version of the story, A&E’s adaptation has plenty to offer. It won a handful of awards and is definitely full of whimsical moments unlike its peers (Emma is quite the daydreamer in this story). From the hilarious chicken thieves’ subplot to the complete and memorably sweet ending, Emma is worth any Austen aficionados’ time.

Have you seen this adaptation? What’s your favorite thing about it? Sound off down below!

Our romance-themed entertainment site is on a mission to help you find the best period dramas, romance movies, TV shows, and books. Other topics include Jane Austen, Classic Hollywood, TV Couples, Fairy Tales, Romantic Living, Romanticism, and more. We’re damsels not in distress fighting for the all-new optimistic Romantic Revolution. Join us and subscribe. For more information, see our About, Old-Fashioned Romance 101, Modern Romanticism 101, and Romantic Living 101.
Pin this article to read later! And make sure to follow us on Pinterest.
By Rissi JC on September 16th, 2015