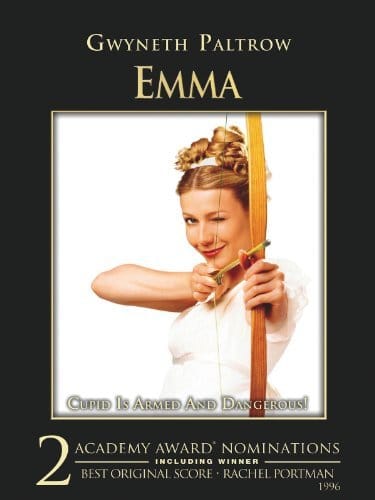 For many years, this adaptation of Emma – from writer and director Douglas McGrath – easily won my heart as the favorite in a crowd of other interpretations of this witty Austen classic. I think the primary reason can be attributed to this being the first version of the classic love story I’d seen. The more recent BBC version was merely an idea at the time and I wasn’t aware of A&E’s retelling as of yet. Because of these factors, I’d already seen this several times before introduction to any other versions. Grouped in with the lineup of other period dramas Miramax released during the ’90s, this version is also flawed but still one of my favorites for reasons I shall attempt to put into words. 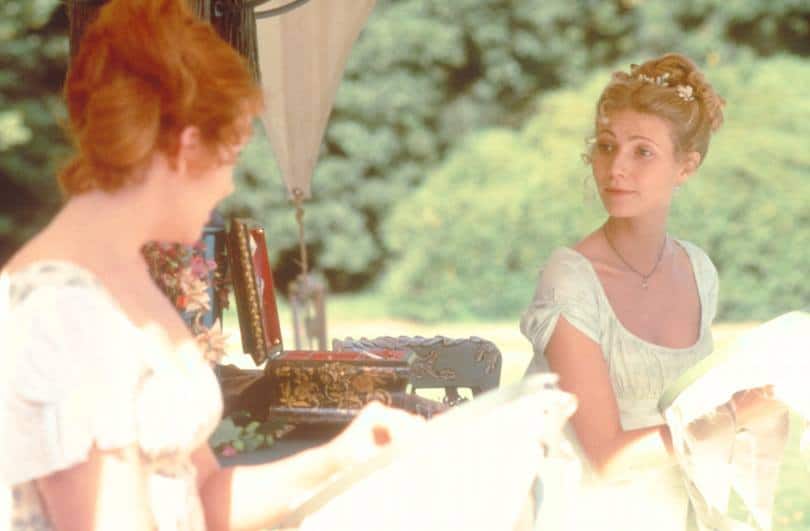 Having now watched all three of the primary adaptations of Emma, my work has now come to an end. What I discovered and loved about the experience of revisiting these is each version has its merits, weaknesses and unique approach to storytelling. This version doesn’t have a lot to recommend itself if you look at the surface, especially to those of us spoiled by the beauty and authenticity British period dramas bring, however, look underneath that and there is plenty of good to be discovered. The script is brimming with some great lines and speeches. I also particularly liked the emphasis on Emma and Miss Taylor’s relationship; I like that it is Miss Taylor who Emma confides in (about Mr. Knightley) and I enjoyed the few scenes between the two of them. While I like Johdi May (BBC’s Emma) in the role best, this version gives us the sweetest relationship. The rest of the cast has its ups and downs as well. Though Gwyneth might not be the universal favorite, I do enjoy her as the titular character. She somehow strikes a balance between being the proud aristocratic lady her upbringing might have fostered and keeping a more whimsical personality. But really, it’s Jeremy Northam that keeps me returning to this version. No one – and I mean no one has, in my opinion, encapsulated the “badly done, Emma” speech as he delivers it. The entire scene nearly makes the film. In fairness, this is partly thanks to his and Paltrow’s portrayal working together in the emotional scene. (Actually, he really sells the “men of sense” line too.) However, their pairing is not my favorite in terms of the romance. (I really enjoyed the innocence and hopefulness in the 2009 miniseries, which might be my favorite in terms of the romance.) 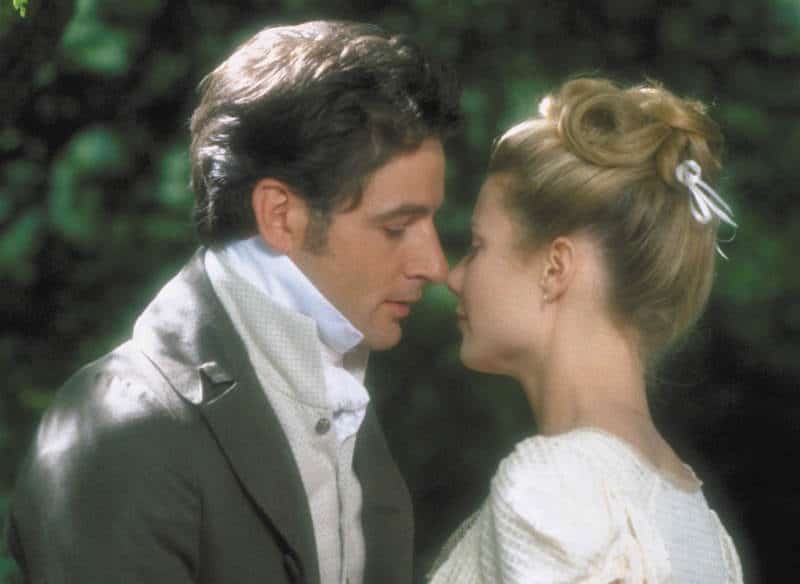 Beyond that, my complaints are minor and petty (like the styling of Gwyneth’s hair which I most often found very unattractive on her). This has a sweet romantic-comedy tone that might not endear it as the most authentic of Austen’s works, but I think she’d have appreciated the subtle shifts. In the two hours the script has, the primary story manages to be told with a kind of comical ease, and that’s a wonderful feat not to be sneezed at. The cinematography in the film is also worthy of note; this version creates some really pretty pictures.

If only for the reason that this holds the title of being the first Emma story I experienced on screen, this adaptation has a special place in my rankings and heart. This adaptation may have its flaws, same as its titular heroine, but I still love it all the same.

In closing, have a look at Jeremy Northam’s “Badly done, Emma” speech:

What do you think of this adaptation? I’d love to hear your thoughts, impressions or favorite adaptations/scenes/actors. Comment down below.

You can rent Emma

on Amazon Instant Video or Buy it (It’s rather cheap at the moment) on DVD:

Our romance-themed entertainment site is on a mission to help you find the best period dramas, romance movies, TV shows, and books. Other topics include Jane Austen, Classic Hollywood, TV Couples, Fairy Tales, Romantic Living, Romanticism, and more. We’re damsels not in distress fighting for the all-new optimistic Romantic Revolution. Join us and subscribe. For more information, see our About, Old-Fashioned Romance 101, Modern Romanticism 101, and Romantic Living 101.
Pin this article to read later! And make sure to follow us on Pinterest.
By Rissi JC on October 22nd, 2015