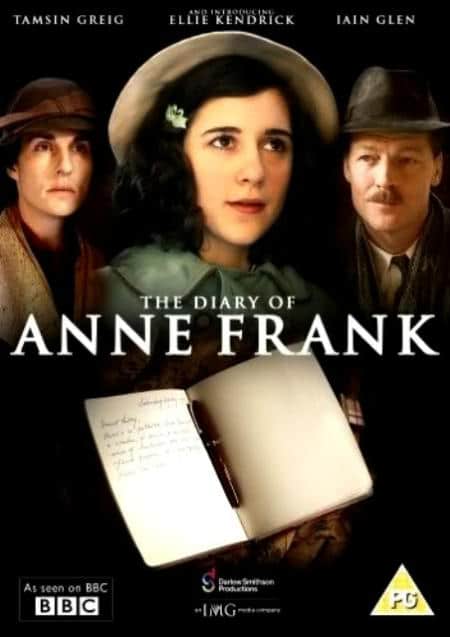 Out of all the adaptations, the BBC’s 2009 version of The Diary of Anne Frank is the one that for me hits emotionally the hardest. Ellie Kendrick brings Anne to life in a way that makes you feel like you’re truly seeing the real Anne, rather than an idealized version of her. She’s imaginative, full of life, yet also moody, sometimes overly critical and even lonely. The writer found just the right balance to bring Anne Frank to life. And not only Anne, but all of the characters.

What I love about this adaptation is just how real everybody feels. It’s easy to imagine and empathize what living in tight quarters with people who may (or may not) get on your nerves due to constant proximity might have been like. Not to mention living with the constant fear of dying from a bomb or being discovered by the Nazi’s and sent away to concentration camps. Yet, despite their difficult experiences, here we can see them as “real” human beings who continue to live their lives with hope. It was especially nice to see a truer, more human representation of Mr. Dussell (his real name Fritz Pfeffer), the oftentimes demonized Dentist who shared a room with Anne.

The nuanced performances (including a young Felicity Jones as Margot Frank), as well as a memorable script help, bring this true story to life in a way that leaves a lasting impression. And not only is the script wonderful, but the production quality is incredible as well; the costumes, the cinematography, the set, the hair, and makeup, etc…It’s no surprise this is a BBC production considering they almost always manage to do period just right. That said, the set of the Secret Annex is particularly worth mentioning. The design is so accurate it looks as if they could have filmed in the real location.

Unfortunately, most of us sadly know how this story ends. Yet even with that knowledge, the ending still hits you hard with a heartbreaking reminder: These aren’t fictional characters, these were real people who lived and died (Otto Frank, Anne’s father the only survivor).

Overall, the Director, Jon Jones, the screenwriter Deborah Moggach and, of course, the wonderful cast bring an emotional adaptation of Anne Frank’s diary to life in a version that should be the quintessential adaptation for many years to come. Also, it should be noted that there are two different versions of this film. The BBC edition with a run time of 150 minutes and the Masterpiece Classic edition running only at 100 minutes. Unfortunately, it is more difficult to get a copy of the full version than the edited one. Either way, the adaptation is worth watching. You can watch the condensed version on Netflix.

Our romance-themed entertainment site is on a mission to help you find the best period dramas, romance movies, TV shows, and books. Other topics include Jane Austen, Classic Hollywood, TV Couples, Fairy Tales, Romantic Living, Romanticism, and more. We’re damsels not in distress fighting for the all-new optimistic Romantic Revolution. Join us and subscribe. For more information, see our About, Old-Fashioned Romance 101, Modern Romanticism 101, and Romantic Living 101.
Pin this article to read later! And make sure to follow us on Pinterest.
By Amber Topping on August 15th, 2015