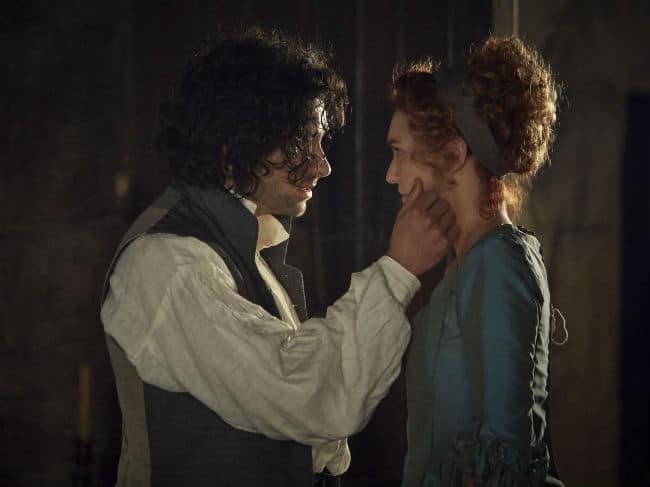 THE SETUP: Based on the famous book series by Winston Graham, Poldark tells the story of Ross Poldark after he returns home from the American Revolutionary War. On his return, he discovers his childhood love is now engaged to his cousin, his father dead and his home in shambles. From there, Ross rebuilds his life from nothing (against the advice of everyone) as he finds himself falling in love with a poor girl.

As soon as I heard the BBC was doing an adaptation of Poldark with Aidan Turner in the lead role, I knew this was going to be a series to watch out for. With Turner’s on-screen charisma and striking, almost wild good looks there literally was no one else who could play the moody, Byronic but loveable and heroic Poldark. Apparently the writer, Debbie Horsfield, felt the same. He was offered the role without an audition and the rest is history.

Known for roles such as Kili in The Hobbit films, Luke in The Mortal Instruments and Mitchell in the supernatural drama Being Human, Aidan Turner’s been a star on the rise for a few years now. But this epic, romantic role is sure to catapult Turner into Colin Firth or Richard Armitage like status for their performances as Mr. Darcy and Mr. Thornton. 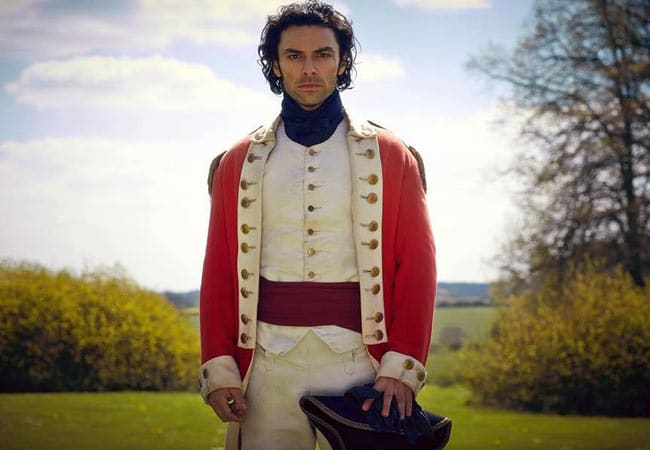 After this, every period drama fan will love Aidan Turner as Ross Poldark. Though I’d say he’s closer in character to Thornton with some Rochester and Heathcliff thrown into the mix than Darcy.

Besides Aidan Turner as the charismatic lead, the rest of the cast also shines. Eleanor Tomlinson (The Illusionist) is wonderful as the likable Demelza who works for Poldark (after he rescues her from being abused) and then falls in love with him. She’s naïve, innocent and even a bit wild, but she has a heart of gold that will make everyone root for her. Ruby Bentall (Lark Rise to Candleford and The Paradise) is also a scene stealer as Verity, the neglected “ugly duckling” of the Poldark family. Single and treated unfairly by her family, she is very close to her outsider cousin Ross who treats her as an equal.

You’ll also find yourself sympathizing with Elizabeth (Heida Reed) and her unfortunate circumstances after she goes through with marrying Francis, Ross’ cousin. Francis (as played by Kyle Soller) is both sympathetic and narcissistic. A tragic figure, his own choices lead him down a self-destructive path that is heart-wrenching to watch.

Then there’s the villain, George Warleggan (Jack Farthing). He is almost completely unsympathetic, though always three dimensional. Despite the dislike most will feel for him, you do understand his motivations. He’s like one of those bullies on the playground who thinks bullying others will make him friends eventually. 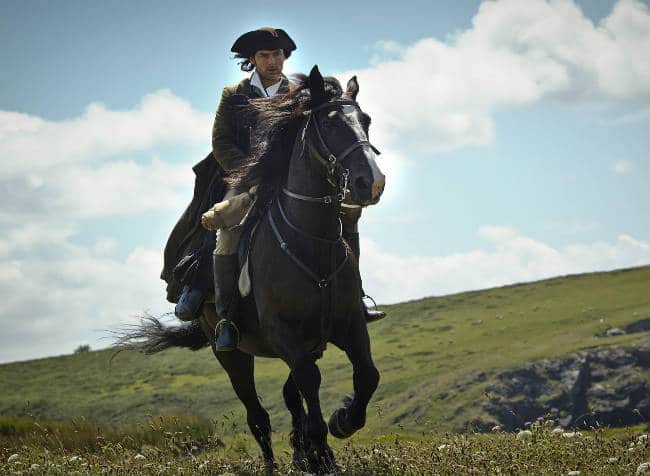 On top of the memorable performances, the production quality is extraordinary with breathtaking cinematography, fabulous writing and a fitting musical score. Poldark doesn’t really take any missteps if you’re looking for an impressive period drama. 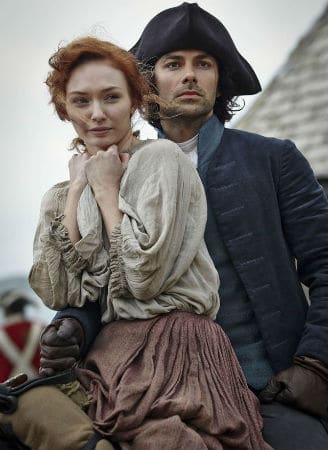 If you combined a Bronte novel with Dickens, you might find Poldark.

Poldark is also wonderfully romantic without being just about the romance. The love story between Ross and Demelza will likely make women swoon everywhere, but the social commentary and deep themes make the love story all the stronger. Poldark is not simply a romance, but rather a drama with a strong romantic angle. In fact, Poldark is a show that everyone can enjoy, even if you aren’t into romance. This is not a cheesy production. The story includes serious content like extreme poverty, abuse, murder and corruption. If you combined a Bronte novel with Dickens, you might find Poldark.

That all said, Poldark is not your graphic, cable network like series. So if you’re looking for lots of violence and sex you will be disappointed. But if you don’t mind the old-fashioned storytelling, you may love this series. If you love shows like Outlander, but perhaps find the graphic content unsettling, Poldark may be the better fit. It’s every bit as romantic with beautiful countryside and accurate costumes, yet is more old-fashioned in the presentation. I’d say Poldark is more akin in style to Downton Abbey. And while Poldark is nothing like Downton Abbey story wise (or even time period), the level of quality and PG content is similar, so if you’re a fan of Downton, you should love Poldark.

In all, if you love historical fiction, period dramas, well written characters, old-fashioned romance or even Byronic Heroes, Poldark is must see television. Without a doubt, it’s one of the best series I’ve seen in years.

If you’ve missed the first two episodes that have already aired on PBS, no big deal as you can catch up and watch the episodes online at PBS.org.

Our romance-themed entertainment site is on a mission to help you find the best period dramas, romance movies, TV shows, and books. Other topics include Jane Austen, Classic Hollywood, TV Couples, Fairy Tales, Romantic Living, Romanticism, and more. We’re damsels not in distress fighting for the all-new optimistic Romantic Revolution. Join us and subscribe. For more information, see our About, Old-Fashioned Romance 101, Modern Romanticism 101, and Romantic Living 101.
Pin this article to read later! And make sure to follow us on Pinterest.
By Amber Topping on June 29th, 2015