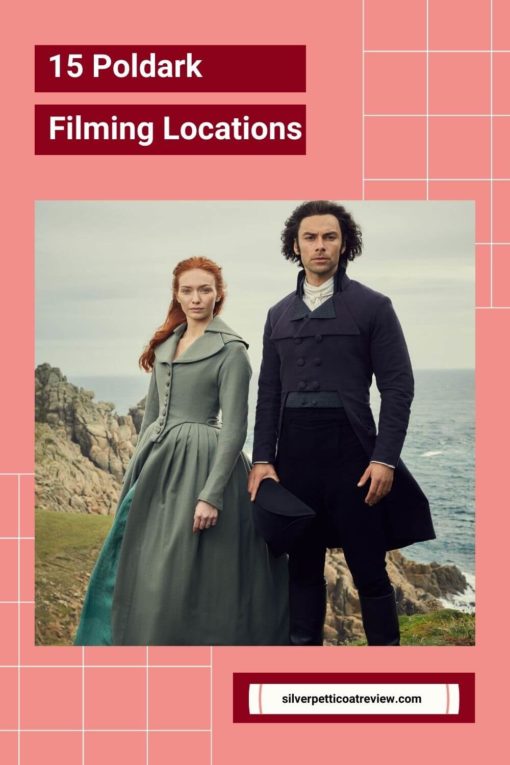 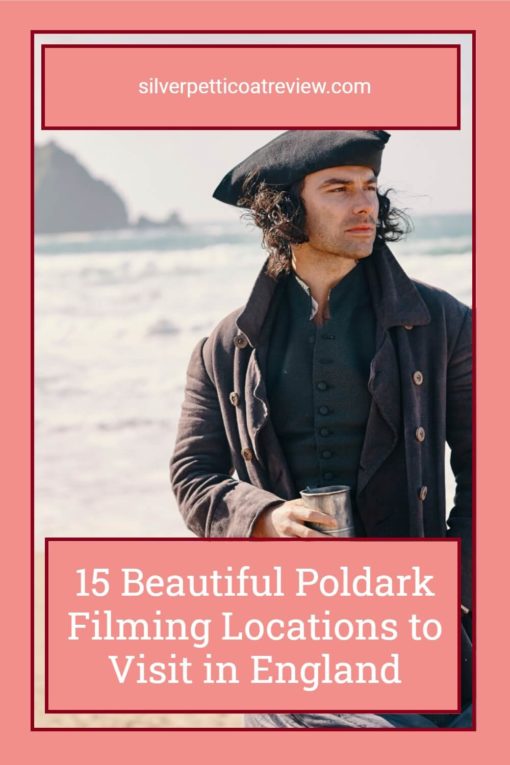 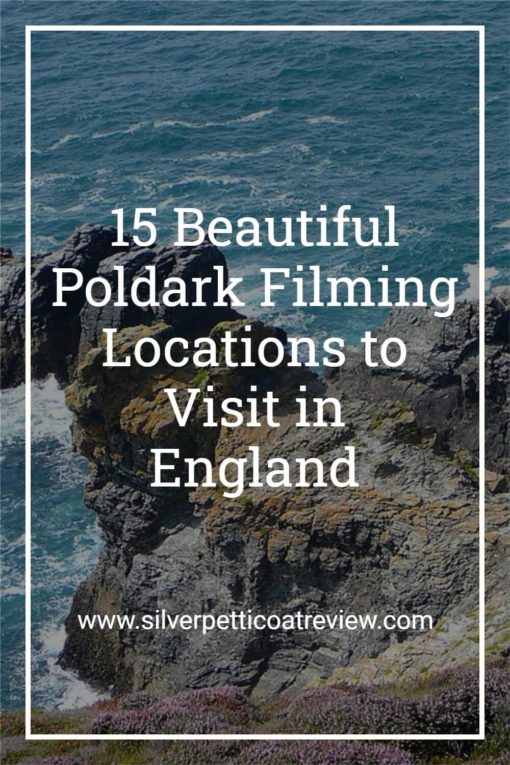 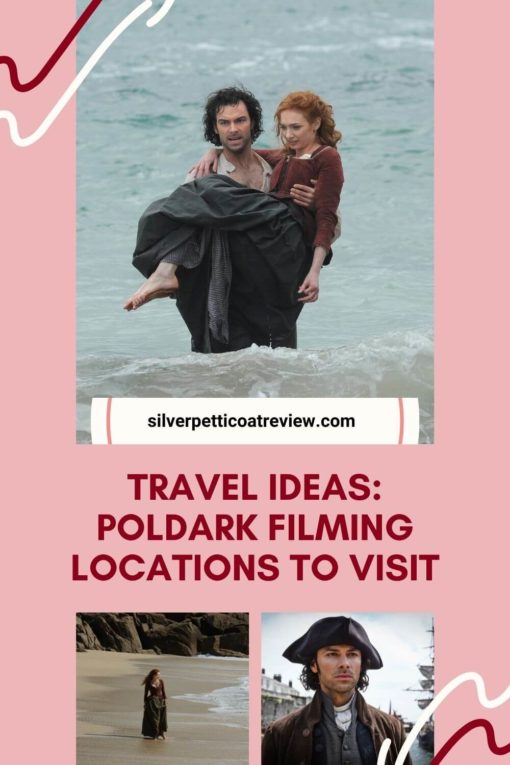 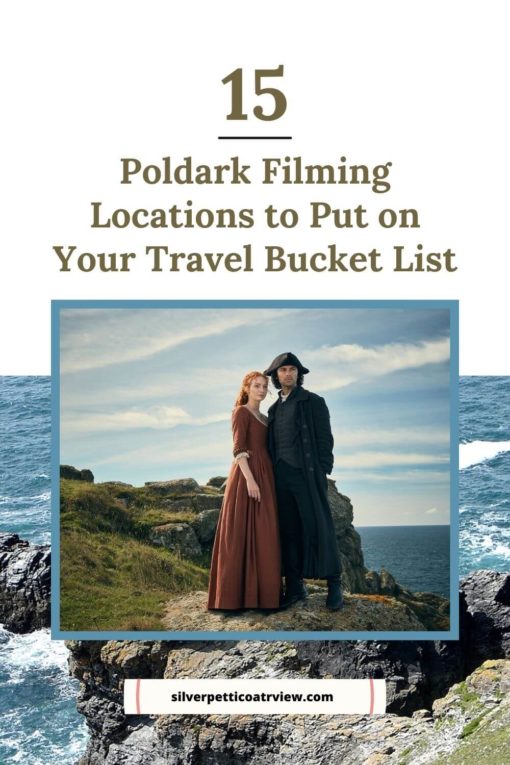 WHERE IS POLDARK FILMED?

One of the best aspects of the romantic period drama is the gorgeous scenery – mostly filmed in Cornwall with its spectacular views along the coastline.

Based on the best-selling novels by Winston Graham, Poldark follows the story of Captain Ross Poldark in Cornwall, England, in the late 18th century, along with his friends, family, and enemies. It’s full of romance, tragedy, triumphs, and more. The series ran for five seasons and aired on the BBC and PBS Masterpiece.

If you haven’t seen the series yet, you can currently watch it on PBS Passport, Prime Video, PBS Masterpiece on Amazon Video. You can also buy it on Digital and DVD.

Now that Poldark has been over for almost two years, it’s been enough time to build up a healthy amount of nostalgia for the BBC drama. So, with restrictions lessening and travel opening back up, we thought it would be fun to explore some of the most spectacular Poldark filming locations.

RELATED: The 15 Best And Most Romantic Beaches In California You Need To Visit

With the dazzling rocky beaches, the romantic moors as moody as Ross Poldark himself, and old-fashioned locations feeling like you’ve time-traveled to the 18th century, England (and especially Cornwall) should be on your travel bucket list.

So, take a tour of fifteen of the most beautiful Poldark filming locations to visit on your next trip to England.

In the St. Breward area of Bodmin Moor, you’ll discover the stone farmhouse that served as the exterior of the Poldark family’s house.

In Bodmin Moor, they also filmed Dwight’s cottage, miners’ cottages, jail scenes at the Bodmin Jail, as well as numerous scenes between Ross and Demelza.

The natural, rugged beauty of the area and the wild moors make this a beautiful spot to visit.

When PBS asked the cast where Poldark fans should go if “they ever need to work out a deep internal conflict, or heartbreak, by staring out at the sea from the top of a cliff,” Heida Reed (Elizabeth Warleggan) recommended the Botallack Mines, saying that it’s “a really good space to walk and have a self-reflective moment.”

In the series, Botallack Mine stands in for Wheal Leisure and Grambler. So, the production crew filmed many of the main exterior mining scenes (with CGI help) in this place.

Charlestown stands in for the towns of Truro and Falmouth, such as when Verity and Captain Andrew elope. If you see a backdrop of sailing ships, then this is likely where they filmed it.

If you want to see historic tall ships and feel like you’re stepping back in time, you’ll want to visit this old-fashioned village.

The historic Elizabethan home, Chavenage House in Gloucestershire, served as Trenwith House. The house is currently closed to visits, but they hope to re-open in late June 2021.

Fun fact, the house is often used in period dramas, including Tess of the D’urbervilles and Lark Rise to Candleford.

If you want to visit the shipwreck site from series one, you’ll want to go to Gunwalloe Beach, known as Church Cove. The area is famous for shipwrecks, so it makes sense that the Poldark filmmakers chose to film their huge shipwreck scene here.

There are plenty of gorgeous beaches and a vast parking lot owned by the National Trust.

Gwennap Head in Cornwall—a favorite spot of Jack Farthing—is featured in many shots looking out to sea and is often used as a coastal route. You’ll recognize this as the place Drake and Morwenna meet, for example.

Jack Farthing says that Gwennap Head “is pretty amazing, as long as you don’t get close to the edge! It’s just so dramatic and incredible and beautiful, and watching the sunset there is amazing.”

If you visit, be aware that there is no vehicular access, and you have to walk in.

Are you looking for a sandy beach along the Cornish coast? Well, you can’t go wrong with the golden sands of Holywell Bay.

In the series, it represents “the best beach in Cornwall” owned by the Warleggans. Some memorable scenes include Ross asking Demelza to join him in London, Dwight and Caroline riding horses together, Drake and Morwenna at the Holy Well, and more.

It’s one of the more romantic Poldark filming locations.

Levant Mine and Beam Engine in St Just stood in for Tressiders Rolling Mill in the show. Besides being used for Poldark, it’s also a cool place to visit because, according to the National Trust, it has “the only Cornish beam engine anywhere in the world that is still in steam on its original site.”

So, you’ll be able to hear “sounds of whooshing steam,” which is pretty fun!

Kynance Cove is the perfect spot for romantics! While used in Poldark for numerous scenes, perhaps its most memorable moment is when Ross rescues Demelza when she goes into labor (shown in the photo above).

Here you’ll find gorgeous white sand, a turquoise sea, and rock stacks! There are also islands and sea caves to discover. Just be warned that it gets hectic in the summer.

If you’re in the mood for dramatic cliffs and gorgeous coastal scenery, then you’ll love this Poldark filming location. A few scenes were filmed here, including Ross on horseback and Demelza walking along the cliffs.

In the summer, wildflowers cover the cliffs, so it’s a beautiful place.

The picturesque fishing hamlet represented the Sawle village where Sam and Drake Carne live. It’s a popular filming location and the perfect place to visit if you want to stay away from the tourists.

Porthcothan Beach is one of the beaches representing Nampara Cove in the series. The crew filmed many horseback riding and swimming scenes in this idyllic spot.

Porthcurno is another beach that stood in for Nampara Cove as well as Hendrawna Beach. The picturesque place has “high craggy cliffs” with turquoise water and white sand.

In a memorable scene filmed here, Ross (while in jail) dreams of walking hand in hand with Demelza at sunrise.

If you’re looking for an ideal swimming location, you’ll love Porthgwarra. Porthgwarra Beach is famous for Ross’s skinny-dipping scene while Demelza watches from a distance in season one.

Full of wildflowers and birds, the secluded cove/fishing hamlet is known for its spectacular “unspoiled” beauty. It’s also known for being quieter than other beaches.

St Agnes Head and Chapel Porth represented part of Nampara Valley in Poldark. You’ll recognize it from the numerous cliff-side horseback riding scenes in the show.

When visiting, you can go stargazing, go on beautiful walks, check out the engine houses, and enjoy the spectacular scenery. You’ll also want to do the Wheal Coates Tin Mining Walk. It will give you an idea of the magnitude of how big the mining industry was in Cornwall once upon a time.

Fun fact, Winston Graham lived near here for thirty years and wrote his first Poldark novel in this location.

Have you been to visit any of these Poldark filming locations? What place do you recommend visiting? If not, is this now on your travel bucket list? Let us know in the comments!