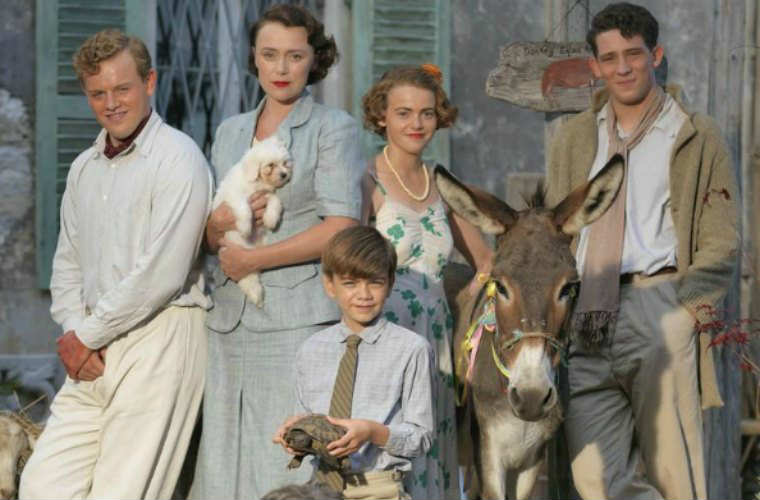 The Durrells in Corfu, Series One Review

When I think of British dramas, I often associate them with the likes of Charles Dickens or Jane Austen adaptations. But every once in a while as a viewer, there’s one production that shatters the cookie-cutter mold. ITV’s The Durrells in Corfu is one example of this.

Keeley Hawes leads the cast as the matriarch, Louisa Durrell. Living in England in the aftermath of WWII, her family is something of a mess. Her eldest son (Josh O’Connor) works as a real estate agent who plays at writing; son Leslie (Callum Woodhouse) does nothing but shoot things for sport; her teenage daughter (Daisy Waterstone) cannot seem to learn anything, and instead of trying, she sets out to find a husband. Then there’s her youngest, Gerald (Milo Parker).

Gerry has a tender heart for all creatures great and small but isn’t much for school. Tired of fighting with these children, Louisa (a widow) is at her wit’s end, a woman who has a weakness for drink. These many challenges inspire her to move her family to the Greek island of Corfu.

Upon their arrival, they suffer through a language barrier, a crumbling house, missing bank funds, and any number of calamities.

As a period drama, this is one of the funniest I’ve seen. I love the humor, the quirky events that take place, and none of this makes mention of the characters. Based on the memoirs of the youngest son, Gerald Durrell (and in spite of the silliness), this series still comes across, somehow, as realistic. I think what makes this work this well is the “mess” in the lives of these characters. It’s what humanizes them, makes them so endearing, and easily relatable.

Consequently, what helps this is the fact that these characters are living, breathing people. Their life takes on a life of its own because of this. Furthermore,  what helps this along is the stellar cast. Led by veteran British star Keeley Hawes, the actors playing her people are equally fabulous. They all impress, and what’s more, you will spot many familiar talents including but not limited to Jeremy Swift (Downton Abbey) and Barbara Flynn (Wives and Daughters). Even film legend, Leslie Caron plays an important role in a handful of episodes. Plus the addition of the Durrells taxi driver, Spiros, makes these characters (collectively) even more of a lark. 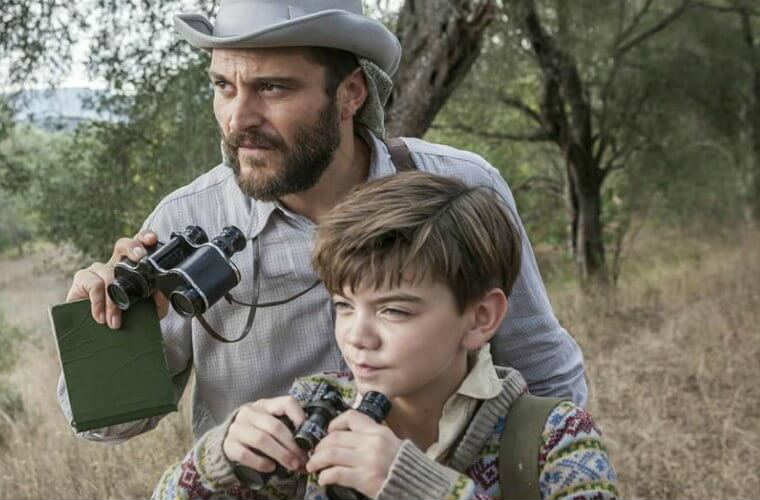 Anything that airs on Masterpiece is sure to live up to the name, and this production is no different. It’s marvelous no matter its era. From the sets to the gorgeous rustic Greek scenery and the humorous shenanigans that go on, everything is the gold standard of entertainment.

Those who appreciate period dramas like A Royal Night Out or Our Zoo will be sure to appreciate this darling little series. Andor those of us who like this family, ‘Durrells’ has been renewed for a second season which I can honestly say is a delightful prospect. I’m already anticipating a return to the colorful lives of the Durrell family.

Content: There is some talk of sex (the children try to push their mother towards engaging in a fling; Larry’s relationship with his girlfriend consists of them keeping to his room. His siblings talk about what he and Nancy are doing.). There are also some thematic elements and a few instances of British slang. The show is rated TV-PG.

You can rent Durrells in Corfu on Amazon Video or purchase the series on DVD.

Our romance-themed entertainment site is on a mission to help you find the best period dramas, romance movies, TV shows, and books. Other topics include Jane Austen, Classic Hollywood, TV Couples, Fairy Tales, Romantic Living, Romanticism, and more. We’re damsels not in distress fighting for the all-new optimistic Romantic Revolution. Join us and subscribe. For more information, see our About, Old-Fashioned Romance 101, Modern Romanticism 101, and Romantic Living 101.
Pin this article to read later! And make sure to follow us on Pinterest.
By Rissi JC on January 18th, 2017

2 thoughts on “The Durrells in Corfu (2015), Series One – ITV’s Zany Biographical Comedy”