I saw Wives and Daughters around 2005, during a recurring period drama binge where I discovered many, many wonderful period drama gems. On the initial viewing, I enjoyed it a lot. It’s with subsequent viewings that my adoration and appreciation for this miniseries grows by leaps and bounds.

An adaptation of Elizabeth Gaskell’s novel of the same name, Wives and Daughters, is less popular than its BBC period drama predecessor Pride and Prejudice, but no less interesting.

The novel, unfortunately, unfinished at the time of her death, is expertly adapted for the BBC by British television’s screenwriting rock star du jour, Andrew Davies. In such capable hands, you may rest assured that Wives and Daughters will have something good to recommend it.

What Is It? Is It Something Bad? 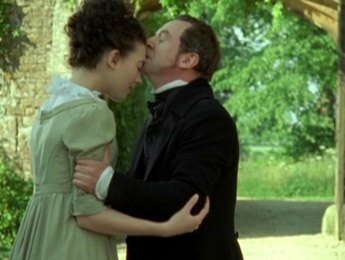 Wives and Daughters is told from the perspective of Molly Gibson (Justine Waddell) a young woman who is raised by her father, a physician by profession after her mother dies. Molly and Mr. Gibson (Bill Paterson) are close, a reason she is devastated when her father chooses to remarry a woman she doesn’t like very much. As Molly shares with a friend, “I met her once when I was a little girl. Everyone said that she was very kind to me. She let me rest in her bed and then she forgot all about me. I don’t think she cares for other people very much at all”. Instinctively Molly understands her new stepmother.

The marriage, however, changes Molly’s quiet life. The change introduces her to a brash, and often manipulative stepmother, Hyacinth (Francesca Annis) and her flirtatious stepsister Cynthia (Keeley Hawes). Despite their differences in mood and temperament, Molly and Cynthia become close. Between the stepsisters and their mother, however, there is an ever-present tension. Cynthia, in particular, is outspoken in her disregard for her mother’s opinion, something that always makes Molly uncomfortable, despite her inclination to silently agree with Cynthia’s sentiment.

Miss Gibson – Molly. You probably won’t like me very much for saying this but it doesn’t do any good to prejudge people, especially on the bad side. We have to give things a chance to turn out well. It might be for the best after all. 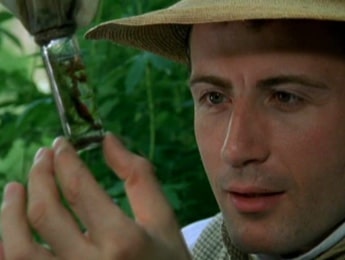 Another family at the heart of Wives and Daughters is the Hamleys. Squire Hamley (Michael Gambon) has two sons – Osborne, the heir and family favourite – and Roger, the studious, responsible second son. Osborne (Tom Hollander) is tortured, unable to share an important secret with his family for fear of their reaction. Roger (Anthony Howell) however, is stable and over the course of the story, develops a close relationship with Molly. Affection comes before love blossoms for Molly, but it is not reciprocated. Roger almost instantly falls in love with Cynthia, leaving Molly devastated. Cynthia however, is not without secrets either. When Mr. Preston (Iain Glen) arrives in town, his presence threatens to unravel Cynthia’s scandalous actions and in turn place Molly’s impeccable reputation at risk.

What’s To Be Done Then? 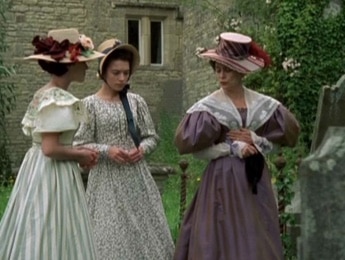 If there is one thing to recommend Wives and Daughters, it’s the exceptional cast. The BBC truly does period drama right because it attracts and casts a stellar ensemble of actors to bring these iconic characters to life. Justin Waddell, already a BBC alum due to her work in Tess of the D’Urbervilles, is my Molly from the novel. Strong-willed yet innocent – and sometimes naïve too – she is lovely to watch. Her heartache, happiness and disappointment are palpable, as is the wonderful portrayal of the father/daughter relationship at the heart of the miniseries. Bill Paterson is perhaps my favourite actor in the series. As Molly’s father, his care and consideration for his daughter is incredibly touching. In a world where darker relationships with sinister intent are usually highlighted, it’s refreshing to see a father and daughter’s real affection for one another. 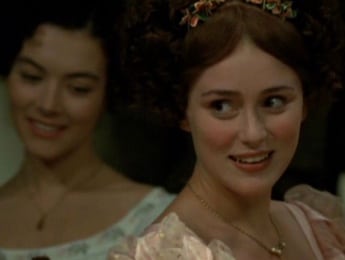 Keeley Hawes (a favourite of mine in Our Mutual Friend) steals the show, however, as Cynthia. Flirtatious, shallow and fun, she seems to live her life in the moment, aware of the consequences of her actions, but complicit in the execution nonetheless. She is an intriguing character who admits she doubts she will ever be able to truly fall in love. This inability might be one of the reasons she continues to make bad judgements and seems unfulfilled and unhappy.

Like Gaskell’s other period piece North and South, Wives and Daughters also touches on how the world is changing, even in a small country village. In particular, Michael Gambon is fantastic in his role as a prejudiced father who is unable to accept change, and in doing so, alienates his son Osborne with devastating consequences.

I’m only a cause of irritation to you. and home is no longer home to me, but a place where I am to be controlled and scolded as if I were a child. I am as ready as any man to earn my living but to prepare for a profession costs money and I have none.

Francesca Annis, like Hawes, is a scene stealer. As Molly’s stepmother and Cynthia’s mother, she is insufferable and as shallow as her daughter. An unapologetic social climber, she calculates the improvement of her daughters’ marital prospects based on the folly of others. Even worse, she is a little jealous of her daughter’s beauty and resents that Cynthia occupies so much of the spotlight. She is rather tragic and Annis is flawless in the role.

Give Me A Wise Man Of Science In Love 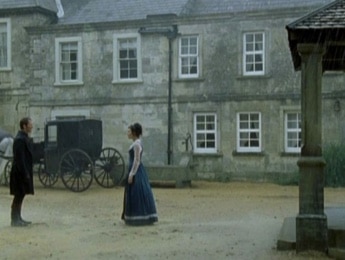 I was surprised to learn that this was Anthony Howell’s first television role. He is handsome and charming as Roger Hamley, a brilliant scientist. Like many of the characters, Roger too must mature over the course of the series and with time, his own mistakes and blind spots are revealed. Howell has wonderful chemistry with both Hawes and Waddell, but it’s with Molly where his true affections are tested. Their friendship is built first on the foundation of their mutual interest. With Molly, Roger is able to converse about science because she is genuinely interested.

One of my favourite moments in the miniseries is where the Squire asks Roger why he has never looked at Molly Gibson as a potential wife. Almost instinctively Roger says, “Molly’s like a sister to me.” The Squire knows best and becomes the biggest Molly/Roger shipper in the county. In fact, he goes so far as to give Roger advice on how to court Molly.

I don’t see why you don’t put up for her still! Don’t you think you could like her if you tried?! Just tell her you love her. And if she won’t have you now, then wait a while and ask her again. And don’t give up trying till you’ve made her safe.

It’s endearing and sweet, especially since as a character, the Squire has at this point, come a long way. As intended, soon Roger realises that the way he looks at Molly and the rush of accompanying emotions he experiences when he watches other men flirt with her is anything but familial.

You Always Do Us Good, Molly

The cinematography in Wives and Daughters is beautiful. The landscapes are pristine with rolling countrysides, complementing charming villages. However, the charm isn’t simply a visage of an idyllic country life. The series is clever about highlighting the claustrophobic feel of life in a small town and how difficult it is to survive and thrive within the constant air of societal rules, expectation and country gossip. 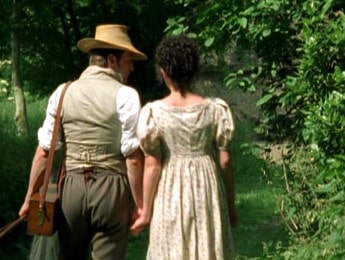 One of the things I love about this story is that all the characters – even Molly’s insufferable stepmother – are not all good or bad. Each character has moments that humanise them and create shades of grey where one is able to empathise with their plight. The Squire at the end of the series is left with heartbreak and guilt, leading him to reevaluate the choices he has made.

Ian Glen in particular, who plays Mr. Preston, is another example. He is not just the series villain, despite his less than noble intentions. In fact, I felt quite a pull towards his character’s desperation at a love that would forever remain elusive to him. The ability to write complex characters that tug you in various directions is a skill. With Wives and Daughters, Andrew Davies has managed to capture that fine balance very well.

Wives and Daughters is a special kind of period drama gold. Fantastic acting, a wonderful script and sweet romance. I don’t think much more needs to be said.

Where to Watch: Wives and Daughters is available for sale or streaming on Amazon.

Content Note: Wives and Daughters is rated PG and is safe for family viewing.

Have you watched Wives and Daughters? What did you think? Comment below and let me know!

Our romance-themed entertainment site is on a mission to help you find the best period dramas, romance movies, TV shows, and books. Other topics include Jane Austen, Classic Hollywood, TV Couples, Fairy Tales, Romantic Living, Romanticism, and more. We’re damsels not in distress fighting for the all-new optimistic Romantic Revolution. Join us and subscribe. For more information, see our About, Old-Fashioned Romance 101, Modern Romanticism 101, and Romantic Living 101.
Pin this article to read later! And make sure to follow us on Pinterest.
By Naazneen Samsodien on September 19th, 2017