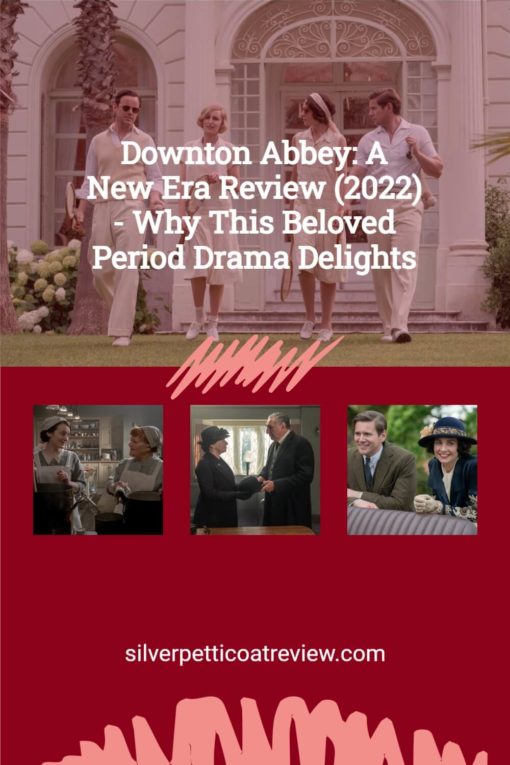 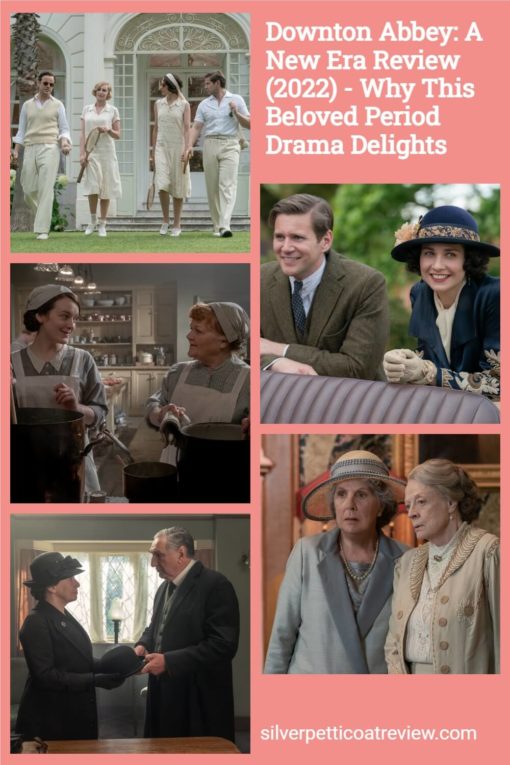 Downtown Abbey: A New Era is the second Downton Abbey movie and surprisingly superior to the first movie (which was also excellent!). If you loved the series, you’ll likely love this new film as it has all the qualities of a memorable – and extended – Downton episode.

It’s full of dry wit, old Hollywood magic, a touch of mystery, lots of romance, some goodbyes, and emotional moments, and ultimately feels like the period drama we all know and love.

Watching A New Era feels like visiting old friends in the best of ways. And that refreshing nostalgic feeling mixed with an entertaining but fresh story makes its return worth it.

THE STORY OF DOWNTON ABBEY: A NEW ERA

Downton Abbey: A New Era begins in 1928, months after the first film, with a wedding between Lucy and Branson. From there, the story splits into two parallel stories joining into one by the end:

RELATED: Sanditon Season 2 Review: Why the Romantic Period Drama Was Worth Saving

Without giving away spoilers, the movie brilliantly tells two intriguing stories that thematically come back around to pay tribute to Lady Violet (aka the always fabulous Maggie Smith) and her life while simultaneously showing love for every character that has walked the walls of Downton.

Downton Abbey: A New Era is just the comforting entertainment we all need right now. You’ll laugh, you’ll cry, your heart will skip a beat, and so much more.

Ultimately, this beloved period drama is brilliant escapism and continues to delight audiences because it captures universal truths while taking place in a different but fascinating time.

The story captivates from start to finish, the characters are memorable, the performances excellent, and the writing brilliant. Not to mention, the gorgeous costumes and emotional music composition add to the overall depth and enjoyment.

Downton also does well because, unlike many other shows and sequels, it stays true to what it always was. It continues to succeed because it doesn’t try to rock the boat.

While each new season and film attempts a fresh storyline that captures a unique time in history, it never tries to drastically change characters’ personalities or break up happy couples simply to create unnecessary conflict.

Instead, the television series creator Julian Fellowes focuses on giving the audience a fantastic story that is well-plotted with all the bells and whistles period drama fans want.

RELATED: Persuasion (2022): Everything We Know About The New Netflix Romance

But it never stays stagnant either – arguably because time moves forward in the Downton world just as it does in our own.

Basically, if Mr. Molesley could write a Downton Abbey movie we’d all love, it’d look just like this one.

If you’re wondering if the Blu-Ray with all the special features (plus the movie in HD) is worth buying, I can tell you the bonus features are as charming and fun to watch as the movie itself.

The DVD/Blu-Ray contains seven exclusive bonus features, including original commentary from Director Simon Curtis (it has lots of enjoyable tidbits and is great to watch if you love the art of filmmaking and how it works).

The movie looks brilliant on the television screen with the highest quality. So, if you loved the movie, are a Downton Abbey fan, or want to see it in HD on your TV, the Blu-Ray is worth checking out and adding to your personal collection.

Want a chance to win a copy? Enter our giveaway before July 13, 2022. Two winners will be randomly chosen.

Overall, Downton Abbey: A New Era is everything I love in a good movie. You feel good watching it and leave the theater (or the comfort of your couch) with a smile, absolutely satisfied.

Sure, it doesn’t have the excitement of Maverick (also brilliant) or the CGI of Jurassic World: Dominion, but it has something many movies forget today: the power of good, old-fashioned storytelling.

Not only does A New Era pay tribute to early Hollywood talkies, but it follows a similar structure as those Old Hollywood movies – concentrating on a well-formulated story and clever, witty dialogue rather than on CGI and visual effects.

So, if wit and happy endings are your jams, Downton Abbey: A New Era is the movie for you.

COULD THIS BE THE END OF DOWNTON ABBEY?

While A New Era has an air of finality, the movie also leaves the door open for more stories in the future.

Perhaps Downton will return as the story transitions into the 1930s. Or perhaps Julian Fellowes will explore other characters and places within the same world like The Gilded Age.

Maybe we’ll even meet new characters as the story skips a couple of generations.

Whatever the case, if the stories continue to delight, there is no reason there won’t be more Downton in the future.

Where to Watch: Stream on Peacock Premium, buy on Digital, DVD, or Blu-Ray (released on July 5, 2022). Check out our detailed guide for where to watch the rest of Downton Abbey.

What did you think of Downton Abbey: A New Era? Do you agree with our review? Let us know in the comments!