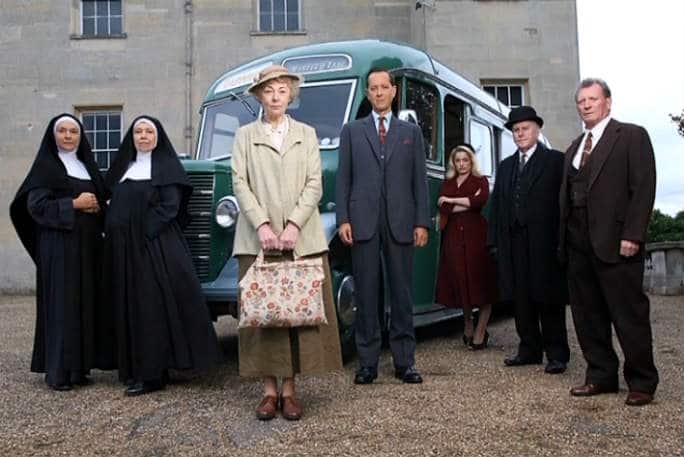 Agatha Christie’s Marple series (airing on ITV from 2004 – 2014) was a series I didn’t easily fall into. I’d heard conflicting reports and, as a result, wasn’t sure it was something I’d like. Once I did start the series, binge watching every episode I could get my hands on became my mission. It first starred the late Geraldine McEwan for three seasons; the latter years had Cranford’s Julia McKenzie stepping into the titular role of the grandmotherly sleuth. The show really combines nearly all of my favorite things in cinema. There’s always a smashing mystery, splashes of romance and, of course, it’s a period drama albeit one set in the 1950’s. Add to that the brilliant guest lists – trust me, you’ll squeal with excitement when you see your favorite British stars. For each ninety-minute episode, you’ll find a thrilling night of entertainment.

Sadly, for now the show is now defunct since ITV lost out its exclusive bid to produce Agatha Christie adaptations to BBC. But, fortunately, there are DVD sets to be discovered. Recently I re-watched the 20-some episode run and rediscovered my love of the series. Below are ten of the episodes I enjoyed most (Mostly because these episodes feature quite the array of talented British actors, some of who are now quite famous in iconic roles. In Marple, they are oftentimes unrecognizable due to the different types of films they’ve starred in, so stay sharp!) Without further ado, let’s have a look at ten of the best episodes from this charming series.

(Listed in Order of Air Date) 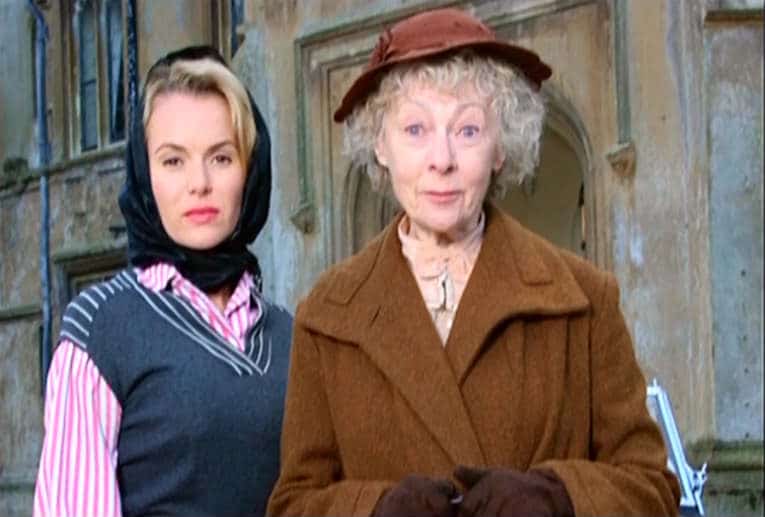 Prior to watching this, I saw the 80’s adaptation of this story. This episode doesn’t end quite the same as its predecessor (which is, in my opinion, the better ending), but I love the story. It’s about a murder witnessed from a passerby on a train, and the wealthy family Miss Marple believes may be hiding this murder. Guesting are Pam Ferris and Jenny Agutter (Call the Midwife).

#2. A Murder is Announced 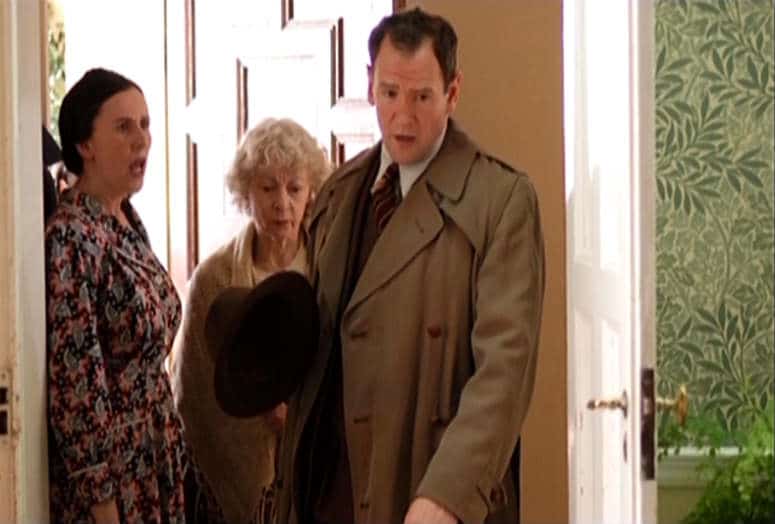 Secret Identities and small-town village life are the driving force of this script. Starring is Keeley Hawes (Wives and Daughters) and Matthew Goode, a well-known name from multiple BBC and American projects, including Death Comes to Pemberley, The Good Wife and most recently, Downton Abbey. 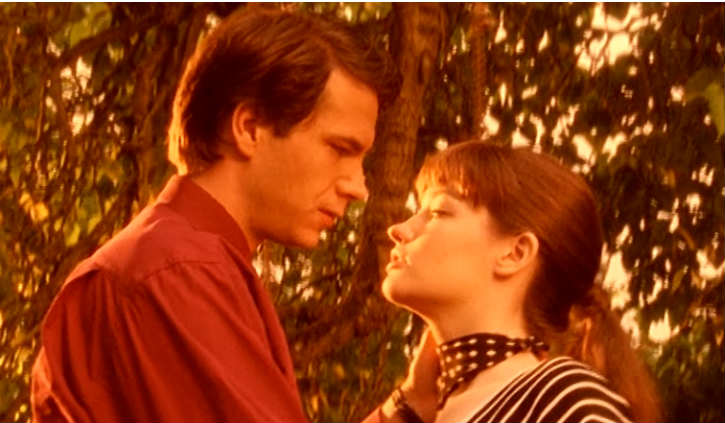 Starring the sassy Emila Fox (Ballet Shoes, David Copperfield) and James D’Arcy (Agent Carter) as siblings, I think I can easily say this is one of my most favorite or memorable episodes. The narration, the story, the twists, all of it makes for an entertaining 90 minutes of television. Plus, for the character, the ending is not only darling, it’s perfect. It also features Talulah Riley who previously starred as Mary Bennet in 2005’s Pride and Prejudice. 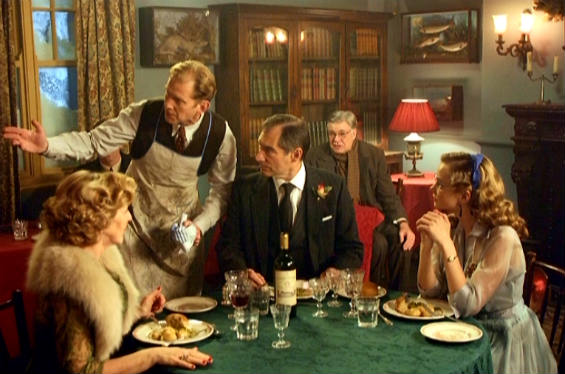 A decades-old murder and two mysterious heirs are the opening set-ups for this mystery. Not only is Miss Marple at her shrewdest in this story, it also boasts quite the impressive cast list including Timothy Dalton (James Bond), James Murray (Under the Greenwood Tree) and the enormously talented Carey Mulligan before she became Hollywood royalty thanks to films like The Great Gatsby. 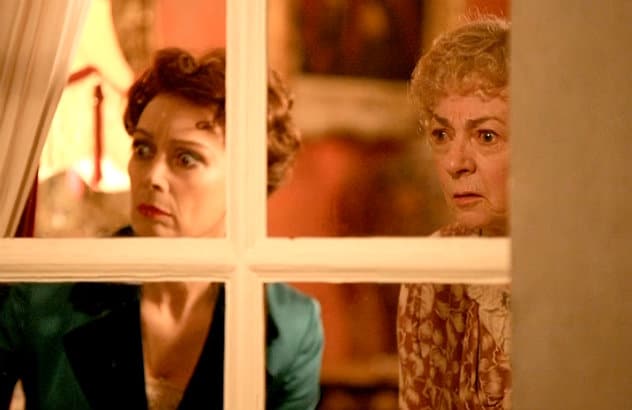 Though this doesn’t have as impressive of a cast (in terms of recognition), the story is amazing. It has a sweet sense of nostalgia and a darling romance that blossoms, plus the young maid, Jane who mirrors a younger version of Miss Marple makes for a fun plot. Francesca Annis (Wives and Daughters), Ed Stoppard (Upstairs, Downstairs), Mark Heap (who played our favorite, by-the-book postman in Lark Rise to Candleford) and Polly Walker are a few of the more familiar faces you’ll spot. 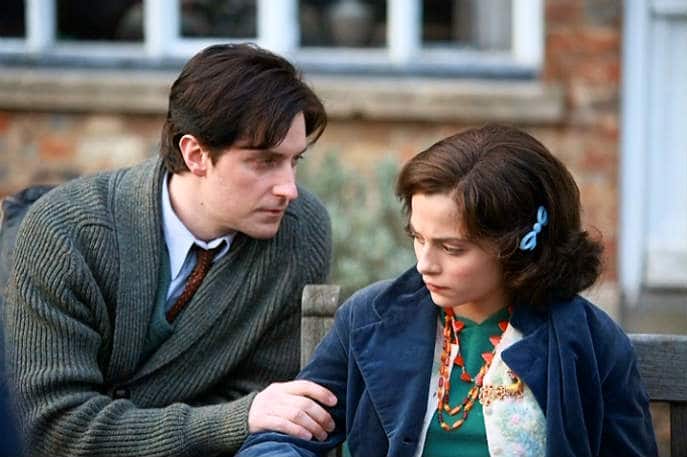 This is one episode that kept me guessing throughout – even a second time through. It’s about a diverse family of adopted children whose parents (played by Denis Lawson and Jane Seymour) have spoiled them to the point of no return. Following a death in the family, a son is blamed. The back and the forth question of his guilt is played superbly, but may also wind up disrupting the newfound happiness of the family. Juliet Stevenson, Richard Armitage (North & South and The Hobbit) and Belle’s Gugu Mbatha-Raw star. 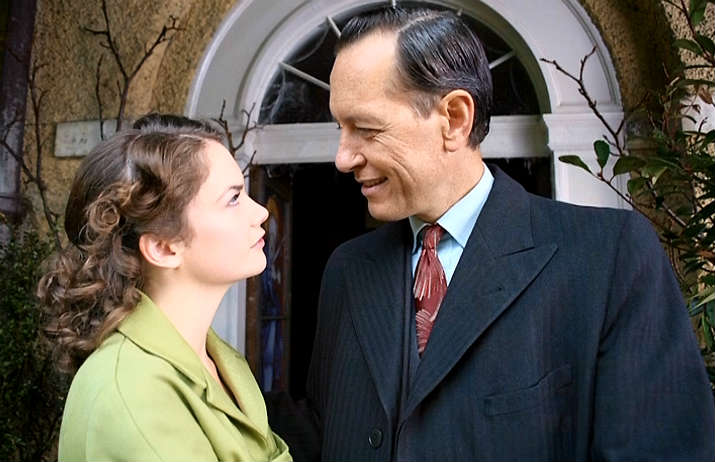 This story deals with a missing person, a German fighter pilot and, of course, we cannot forget that we finally meet Miss Marple’s nephew, Raymond, played to perfection by Richard E. Grant. Also, a highlight of the episode is seeing Dan Stevens of Downton Abbey fame guest. This time, he makes it to credits end. Ruth Wilson (Jane Eyre) is another familiar name to appear. 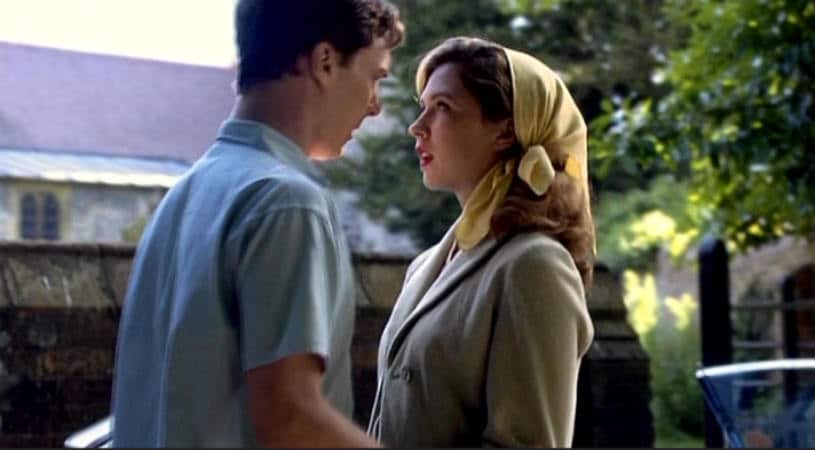 Although I do like this script and the pace at which the story unfolds, my primary (and most important) reason for including this episode should be self-explanatory: Benedict Cumberbatch. That’s right! Before he was the arrogant albeit beloved Sherlock Holmes, he had a role in Marple. It’s a darn good one too as he motors through the countryside beside Miss Marple, trying to solve a case that racks up victims quicker than Miss Marple can collect clues. Also, worthy of mention is Anna Chancellor (A&E’s Pride and Prejudice), Shirley Henderson and Hugo Speer (The Musketeers).

#9. The Secret of Chimneys 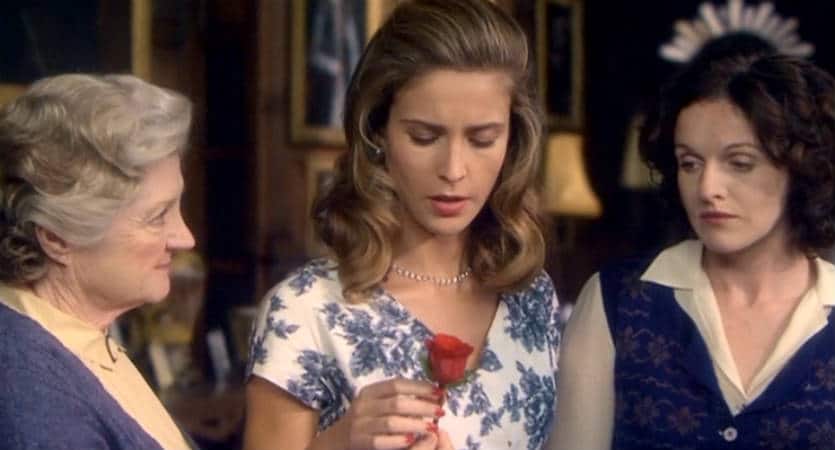 A murder from decades ago when Chimney’s was still in its prime, hosting its grand parties, a secret kept safely hidden away, and a Romeo and Juliet romance all have the makings of a new mystery for Miss Marple to sort out. Veteran actors Edward Fox and Stephen Dillane guest along with BBC’s Robin Hood Jonas Armstrong and Charlotte Salt (The Musketeers, The Tudors).

If you’ve ever wanted to see Lydia (Julia Sawalha) from A&E’s Pride and Prejudice in something 100% opposite her role as the giddy Bennet sister, this is an excellent place to start. Also starring in this mystery is Kimberley Nixon (Cranford), Judy Parfitt (Call the Midwife), and Sam Reid who is currently starring on The Astronauts Wives Club.

Which of these have you seen? Which famous guest stars did you spot? Do you have any favorite episodes of Marple? Comment down below with your favorites.

All six seasons of the series are now on DVD or you can purchase the episodes on Amazon Instant Video, beginning with season one (and the very first episode, The Body in the Library is currently free).

Our romance-themed entertainment site is on a mission to help you find the best period dramas, romance movies, TV shows, and books. Other topics include Jane Austen, Classic Hollywood, TV Couples, Fairy Tales, Romantic Living, Romanticism, and more. We’re damsels not in distress fighting for the all-new optimistic Romantic Revolution. Join us and subscribe. For more information, see our About, Old-Fashioned Romance 101, Modern Romanticism 101, and Romantic Living 101.
Pin this article to read later! And make sure to follow us on Pinterest.
By Rissi JC on July 15th, 2015