Jane Austen’s Northanger Abbey is one of the more neglected Austen novels. With less than a handful of faithful adaptations, Northanger Abbey has fewer interpretations than its more popular contemporaries. This, the 2007 adaptation by Andrew Davies for ITV’s Jane Austen Season, is possibly the most widely enjoyed. This accolade might, however, be due to the film’s charms, or simply because it’s the best in a field of very little competition. 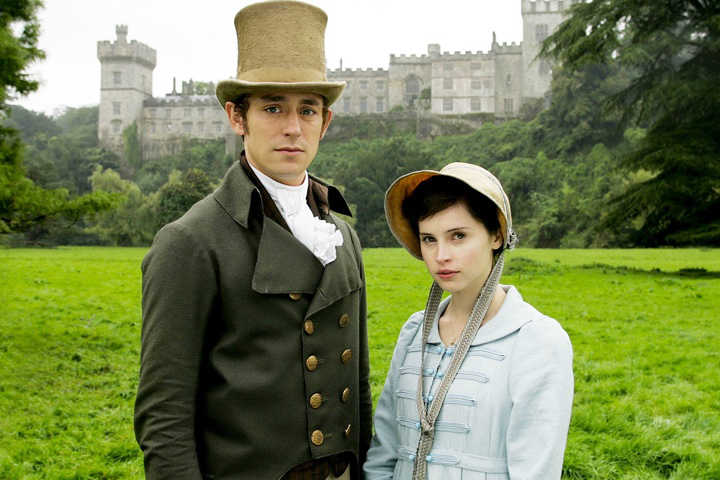 Prelude: No-one who had ever seen Catherine Morland in her infancy would have supposed her born to be a great heroine. Her situation in life, the character of her father and mother, and her own disposition, were equally against her. The Morland’s were, in general, very plain, and Catherine, for many years of her life, as plain as any. Neither was it very wonderful that Catherine, who had, by nature, nothing heroic about her, should prefer cricket and baseball to dolls and books. But by the age of 15, appearances were mending. Catherine Morland was in training for a heroine.

Northanger Abbey entertains with the story of Catherine Morland. The eldest daughter of a clergyman, Catherine, and her siblings are the rare products of a love-match. Raised in a small town, her worldview is sheltered and naïve, framed mainly by her avid interest in gothic romance novels.

What Could Be A More Innocent Or Harmless Pastime For A Young Girl Than Reading? 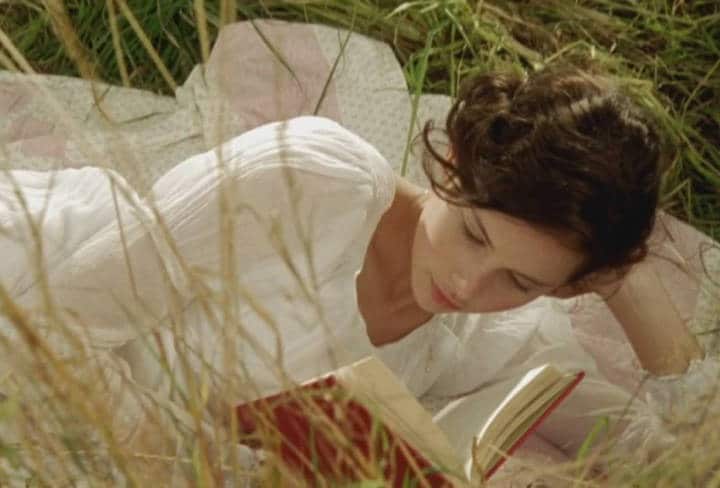 At the invitation of the family’s wealthy neighbours, Catherine is whisked off to Bath to experience the wonders, intrigues, and adventures of the season. Catherine befriends Isabella Thorpe, an effervescent young woman whose taste for gothic romance parallel’s Catherine’s. While they become friends, it’s obvious that Isabella is nowhere near as cosseted or naïve as Catherine.

My dear one, in this false world, people often make promises they have little intention of keeping. Remember, we are your true friends.

At a ball, Catherine meets the charming Henry Tilney and his sister Eleanor. It’s obvious that Henry has eyes only for Catherine and soon the Tilney’s invite Catherine to visit their home, Northanger Abbey. At the Abbey, however, Catherine’s overactive imagination is fed by her gothic surroundings. Soon the perceived mystery surrounding the death of Lady Tilney and the bouts of cruelty she witnesses from their father, Captain Tilney, leads her to conclude unimaginable truths.

Suffice to say, Catherine learns lessons about life and love, the difference between fact and fiction and the very harsh consequences of an overactive imagination.

Now I Must Give You One Smirk, And Then We Can Be Rational Again

Cast quite superbly, Northanger Abbey is at an advantage. JJ Feild as Henry Tilney is utterly charming and prone to delightful bouts of wit, usually followed by an adorable smirk. His chemistry with Catherine is almost instant and well balanced with playfulness. They flirt, they blush and even share one chemistry charged scene in the rain. As Catherine, a fresh-faced Felicity Jones is able to perfectly capture her naïveté and adventurous spirit. Catherine has no guile and basically allows her mouth to run away with her thoughts. It’s quite amusing and refreshing to watch her stammer around awkward confessions.

There were moments, however, when Catherine seemed a little too young when beside Henry, younger even than her purported 18 years of age. But this is a minor gripe and might be more attributed to Felicity’s wide-eyed open face, than any real transgression from an acting perspective.

I have to say, there is a kind of vampirism. No, let’s just say that all houses have their secrets, and Northanger is no exception.

I’d actually forgotten all about Carey Mulligan, who as Isabella Thorpe is rather shrewd and calculating. Mulligan is quite at home in period drama and it’s easy to see why her early roles were almost entirely within the period genre. The supporting cast also includes Catherine Walker and a fun little role for Liam Cunningham and Captain Tilney. 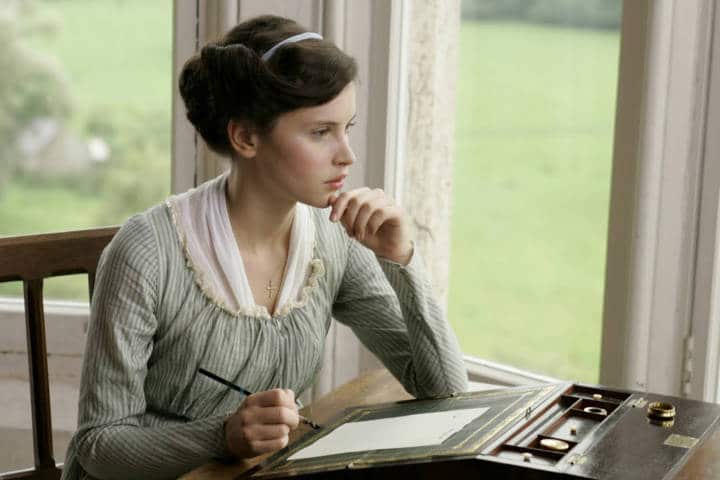 With Andrew Davis at the helm of the script, I had high hopes for Northanger Abbey. Thankfully, my faith was not misplaced. Northanger Abbey is filled with the wit and charm synonymous with Austen. The story is well paced and the gothic elements stylized and amplified to create more tension perhaps than the source material intended. It’s frothy and fun and the final scene between Henry and Catherine is all kinds of cute!

Northanger Abbey is one of the better overall productions from ITV’s Jane Austen Season and helped redeem the series after the first paltry excursion with Mansfield Park.

Fun fact: The green coat and buff breeches JJ Feild wears as Henry Tilney is the same costume Colin Firth wore when he played Mr. Darcy in Pride and Prejudice!

Where to Watch: Northanger Abbey is available for sale or to watch on Amazon. It can also be streamed on YouTube.

Have you watched Northanger Abbey or read the novel? If you have, what did you think? Comment below and let me know!

Our romance-themed entertainment site is on a mission to help you find the best period dramas, romance movies, TV shows, and books. Other topics include Jane Austen, Classic Hollywood, TV Couples, Fairy Tales, Romantic Living, Romanticism, and more. We’re damsels not in distress fighting for the all-new optimistic Romantic Revolution. Join us and subscribe. For more information, see our About, Old-Fashioned Romance 101, Modern Romanticism 101, and Romantic Living 101.
Pin this article to read later! And make sure to follow us on Pinterest.
By Naazneen Samsodien on August 23rd, 2017

11 thoughts on “Northanger Abbey (2007): A Feast of Coy Smiles and Charming Smirks”