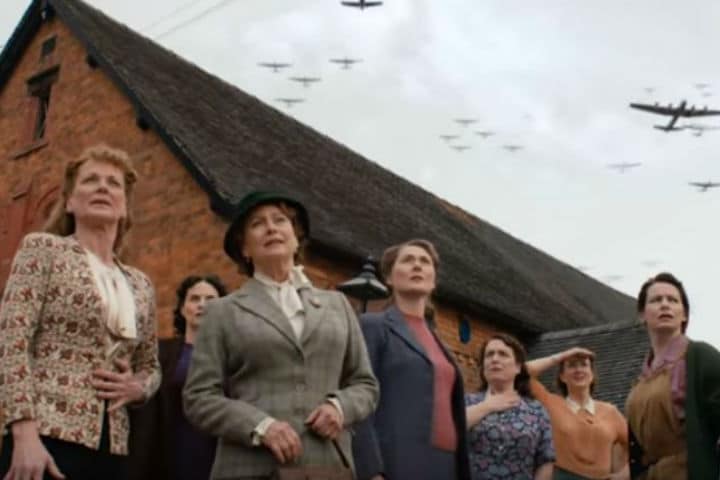 After season one of ITV series Home Fires aired, it left viewers in suspense about a couple of unresolved plot lines. Thankfully for fans of this show, Home Fires returns to the village of Great Paxford and the lives of its’ residents to give faithful viewers some of those answers while also raising new questions in its’ second and final season. If you have not yet watched the first season, beware of mild spoilers as we take a look at the continuing storylines of Homes Fires season 2. 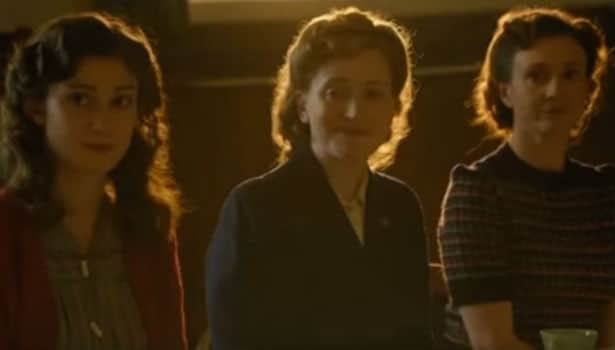 Season two picks up right where we left off with each of the individual story lines. While the WI (Women’s Institute) plays less of a role in series 2, the women of the WI and their families remain the focus of each episode. Home Fires is a character driven series after all. However, since it boasts a very large cast of characters, some of the women’s story arcs aren’t as well developed as others.

Some of the ladies who end up with a little less screen time in this season include the newly widowed doctor’s daughter Kate, who makes an appearance in only one or two episodes. The butcher and his wife Byrn and Mim also see a little less action. However, they do finally receive some answers about their son who was missing in action. Young lovers Claire and Spencer appear in the first episode and then also recede into the background.

Other characters who weren’t as heavily featured last season receive a more attention this time around including busybody telephone operator Jenny, and Laura Campbell, who must deal with the repercussions of her relationship with a married pilot. 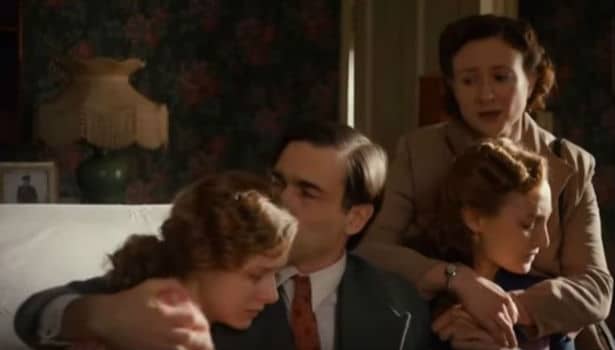 Of course, we return to some of our character favorites this season, including Doctor Campbell and wife. They determine to defeat the cancer invading his body while also maintaining the family practice. Sisters Frances Barden and vicar’s wife Sarah Collingborne have new challenges to face. While Frances is no longer at war with the snooty Joyce Cameron over the leadership of the WI she finds herself with a new type of battle to fight including the management of her husband’s business. Thankfully she has strong support from her sister and also from WI member and disgraced book keeper Allison Scotlock whose experience and knowledge make her a potentially valuable ally. 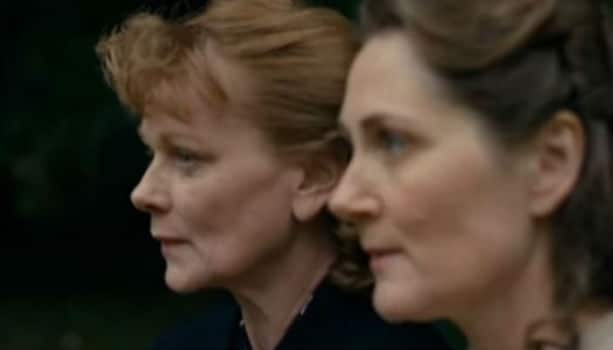 Allison’s housemate, friend and local school teacher Teresa Fenchurch benefits from more screen time and a surprising new romance. Our favorite put-upon village wife Pat Simms finally gets the chance to enjoy a little freedom with her husband off to war. But when he is injured and returns home will her hard-won peace last? Pat also benefits from some well-deserved care and attention. But saying any more on that would spoil the source of her new found confidence. Farmer’s wife Steph and former WI President Joyce Cameron also see their lives change in surprising ways.

As was the case with season one, it seems to take a couple of episodes to really hook the viewers back into the characters’ lives. This could be because of the slower pace which deals with the daily impact of WWII on a large cast of characters. It takes a while for the viewer to get into the flow of the show again. But once that happens, it feels like a comfortable visit with old friends.

This last season of Home Fires introduces a few new characters which weave in well with those whom we already know. Add in a couple of new and unexpected romances, the shocking revelation of secrets along with the concealment of others, possible enemy sabotage within the village, the usual gossip, judgment and rumor mill of a small town and you will find yourself firmly transported back in time and wishing for a third season which unfortunately is not to be.

Content Note: Other than implied war violence, this show is safe for most ages. There is no sexuality or swearing.

Where to Watch: Home Fires season two just finished airing on PBS Masterpiece. However, you can watch the last six episodes on PBS’ website here. You can also stream both season one and two on Amazon or purchase it on DVD.

What are your thoughts on Home Fires season 2? Are you sad to see it end?

Our romance-themed entertainment site is on a mission to help you find the best period dramas, romance movies, TV shows, and books. Other topics include Jane Austen, Classic Hollywood, TV Couples, Fairy Tales, Romantic Living, Romanticism, and more. We’re damsels not in distress fighting for the all-new optimistic Romantic Revolution. Join us and subscribe. For more information, see our About, Old-Fashioned Romance 101, Modern Romanticism 101, and Romantic Living 101.
Pin this article to read later! And make sure to follow us on Pinterest.
By Brittaney B. on May 19th, 2017