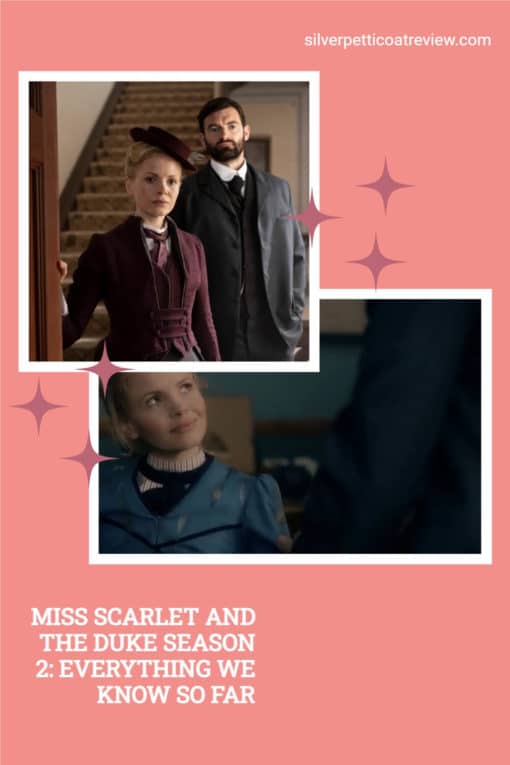 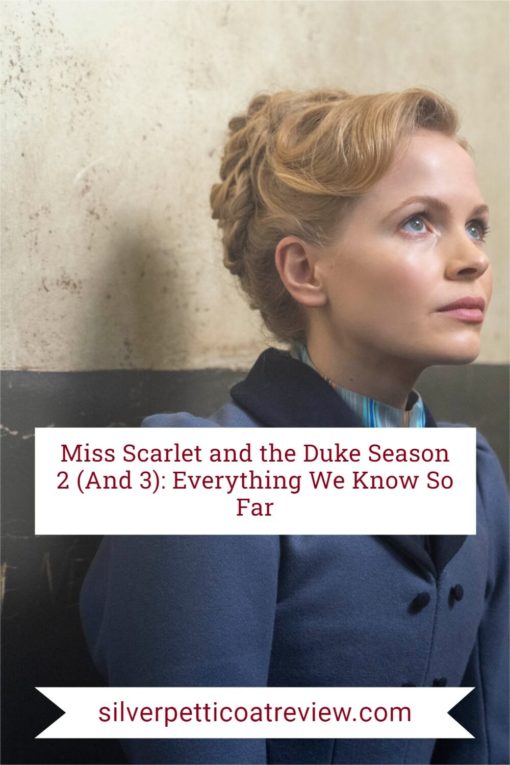 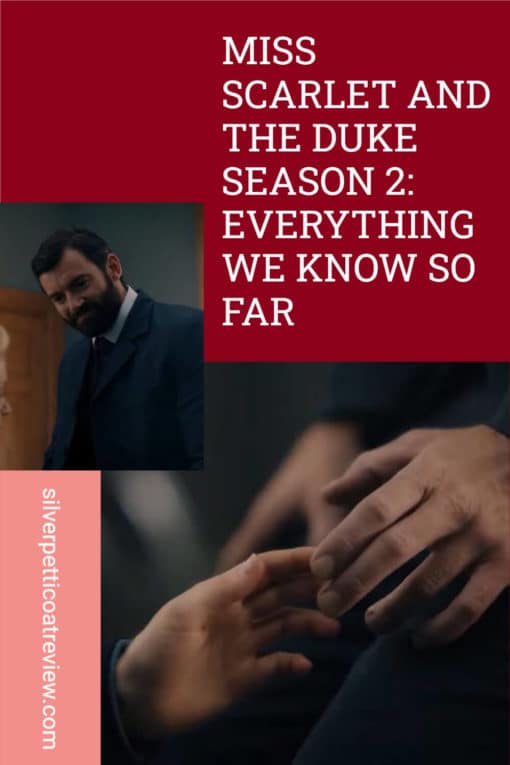 While I love a good period mystery, I stayed with Miss Scarlet and the Duke for the smoldering chemistry between Eliza Scarlet and Inspector William ‘Duke’ Wellington. With fantastic slow-building tension, the writers and actors only hinted at the romance between this investigative duo in season one. Thankfully, Miss Scarlet and the Duke Season 2 (and now 3) promises even more epic romantic moments and immersive mystery storytelling.

TABLE OF CONTENTS (JUMP TO SECTIONS):

ABOUT THE SHOW AND CAST

RELATED: All Creatures Great and Small Season 3: Everything We Know So Far

Broke and refusing to marry for money, Eliza won’t let any man stop her from running her own business, including her childhood friend, Scotland Yard Detective Inspector William Wellington (The Duke), played by the handsome Stuart Martin (Jamestown).

Together, even if reluctantly at first, Eliza and William solve crimes and face danger, all while a simmering attraction builds between the dynamic duo.

It’s one of several British period dramas that have been an excellent addition to the Masterpiece family.

You can watch the entire season on PBS Passport or watch new episodes as they air on PBS and PBS Masterpiece Amazon Channel.

Masterpiece officially announced in July 2022 that fans wouldn’t have to wait long for Miss Scarlet and the Duke Season 3!

Season 3 will now premiere on Sunday, January 8, 2023, at 8/7c on PBS, only a couple of months after the premiere of season 2. The episodes, like in season 2, will release on a weekly schedule on PBS, with episodes also streaming on PBS Passport.

However, in a fun Thanksgiving twist, PBS released Season 3 on November 24, 2022, in its entirety on PBS Passport! So, you can watch the show before its official premiere in January.

Oh, and the series was officially renewed for Season 4. Just good news all around to be thankful for.

WATCH THE NEW OFFICIAL TRAILER AND READ THE SEASON 2 SYNOPSIS!

“In Miss Scarlet and The Duke’s six high-octane new episodes, aspiring detective Eliza Scarlet (Kate Phillips, Peaky Blinders) competes for cases, trades jabs, and even partners with her longtime friend/rival, The Duke (Stuart Martin, Jamestown), as their relationship delightfully and maddeningly simmers on.”

Based on the trailer and PBS video above, Season 2 looks to be thrilling and romantic.

WHAT TO EXPECT IN SEASON 2

The trailer teases more romantic tension between Eliza and William in the six-part mystery. But what about the actors? Thanks to a fantastic interview on Masterpiece PBS, stars Kate Phillips and Stuart Martin give us some fabulous hints and inside scoop about the upcoming season.

When it comes to Eliza’s relationship with William, Kate Phillips explains that “Eliza is still paving her way as a private detective and as much as she wants him in her life, her work is still at the forefront.”

Not to mention, Eliza is “still in the process of proving herself to the world and she won’t let anything get in the way of that. Even the Duke.”

She further describes season 2 as “Witty. Bouncy. Romantic.” Witty and romantic? Is anyone else excited for season 2? I hope for more hand touches, romantic sparks, and swoony moments.

RELATED: Sanditon Season 2 Review: Why the Romantic Period Drama Was Worth Saving

Meanwhile, the leading man, Stuart Martin, hints at a deeper characterization of the gruff and handsome Inspector. In the Masterpiece interview, he states that “In this new season you get to see so much more, and you get a much deeper look at him emotionally, seeing what makes him tick and where he comes from.”

Plus, he further describes season 2 as “Full of fun!”

As for the romance, Phillips said that “The fans will also be happy to hear there is as much sparring and comedy as ever.” Martin further hints that Eliza and William “are deeper emotionally, but at the same time they have this very fractious sparring that is a lot of fun to play.”

I recommend reading the full interview for even more great scoops.

The show’s creator Rachael New in a separate Masterpiece interview, gives even more tidbits on season 2 to get all of us fans pumped, including sharing her Jane Austen influence (she sees the Duke as “a little bit more Knightley than Darcy.”)

When asked what fans have to look forward to in season 2, New says it will be “a bit more fun.” She wants to give the fans what they want!

Finally, she tells Masterpiece that while she is making it more fun, “the same premise will be there, which is the engine of the show: a woman in a man’s world, trying to stay in the game. Yes, there will always be a crime of the week, but the most important aspect of the show is what those crimes throw up to our main characters—the problems, the dilemmas, the obstacles.”

MORE THOUGHTS ON MISS SCARLET AND THE DUKE – SEASONS 2 & 3

With more characterization, romance, and a ton of fun, it’s safe to say that season 2 of Miss Scarlet and the Duke will be must-see television and everything we romantic period fans like to see. It’s time to start counting down the days until October 16th.

WHERE TO WATCH THE FIRST SEASON OF MISS SCARLET

If you haven’t watched season one or just want a refresher, you can watch it on these streaming services: PBS Passport (the PBS app) and PBS Masterpiece Amazon Prime Channel. You can also buy it digitally or on DVD.

For more of our thoughts on season one, see our review of Miss Scarlet.

Will you be tuning in to watch the next two seasons of Miss Scarlet and the Duke? Has it become one of your favorite shows? Let me know in the comments below!

3 thoughts on “Miss Scarlet and the Duke Season 2 (And 3): Everything We Know So Far”