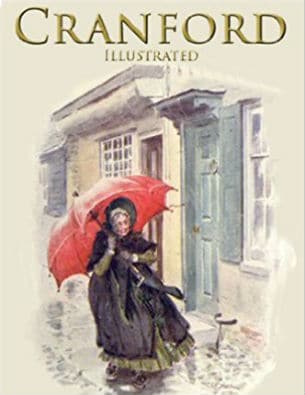 I have always loved Elizabeth Gaskell. From her short stories to her novels, she has a style of writing I think both entertains and educates. As the author of such classics as North and South and Wives and Daughters, Gaskell lived and wrote at the same time as Charles Dickens – who was also often her Editor. In fact, Dickens included some of her works in his magazine, Household Words. Cranford was first published as a serial novel in Household Words in the early 1850s.

Also like Charles Dickens, Elizabeth Gaskell had a favorite book she had written. For Gaskell, this book was Cranford. Cranford is a book that, in the forward of my edition of Cranford, Gaskell called it the only one of her books that she rereads, and the book that she reads if she needs to laugh. After reading Cranford for myself, I can see why. It’s a hilarious and wonderful look at a small town and the people who live there.

Our narrator, Miss Mary Smith, tells us of life in the small town of Cranford, full of interesting people, mainly unmarried older women who have very firm opinions about life. The story follows Mary and her times with the Jenkyns sisters, Deborah and Matilda. I don’t want to spoil it or give away any major plot details because the story unfolds in a fun way. However, there is mystery, tragedy, misunderstanding, gossip, missing brothers, and humor. This results in a thoroughly delightful read.

Cranford is written in a very conversational way. It reads more like a long talk with a good friend. This friend is updating you on a bunch of mutual friends and what has happened to them recently. It’s also easy to see Cranford as a serial novella. Although there is not always a lot of suspense between chapters, there is still a sense of “what’s going to happen next?”

The characters are also all compelling and seem real. As you’re reading Cranford, you can see the kindly Miss Matty, Ms. Pole, the Captain, the mousy parson, and the sassy Martha (plus the other characters). Everyone seems like a person that you would meet in any small town, which makes the story come alive even more. Cranford feels like a real small town and is actually based on Knutsford, the town that Gaskell grew up in.

Cranford is a small town that is run by ladies, which makes it even more entertaining 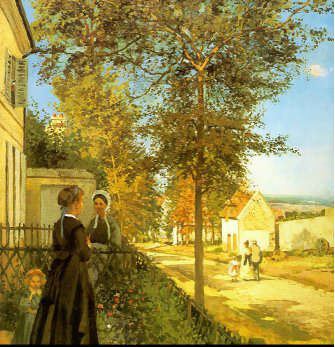 when men do show up. The conflict between Ms. Deborah Jenkyns and Captain Brown over their favorite authors is even funnier because of the scarcity of men. Although men are present in the town, the main characters are ladies. This puts the focus on the conversations and fears of the ladies. For example, what do three gentlewomen do if they are afraid of being robbed? Cranford answers that question.

Although Cranford does have several conflicts that carry through the story, it reads more like a slice of life in this town. The conflicts and mysteries weave through the story. However, Gaskell leaves the focus on the characters.

Cranford was adapted into a television series twice. The 1972 series included four episodes, while the 2007 show has two seasons and seven total episodes. The 2007 series, produced by BBC, is available to watch on Amazon and includes such names as Judi Dench, Michael Gambon, and Francesca Annis. It even includes an appearance by Tom Hiddleston! I haven’t seen either, but I looked at the plot summaries. Both seem to capture the spirit of the novella and the town (if not all the details).

Cranford is a delightful romp through a town that, although fictional, feels strangely familiar.

Overall, if you enjoy stories that are short and sweet stories about “real” people, I would recommend this book. The story is smart and a funny light read. If you love Elizabeth Gaskell or are looking for something of hers to try out, Cranford is a delightful romp through a town that, although fictional, feels strangely familiar.

Did you enjoy Cranford? Have you seen either adaptation? Let us know in the comments!

Our romance-themed entertainment site is on a mission to help you find the best period dramas, romance movies, TV shows, and books. Other topics include Jane Austen, Classic Hollywood, TV Couples, Fairy Tales, Romantic Living, Romanticism, and more. We’re damsels not in distress fighting for the all-new optimistic Romantic Revolution. Join us and subscribe. For more information, see our About, Old-Fashioned Romance 101, Modern Romanticism 101, and Romantic Living 101.
Pin this article to read later! And make sure to follow us on Pinterest.
By Bailey Cavender on July 28th, 2017