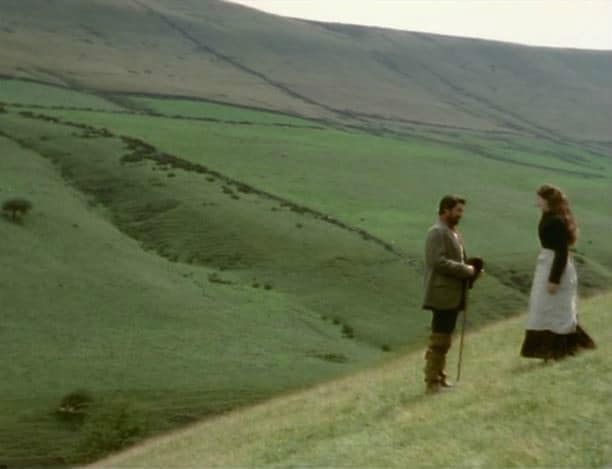 Far From the Madding Crowd is a 1998 adaptation of the classic Thomas Hardy novel. Having read the book, I can say that it is a very close adaptation which I am quite pleased with. The length of the miniseries allows for more of the book to be adapted than in other versions. I personally find that most classics can only be done justice in the running time afforded by a mini-series. 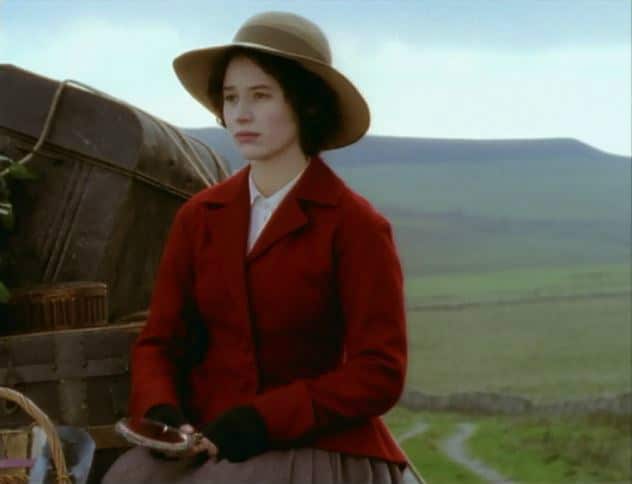 Bathsheba Everdene is a spirited and independent minded young woman who comes to live with her aunt for a time. Gabriel Oak, a self-made young man (and her neighbor), takes a fancy to Bathsheba and offers to marry her. She turns him down, saying she does not love him. The next time they meet, they have since suffered a reversal of fortunes. She has inherited a farm and he has lost everything. He comes to work for her, burying his feelings in the process. He remains a friend and confidant to her as she is courted by other men and attempts to make her way in the world of farming. 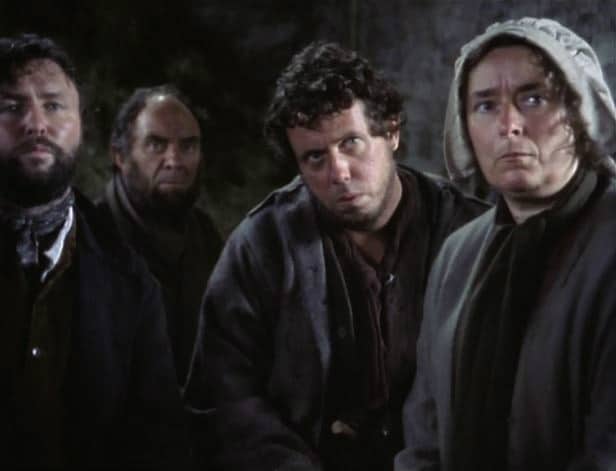 The music is simple and pretty, befitting the pastoral life that the characters are accustomed to. As with other versions, real country songs are sung by cast members in certain scenes which give a natural feel to them. The lighting and scenery are beautiful, feeling as though they have been plucked straight from the pages of the book. 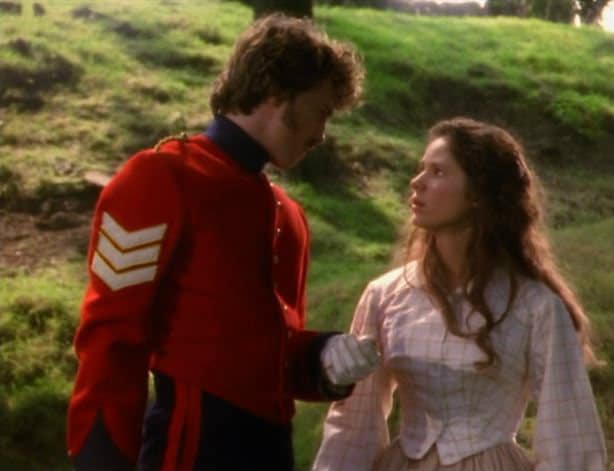 Paloma Baeza manages to do well with the challenging character of Miss Everdene who has to remain sympathetic while having many flaws. She is quite good at eliciting sympathy and making the viewer care about her despite her bad decisions.  Nathaniel Parker is perhaps a little too old for the character but he is a perfect Gabriel. Since he’s usually typecast as well-spoken villains, it was nice to see his range. Everyone else was good too, embodying the characters well, especially Natasha Little as Fanny Robin and Nigel Terry as Boldwood. 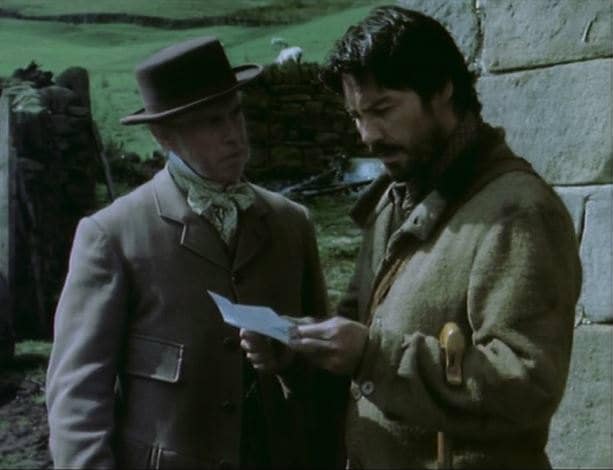 One of the things the book is best known for is the fact that Bathsheba has three very different suitors. Because of this, romance does feature heavily in the plot. However, since only one of the men is truly worthy of her, you could argue that the love story is actually a small part of the whole mini-series. I personally enjoy slow-burn love stories as I believe the eventual payoff is more meaningful. However, some may feel that there is not enough of the main love story. That is true but the ending is lovely and definitely worth the wait.

The lesser-known 1998 version of Far From the Madding Crowd is a very good and accurate adaptation of one of Hardy’s best-known novels. Fans of the book should definitely give this one a chance. If you liked either the 1967 version or the 2015 version you might enjoy an adaptation that gives you more of the original story. It is an excellent period drama to enjoy on a long rainy day.

Content Note: There is a very brief, fully clothed implied sex scene. We see a naked man walk into the sea from behind. There is some very mild profanity.

Our romance-themed entertainment site is on a mission to help you find the best period dramas, romance movies, TV shows, and books. Other topics include Jane Austen, Classic Hollywood, TV Couples, Fairy Tales, Romantic Living, Romanticism, and more. We’re damsels not in distress fighting for the all-new optimistic Romantic Revolution. Join us and subscribe. For more information, see our About, Old-Fashioned Romance 101, Modern Romanticism 101, and Romantic Living 101.
Pin this article to read later! And make sure to follow us on Pinterest.
By Elinor Cackett on June 30th, 2016

9 thoughts on “Vintage Review: Far From the Madding Crowd (1998) – A Close Adaptation”