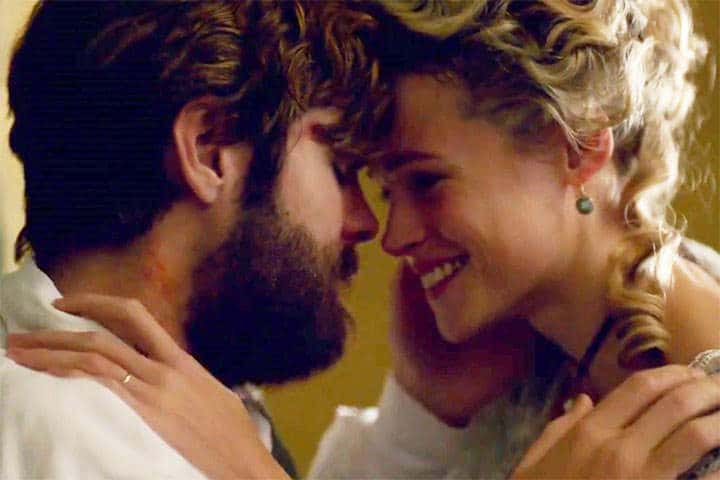 (If season 3 has not yet aired where you live, you should read with caution!)

THE ROMANTIC MOMENT: After months of separation, anxiety, and pain, Dwight and Caroline reunite.

Poldark is a beautifully created period drama by Debbie Horsfield for the BBC. The show, now in its third season is adapted from Winston Graham’s successful novels and tracks the indelible trials and tribulations of the Poldark family, as well as their extended circle of friends, acquaintances, and enemies.

RELATED: Romantic Moment of the Week: Poldark – Demelza, Ross and ‘I Love You’

Dwight Enys is the best friend of Ross Poldark, the show’s main protagonist. Dr. Enys is a kindhearted, community orientated doctor whose first priority is always the well-being of his patients. In season 2, the handsome doctor meets Caroline Penvenen, an aristocrat with no understanding of the Cornish way of life.

Raised in privilege, Caroline has little experience of the world outside of London’s opulent salons. Furthermore, she has no experience with men, despite the confident, often times acerbic repartee she utilizes in order to effortlessly bend them to her will.

In a wonderful meet cute, Dwight unwittingly comes to Caroline’s aid when her dog Horace is taken ill. Annoyed at her air of entitlement, Dwight tries to steer clear of her, despite his obvious attraction. Caroline, intrigued by the country doctor, seeks any opportunity to spend time with him, despite his less than covert avoidance tactics. No doubt the fact that he is not in the least bit interested in her feminine whiles is what initially attracts Caroline to the handsome young doctor. But Caroline works hard to win Dwight. By season two’s end, they surmounted challenges and despite their differences, they pledge their love and become secretly engaged.

The Lead In: Secret Lovers

At the beginning of the third season, Dwight is an officer in the British navy. “I will soon return home to you, my love,” he vows. Unfortunately, he has been captured by French troops and is traumatized daily as he watches his brothers in arms lose their lives.

Bliss is most assuredly Caroline.

In Cornwall, Caroline fears for Dwight’s safety, none the wiser about his whereabouts, or whether he is even alive. Through the action of his closest friends and allies, however, Dwight is rescued and returned home. This leads to a heart-wrenching reunion between the lovers who had now been apart for many months.

RELATED: Romantic Moment of the Week: Victoria and Albert

Always considered handsome and in fine, athletic form, Dwight is a shadow of his former self after months in captivity. He has developed scurvy due to malnutrition, has a long, scraggly beard and is nothing more than a sack of weary bones.

Back in Cornwall, he suffers from the guilt associated with being rescued while others were not as lucky. In addition, knowing that he looks and feels out of sorts, he wishes for a few days of care before seeing Caroline for the first time. “Scurvy has not enhanced my looks?” he quips to Ross before entreating, “I must beg a week of Demelza’s care before I let Caroline know I’m here.”

Unfortunately, fate is not on his side. As Ross tells his friend quite amusingly, “I think it may be too late for that.” And Ross is right. Demelza has already flown across their little town, making haste towards Caroline’s estate.

“Do you feel strong enough for a small surprise?” Demelza questions, the joy on her face already giving her secret away. The hope on Caroline’s face is almost too much to bear.

The Romantic Moment – Dwight and Caroline 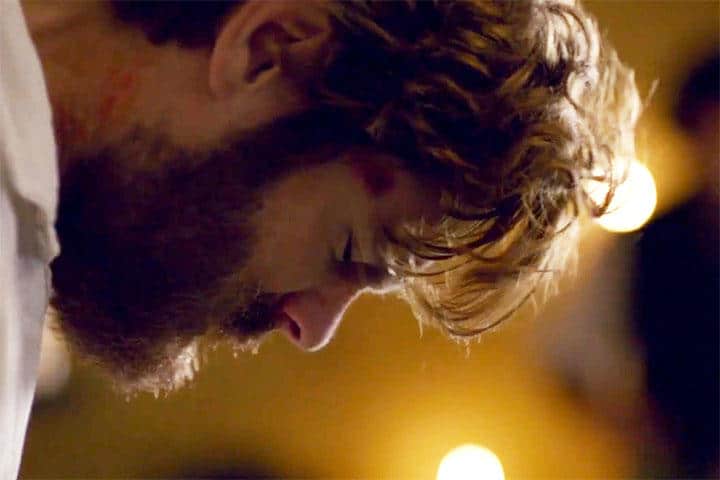 The scene begins with Dwight in the foreground hunched over in clear discomfort. In the background, Caroline comes into focus as she veritably crashes into the room in haste, her gaze frantic as she locates him. She’s visibly shaken, her eyes no doubt red rimmed from previously shed tears. But it’s Dwight however, whose state is the one that just drenches the soul with feels. He is a far cry from the handsome man who had left her side when he returned to war. Unable to fully meet her gaze, he too is tearful. Dwight looks uncomfortable, almost ashamed, afraid of what she might see. 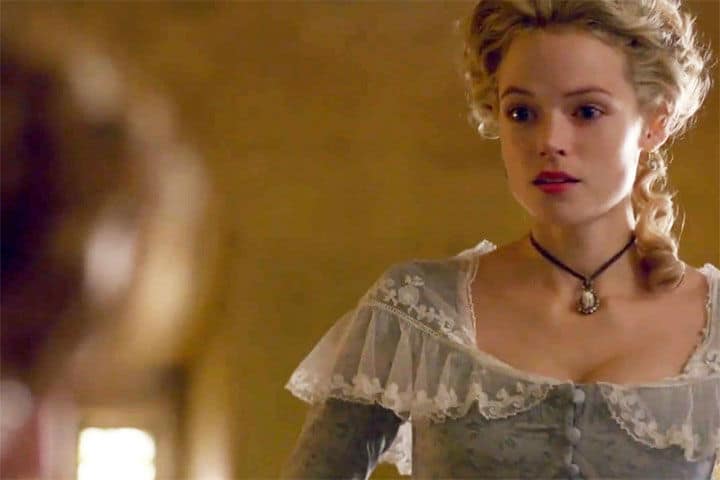 But he has underestimated her love for him. In a delightful throwback to their season 2 banter, Caroline is the first to speak.

“Dr. Enys. Do I detect scorbutus?” she teases. It’s the first time he raises his gaze fully and tears shimmer as he looks at her. “I’m afraid so,” he confesses.

Well then… I prescribe fresh air, oranges and kisses without end.

All pretense now forgone, Caroline launches herself into her beloved’s arms. Dwight, clearly overwhelmed, accepts her enthusiastic ministrations and seeks her lips as they share some of the endless kisses Caroline promised. 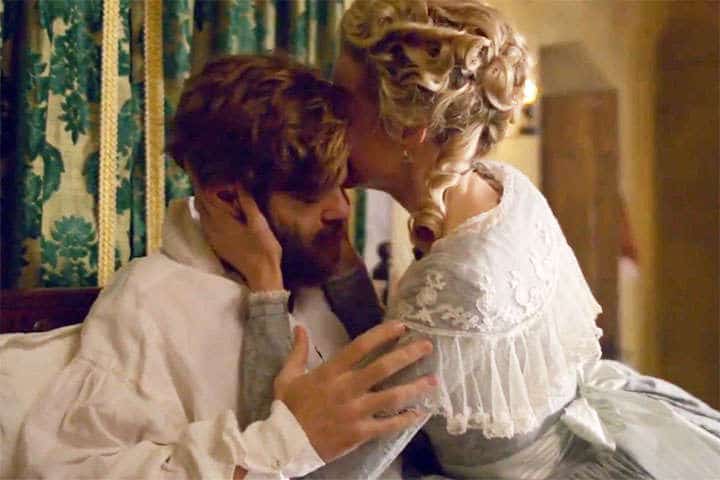 For such an anticipated reunion, the scene was way too short. But its brevity did not detract from the sheer romance of lovers reunited.

Are you watching Poldark and what do you think of Dwight and Caroline? Comment below and let me know!

Our romance-themed entertainment site is on a mission to help you find the best period dramas, romance movies, TV shows, and books. Other topics include Jane Austen, Classic Hollywood, TV Couples, Fairy Tales, Romantic Living, Romanticism, and more. We’re damsels not in distress fighting for the all-new optimistic Romantic Revolution. Join us and subscribe. For more information, see our About, Old-Fashioned Romance 101, Modern Romanticism 101, and Romantic Living 101.
Pin this article to read later! And make sure to follow us on Pinterest.
By Naazneen Samsodien on July 29th, 2017

2 thoughts on “Romantic Moment of the Week: ‘Poldark’ – A Poignant Dwight and Caroline Reunion”