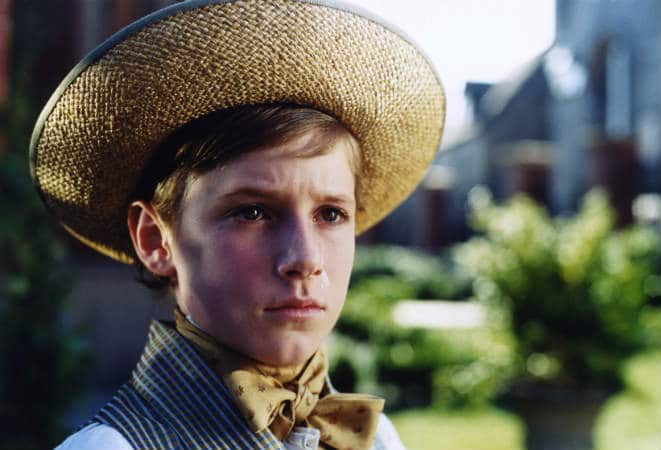 For the final instalment of my Fairy Tales in Classics series, I turn to that all-time favourite, Charles Dickens’ Oliver Twist.

First published in 1837 in serial form, Oliver Twist doesn’t instantly leap out as being a version of one particular fairy tale, but rather as a type of fairy tale. This type or trope is commonly known as Rags-to-Riches, or sometimes Rags-to-Royalty. It encompasses such well-known tales as Cinderella, Aladdin, Jack and the Beanstalk, and even the aspects of the legend of King Arthur. TV Tropes describes this type as having different variations, including:

If we look at this list of variations, we can see that Oliver Twist fits most closely with the Sleeping Beauty Style.  (The Briar Rose version that we see in the Brothers Grimm.)  Oliver grows up an orphan, poor and mistreated, with no idea of his true, middle-class heritage.  (OK, this is not as exciting as it would be had he turned out to be a long-lost brother of Queen Victoria, but you’ve got to draw the line somewhere!)  In true fairy tale style, he turns out to be related to the very family that has sheltered him (at the houses of Mr Brownlow and Rose.)  In equally true fairy tale style, one member of that family (Monks) tries to do away with Oliver but is foiled in his plans.

We have already mentioned King Arthur in connection with this trope.  In the famous “Sword in the Stone” episode (made famous by Mallory and TH White) it is only when the young Arthur pulls the sword from the stone that he (and everyone else) realises that he is Uther Pendragon’s heir and not Sir Ector’s son at all.  As Mallory has Sir Ector say, “I wote well ye are of an hyer blood than I wende ye were.” (1) In Oliver Twist, the magic objects are not a sword and anvil, but a locket and ring belonging to Oliver’s mother, which could prove his identity.

Elsewhere in Mallory’s huge Arthurian saga, we find the story of Sir Gareth of Orkney, who comes to Camelot anonymously, as Sir Beaumains.  He is mistreated by Sir Kay and made to work in the kitchen, but Sir Launcelot protects and mentors him, seeing a glimpse of his true nature beneath the humble exterior.  Here we can see a reflection of the differing ways Oliver is treated – by Mr Brownlow, Rose and friends, and by virtually everyone else in the book.

The classic Norse fairy tale collection, East of the Sun and West of the Moon (1920), contains more stories that share elements with Oliver Twist.  In “The Blue Belt,” the son of a beggar woman (along with his mother) takes refuge in a house that turns out to be the home of a Troll. The Troll and the boy’s own mother then make plans to do away with him.  This harsh treatment is reflected in Oliver’s experience: firstly, when homes with a supposed duty of care towards him (the baby-farm, the workhouse, the undertaker’s) do little more than punish and neglect him; and secondly when his escape to supposed freedom results in his being sheltered by Fagin and his criminal colleagues, and groomed for a life of crime.

A similar thing happens to the hero of “The Widow’s Son” in the same collection.  This unfortunate, hungry boy is taken in by a man who also turns out to be a troll and repeatedly punishes the boy with beatings for looking into his secret rooms.  We are reminded of the scene in which Oliver inadvertently sees Fagin counting his jewels.  Fagin immediately leaps up and threatens Oliver with a knife: “What do you watch me for?  Why are you awake?  What have you seen?  Speak out, boy! – Quick – quick! for your life!” (2)  Luckily, Oliver is cannier than his fairy tale counterpart and escapes punishment by denying having seen anything.  He is, however, beaten by Fagin with a “jagged and knotted club” (3) at a later date, for trying to escape.  The ugliness and violence of Fagin and Bill Sikes are such that they could easily be considered trolls in human form.  However, Dickens’s point in writing the novel is that Oliver’s persecutors (both criminal and respectable) are humans, who ought to have more humanity.

The hero of “The Widow’s Son” later escapes the troll’s clutches with the aid of a talking horse, and goes to work as a gardener in the king’s palace.  He covers himself with a wig of fir-moss, which makes him, “so ugly, and pale, and miserable to look at, no one would have known him again.” (4)  Oliver does not willingly disguise himself, but we are repeatedly told how pale and thin he looks.  For much of the book, he suffers not only from malnutrition but also from other ailments caused by the damp, cold and unsanitary environments in which is he forced to live.  However, we are also told about his “delicate and handsome” (5) features, so very similar to those of his late mother.  It is probably Oliver’s neglected appearance that disguises his true identity.  One wonders what Dickens is trying to say through this.  A cynic might suggest the message is that Oliver only turns out well and resists a life of crime because he is middle-class after all.  But the message could just as easily be that behind the dirty façade of every street urchin is a potential good citizen, just waiting to be nurtured.  That would certainly be the attitude of the charitable, both in Dickens’s day and in our own.

The Widow’s Son in the fairy tale soon makes friends with the Princess, who is the only one to whom he reveals his true appearance.  But his happiness does not last long.  He is locked in a tower by the King for sleeping in the Princess’s bedroom.  Similarly, Oliver’s initial happiness at the house of Mr Brownlow soon comes to an end when the criminal gang recapture him.  Fagin puts Oliver in solitary confinement for a week and more, both as punishment and to make him feel that any company (even that of thieves) is better than none.  Monks also enter the scene, as the one person in Oliver’s new world who is against him.  Here, it is not a girl that he doesn’t want Oliver to get his hands on, but rather his inheritance.  However, it through meeting a lovely girl – Rose – that Oliver comes a step nearer to gaining his rightful place in the world.

The Widow’s Son escapes his prison to fight in the King’s wars, thereby vindicating himself.  He marries the Princess and becomes the next king.  An additional transformation occurs when the boy’s faithful horse instructs the lad to cut off his head.  In the horse’s place stands a lovely Prince, the rightful ruler of the neighbouring land, who was turned into a horse by the Troll.  The two kings remain lifelong friends and their countries remain at peace.

Oliver is too young to get married, but he does come into his rightful inheritance.  If he has a princess, it is Rose, who turns out to be his aunt, although Oliver sees her as a “sister, my own dear sister.” (6)  It is she who is enabled to wed her true love Harry Maylie as a result of the family revelations.  We could perhaps see Harry as Oliver’s brother-king at the end of this Dickensian fairy tale, in which the wicked are punished and the good rewarded.  As for young Oliver, he most definitely lives happily ever after.

Our romance-themed entertainment site is on a mission to help you find the best period dramas, romance movies, TV shows, and books. Other topics include Jane Austen, Classic Hollywood, TV Couples, Fairy Tales, Romantic Living, Romanticism, and more. We’re damsels not in distress fighting for the all-new optimistic Romantic Revolution. Join us and subscribe. For more information, see our About, Old-Fashioned Romance 101, Modern Romanticism 101, and Romantic Living 101.
Pin this article to read later! And make sure to follow us on Pinterest.
By Elizabeth Hopkinson on January 1st, 2016