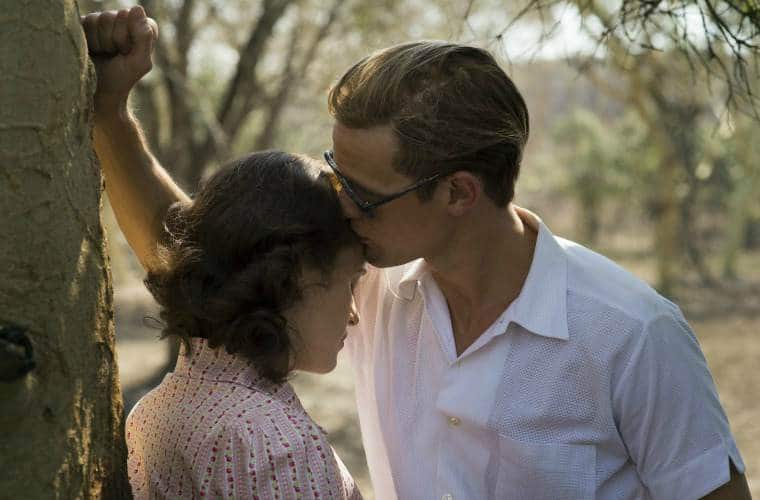 Netflix is making a prominent niche in the world of television and miniseries. Their most recent original, The Crown, takes a stab at period drama with a biographical drama about Queen Elizabeth II.

We meet the young princess the day before her wedding. Apprehensive about the great weight and covenant that comes with marriage, with nervous reverence Elizabeth (Claire Foy) speaks her vows. In front of God and England’s most senior gentry, she marries Philip (Matt Smith), Duke of Edinburgh. Before he marries Elizabeth, he first becomes a naturalized citizen of England, renouncing his ties to his Greek and Danish ancestry. Their early years are happy and the arrival of two children completes their family.

But their happy life is about to crumble around her. Elizabeth’s father, King George IV (Jared Harris) is in ill health. Though he tries to hide his declining condition, he knows the truth: his time is slipping away. This prompts him to send his blissfully unaware daughter and heir on a tour of the commonwealth. While on this trip, accompanied by her husband, Elizabeth receives devastating news. Her father died quietly in his sleep.

This engages Elizabeth in an entirely new role. One in which she returns to England as its Queen. Her duty is now to the crown, a representation of the relationship between God and state. Furthermore, it’s a symbol that changes her relationship with her mother (Victoria Hamilton); sister, Margaret (Vanessa Kirby); and even, her restless husband.

When the press first announced this Netflix series, I was immediately intrigued. This is especially true since I’ve never seen a period drama produced by Netflix, so finally seeing the kind of series they would or could produce was of particular interest. Whether right or wrong, I generally judge period dramas by what I consider the gold standard of the genre, which is the BBC or ITV. 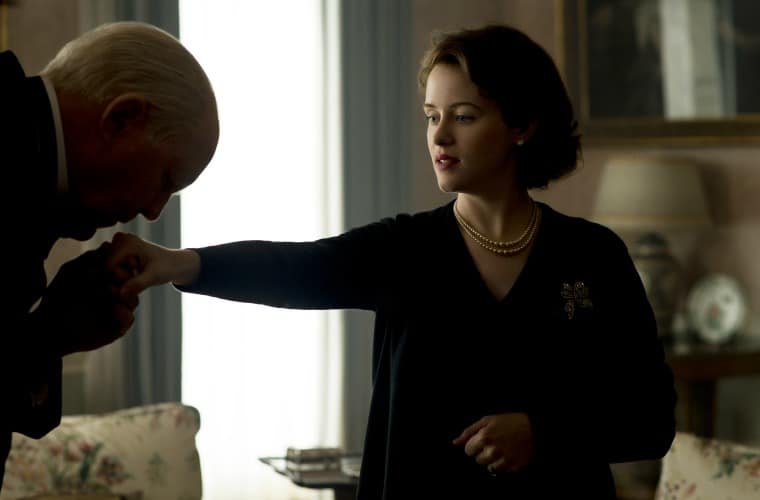 Happily, this Netflix series matches this standard. The elegance (including an incredible score) took my breath away. One might think a period drama first set in the ’40s might lack in the qualities a Victorian drama boasts. But this one is every bit as beautiful. From the cinematic angles sweeping the palace halls to the glamorous era of fashion, The Crown is an unforgettable experience. Its creator, Peter Morgan is no stranger to royal families. He also wrote such films as The Other Boleyn Girl and the Oscar-winning film, The Queen.

Those who have doubts about The Crown should begin with none. I won’t attest to its accuracy but do feel there are roots of truth in each script. Taking place over ten, hour-long episodes, the speed at which this begins surprised me. I didn’t realize we’d meet Elizabeth the day before her wedding nor did I expect the leap over her early years. In retrospect, this wasn’t unnecessary because Elizabeth’s (romantic) relationship with Philip isn’t primary. Or isn’t the sole objective.

The Crown intentionally questions Elizabeth’s purpose and role as the queen. What does it mean to her and her family, and the state? What does the crown mean? How should she use the titles she wears? Furthermore, the interesting aspect about this series is that it asks this of multiple characters. From Elizabeth’s grandmother, Queen Mary (played by the incomparable Eileen Atkins) to her mother, and finally Elizabeth’s uncle (Alex Jennings). Her uncle is Edward, the king who abdicated to marry Wallis Simpson. Also, a prominent part is Elizabeth’s relationship with Winston Churchill (John Lithgow), her Prime Minister who gives a standout performance.

Flaws and all, this story swept me into its world, a world I found fascinating. The scripts are also well penned and the cast like a parade of great talent. Jeremy Northam, Harry Hadden-Paton, and Greg Wise are just a few of the familiar faces you’ll see. The tension between the Queen, and the changes in Elizabeth is captivating. Though politics play a key part in this series, it’s really the stupendous character arcs that keep us glued to the screen. In particular, I was most engrossed in the relationship between Elizabeth and Philip, and also the conflict between Elizabeth and Margaret. (A relationship strained in the aftermath of Margaret’s love affair.) Some of the royals are portrayed in a distasteful way, which is a stark contrast especially in light of the films that introduced them prior to this. 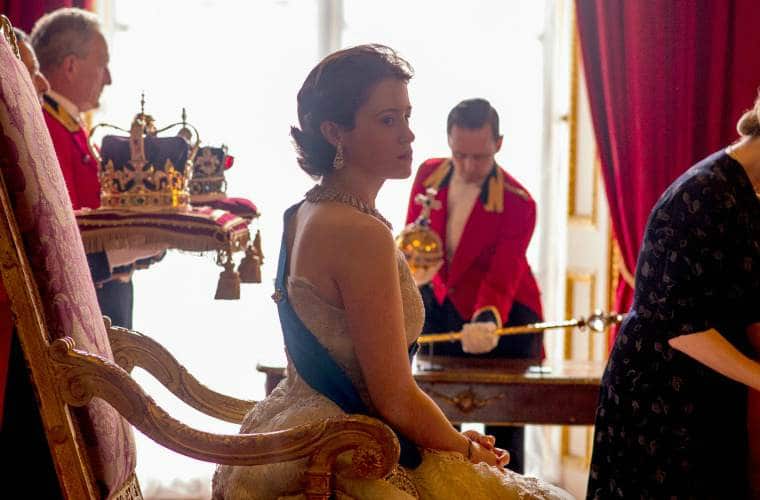 Though the ending is bittersweet with many things unresolved, this is a splendid period piece about an extraordinary woman.

Stream The Crown exclusively on Netflix.

Content Note: There are 2-3 uses of the f-word (over ten episodes), 1-2 coarse words in a sexual context, and a handful of sexual gestures or innuendos (i.e., a woman draws a man’s hand between her legs). A woman engages in an extra-marital affair. There are two instances of male backside nudity.

Did you watch The Crown? Sound off below with your thoughts! I’d love to read them.

Our romance-themed entertainment site is on a mission to help you find the best period dramas, romance movies, TV shows, and books. Other topics include Jane Austen, Classic Hollywood, TV Couples, Fairy Tales, Romantic Living, Romanticism, and more. We’re damsels not in distress fighting for the all-new optimistic Romantic Revolution. Join us and subscribe. For more information, see our About, Old-Fashioned Romance 101, Modern Romanticism 101, and Romantic Living 101.
Pin this article to read later! And make sure to follow us on Pinterest.
By Rissi JC on November 16th, 2016