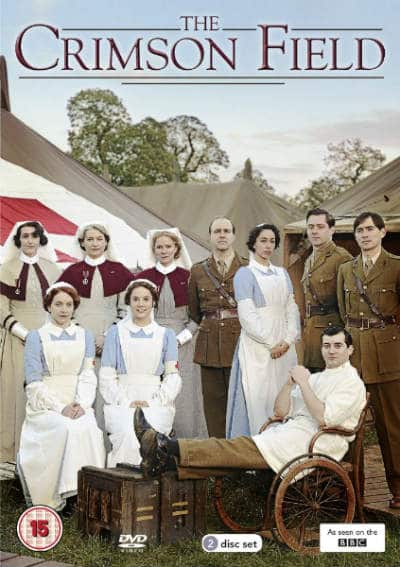 The Crimson Field was a 2014 BBC period drama canceled far too soon. With brilliant writing, characterization, and memorable performances, this was a series that really deserved to stick around for more seasons.

The Crimson Field follows the stories of a team of doctors, nurses, and volunteers, who work at a field hospital on the coast of northern France during World War I. As a team, the group work to heal the wounded men (both physically and mentally) from the War. Meanwhile, tensions rise due to social hierarchies, scheming, and romantic entanglements.

RELATED Romantic Moment of the Week: The Love Stories of The Crimson Field

What really makes this period drama a true standout is the wonderfully layered writing from Sarah Phelps (And Then There Were None). She has a way with dialogue, characterization, and engaging storytelling that keeps you hooked from one episode to the next. In fact, if you’re looking for a quick period drama binge, The Crimson Field is a great choice.

Besides the top-notch writing, the characters (and by extension the actors who play them) are mesmerizing with just the right amount of mystery, intrigue and likability. From Kitty (Oona Chaplin) who arrives with a mysterious background to the seemingly tough Matron Grace Carter (played by the always brilliant Hermione Norris) with secrets of her own to the sociopathic like Nurse, Sister Margaret Quayle – this show has a wonderful ensemble.

And then you have Sister Joan Livesey, a Nurse and kind-hearted feminist, volunteer Rosalie Berwick who is both awkward and inexperienced, and then the young and idealistic volunteer, Flora Marshall who lied about her age to join.

And don’t fret, there are plenty of handsome Doctors (and sometimes soldiers) to enjoy as well. Most notably, Doctor Thomas Gillan (Richard Rankin) who has just the right amount of smoldering charm to please period drama fans. And then the popular ladies’ man Captain Miles Hesketh-Thorne (Alex Wyndham).

On top of the memorable characters, there were also a couple of engaging romances to enjoy. You have the love triangle between Kitty and the two Doctors, Captain Gillan and Captain Hesketh-Thorne. (Though it becomes quite clear who to root for early on – aka Kitty and Captain Gillan). And then you have the fascinating forbidden romance between the secretly married Sister Joan Livesey and Anton. The latter couple is on opposite sides of the war which leads to intense sequences. These two romances will not disappoint. And while one has a clear resolution by the end of the season, the other romance at least has a nice payoff (which would have been nice to see play out more in a season 2).

Overall, if you’re a fan of period dramas, war dramas, and great storytelling in general, you should enjoy The Crimson Field. It was nice to watch a relatively untold aspect of World War I in a story that keeps you hooked from start to finish. The series is available to buy on DVD as well as stream on Amazon Prime.

Content Note: This is a war drama and does have adult themes as well as some intense sequences. There is brief strong language and brief non-sexual nudity. Most of the time the series is TV-14 but can cross over into a TV-M. However, there is no content that is excessively explicit. Still, this series is not for everyone.

Our romance-themed entertainment site is on a mission to help you find the best period dramas, romance movies, TV shows, and books. Other topics include Jane Austen, Classic Hollywood, TV Couples, Fairy Tales, Romantic Living, Romanticism, and more. We’re damsels not in distress fighting for the all-new optimistic Romantic Revolution. Join us and subscribe. For more information, see our About, Old-Fashioned Romance 101, Modern Romanticism 101, and Romantic Living 101.
Pin this article to read later! And make sure to follow us on Pinterest.
By Amber Topping on November 14th, 2016