Although Edgar Allan Poe is known for his horror stories, he also wrote several mysteries and adventure stories. Some of his stories were a mixture of several genres and those have always been my favorites. There is something about a well-paced mystery that draws you in, and Poe was a master. One of his stories, The System of Doctor Tar and Professor Fether, was published in November of 1845. This story would be adapted into a film called Stonehearst Asylum in 2014, though it was originally titled Eliza Graves. 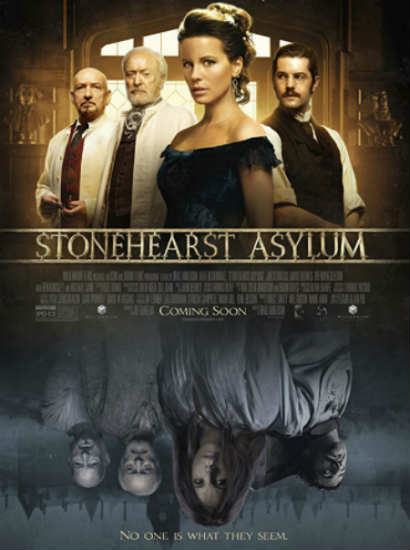 Our story begins in a medical class on madness. In the class, we learn that nothing, not even madness, is as it seems. With that cryptic message out of the way, we jump to the main part of the story. In the winter of 1899, Dr. Edward Newgate is journeying to Stonehearst Asylum to complete his medical training. He wants to work in a mental hospital to offer healing to people who are suffering from madness. 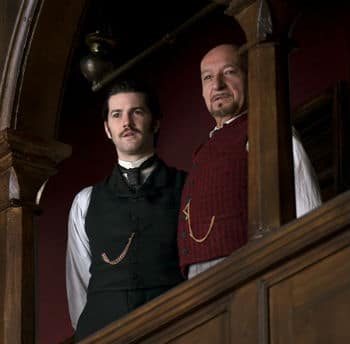 In Stonehearst Asylum, he meets Dr. Silas Lamb, the superintendent. Doctor Lamb runs an asylum that is surprisingly humane, especially when compared to other contemporary asylums. It also uses a wide variety of new methods to treat the madness of its patients. Dr. Lamb takes Edward under his wing. As his protegee, Edward begins to appreciate the methods used at Stonehearst. He also meets the captivating inmate Eliza Graves, who he begins to fall in love with.

One night, however, he discovers something unexpected in the bowels of the asylum. Now Edward finds himself in a world where no one and nothing is what it seems. He must discover the truth, before it is too late. There are many twists and turns in this tale. Half of the fun of this movie is that you get to figure it out as you go.

Edward Newgate is a young doctor who is recently graduated from Oxford and is interested in becoming a doctor who takes care of the insane, and travels to Stonehearst Asylum to learn from the staff there. Edward becomes fascinated with the beautiful Eliza Graves and is determined to save her from what he believes is her wrongful imprisonment. His journey to discover the truth about what is happening at Stonehearst Asylum takes many twists and turns. It will not leave him unchanged. 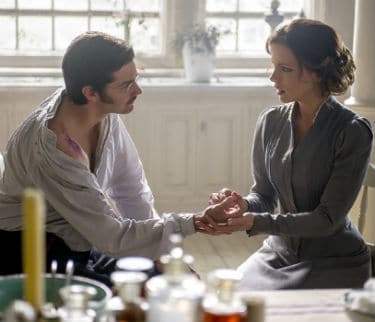 Eliza Graves is a noblewoman who doesn’t seem like she quite fits in to Stonehearst Asylum. After she bit off her husband’s ear and gouged out his eye with a comb, her father sent her to the Asylum. Many regarded this as self-defense, but Eliza suffers from hysteria as a result. Doctors use her as a medical example of madness in the beginning of the film. As a result of her past, she has no desire to leave Stonehearst Asylum and return to her husband, despite his constant requests to have her declared cured.

The romance seemed a little rushed at first, but in the end it all makes sense. The romance is a big part of the ending twist, so I do not want to explain any more about it other than that I loved it.  Eliza is a beautiful gentlewoman, and the idea that a young and handsome doctor would fall for her makes sense. Eliza and Edward both take great risks to help each other, and this makes their connection stronger. I thought it was a sweet story that wove through the darker mystery. Adding the romance in the midst of all the suffering made the story more bearable. I enjoyed it much more because of it.

Stonehearst Asylum, to me, is a rare film. It is a little dark, while still having characters that the viewer can becomes invested in. The romance is also compelling, while the mystery is sure to draw in the viewer. It kept me on the edge of my seat wondering what would happen next, and the payoff was worth the wait. It also made me think about the nature of madness and the ways that we treat people. If you are a fan of Gothic romances, dark period dramas, or mysteries, you will likely enjoy Stonehearst Asylum.

Where to Watch: Stonehearst Asylum is available for streaming on Netflix and is available to rent and/or buy on Amazon Video, VUDU, iTunes, Google Play, Youtube, and DVD.

Have you seen Stonehearst Asylum? Did you enjoy it? Let me know in the comments!

Our romance-themed entertainment site is on a mission to help you find the best period dramas, romance movies, TV shows, and books. Other topics include Jane Austen, Classic Hollywood, TV Couples, Fairy Tales, Romantic Living, Romanticism, and more. We’re damsels not in distress fighting for the all-new optimistic Romantic Revolution. Join us and subscribe. For more information, see our About, Old-Fashioned Romance 101, Modern Romanticism 101, and Romantic Living 101.
By Bailey Cavender on April 25th, 2018