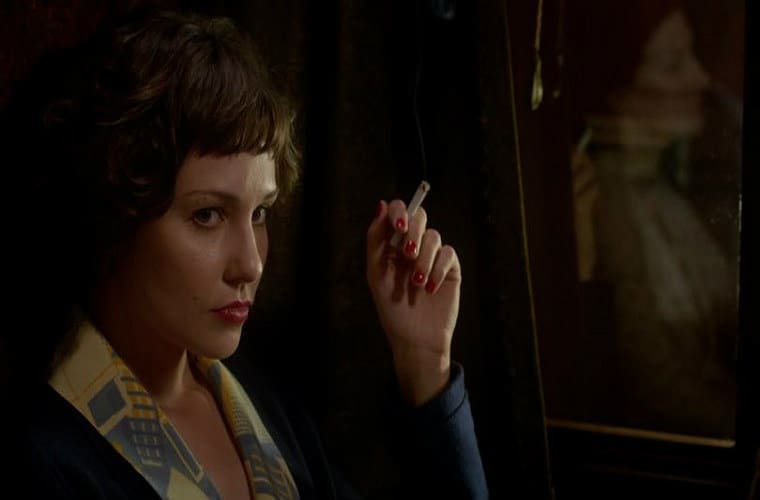 The Lady Vanishes is not, as many people likely assumed, a remake of the 1938 Hitchcock film. Unlike Hitchcock’s more famous version, this is a much straighter adaptation of The Wheel Spins by Ethel Lina White. The decision to use that name rather than the more accurate novel title was likely done to take advantage of the reputation of the ’38 version. However,  unfortunately, this led to much disappointment that this was not, in fact, a remake.

Iris is a young, wealthy socialite, on holiday in a foreign country with her equally shallow friends. She decides to stay on a few days after they leave.  She is forced to change her mind after a failed solo adventure and bribes her way onto a train home. Despite several hiccups, she boards the train and there meets a nondescript, chatty Englishwoman whom she has tea with. After falling asleep in her seat, Iris awakes to find the lady gone. When she asks the other passengers where she is, they do not know whom she is referring to. Apart from in her own memories, the lady seems to have never existed. Despite the disbelief and artifice of her fellow passengers, Iris is determined to discover the truth. 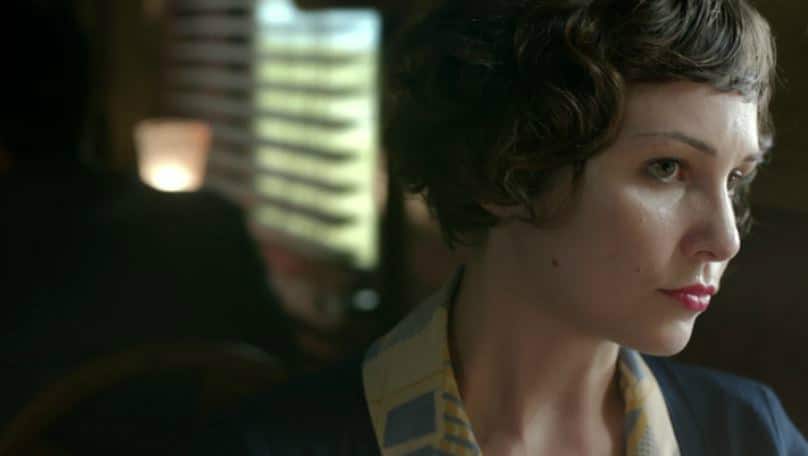 Tuppence Middleton is excellent and truly sympathetic as the selfish, rich girl turned champion of a complete stranger. The wider cast contains many familiar faces from numerous BBC and ITV productions. All do very well in bringing these ordinary, believable characters to life. Thomas Hughes is charming if slightly forgettable as Max, the love interest. Selena Cadell does well in the small part, managing to give Miss Fros personality while also making her seem initially harmless. 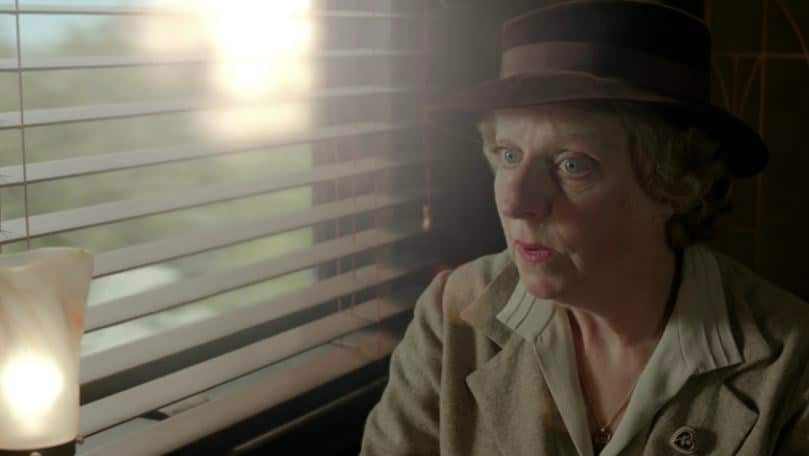 The plot took a little while to gear up but became much more interesting once events moved to the train. The Lady Vanishes was at times successful in creating suspense, at others I found myself frustrated that the heroine was too obvious in her efforts to find Miss Fros. Though no doubt this is true to Iris’ character. One thing the film does do very well is capturing the essence of real people.  All the characters are realistic and well developed, in all their petty flaws and grey morality. Those that lie about Miss Fros all have believable, if irritating reasons to do so.

The director, Diarmuid Lawrence, insisted on the main set being realistic to the type of train from that era. This gives the scenes filmed there a rather cramped atmosphere which only adds to the tension and heightens the stakes. Unfortunately, the audio was a bit unbalanced as a few times the music and background noise drowned out some of the lines.

Throughout the action, there is a small romance between Iris and Max, a young engineer. It is enjoyable though I would have preferred it if he had believed her a lot sooner. There is quite a romantic scene near the end after the truth has come out. There also may or may not be a small reference to Now Voyager, when Max lights two cigarettes at once and hands one to Iris. 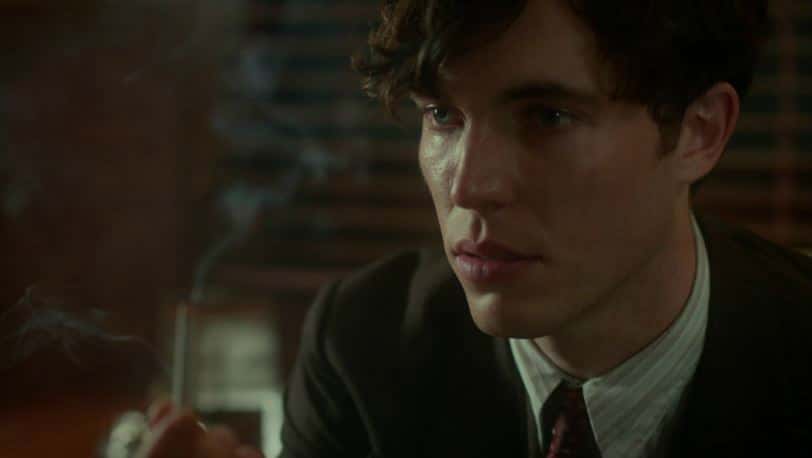 Overall, The Lady Vanishes is a small and interesting drama with a satisfying conclusion. The film does as it intends, giving suspense, mystery, and a little romance. It offers a different, more serious take than Hitchcock. (There is an undercurrent of comment made about hysteria and the way the world turns on a woman who has become emotional, then and now, which I found interesting.)  It is a good pick for those who like a little mystery with their period drama.

Our romance-themed entertainment site is on a mission to help you find the best period dramas, romance movies, TV shows, and books. Other topics include Jane Austen, Classic Hollywood, TV Couples, Fairy Tales, Romantic Living, Romanticism, and more. We’re damsels not in distress fighting for the all-new optimistic Romantic Revolution. Join us and subscribe. For more information, see our About, Old-Fashioned Romance 101, Modern Romanticism 101, and Romantic Living 101.
Pin this article to read later! And make sure to follow us on Pinterest.
By Elinor Cackett on November 28th, 2016