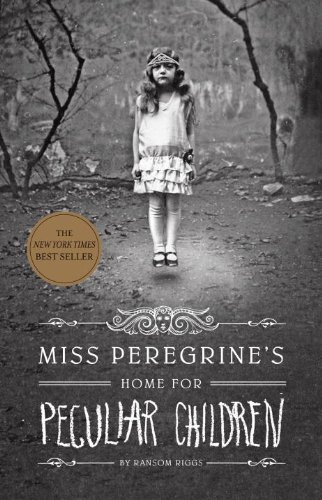 Have you ever come across an old photograph? You might find yourself asking questions. Who are these people? What is the occasion or story behind the photograph? And what motivated someone to take the picture in the first place? We’ve all seen the pictures of people in the early days of photography. They sit stiffly in their old-fashioned clothes, their eyes eerie and staring. It’s hard to imagine these subjects as human beings of flesh and blood living in a world of colour and substance and not creatures from another dimension. Perhaps these impressions occurred to Ransom Riggs, author of the quirkily named fantasy, Miss Peregrine’s Home for Peculiar Children.

As the story begins, we find the very ordinary teenager Jacob “Jake” Portman wiling away his time at his dull job in a department store. His life is nothing remarkable. The most interesting aspect is probably his grandfather who tells Jacob fanciful stories about his childhood. He tells him of a children’s home he was sent to during the war and the whimsical children who lived there with amazing powers. He shows Jacob the old photographs of the inhabitants of the home. The photos include an invisible boy, a levitating girl and a child with two mouths. Young Jacob adores the stories until he grows up and begins to realize his grandfather has been lying to him. All this happens in Jake’s life “Before” as he calls it.

One day, a terrible incident, and an encounter with a nightmarish supernatural creature, leaves Jake traumatized, fragile and uncertain of his sanity.

Searching for answers, he travels to the island in Wales his grandfather told stories about. There, the mysteries of his grandfather’s past come to life in astonishing ways. He learns more about the “peculiar children” only to discover his future is entwined with their fate.

If at first the idea of children with uncanny powers leaves visions of X-Men and Xavier’s School for Gifted Youngsters flying through your head, rest easy. Ransom Riggs departs from that similarity early on.  What Miss Peregrine is, is a tale full of adventure, time travel, monsters and impending doom. Riggs is very good at creating suspense and even fear. As you read, you will find yourself wondering how the characters can live in peace as their situation becomes more fragile and perilous.

Riggs’s characters are also fairly well drawn. You feel sympathetic to Jacob’s difficult situation of trying to cope with both an ordinary life and this new discovery. However, I found myself wanting to know more about him outside the paranormal elements of his life. A little more about Jacob and who he is would have strengthened his characterization. The story is told from his point of view, though I sometimes found the character’s voice seemed too sophisticated and polished for a sixteen-year-old. Perhaps knowing more about what made Jake the way he is would have helped with this.

The astonishing and magical inhabitants of the home are fascinating. Sometimes it’s a little difficult keeping track of all the characters, but key characters do leave their mark. Emma Bloom who Jake meets early on in his adventure is memorable. She is fierce and fiery – literally and figuratively as she can create fire. Jake spends the most time with her, and they work and fight together when peril threatens them. Other standouts are Millard Nillings, the invisible boy; Bronwyn, a girl with superhuman strength; And Olive who always floats above the ground and could drift away like a balloon.

I thought Miss Peregrine, the headmistress of this strange home, would be more captivating than she was even though I liked her. Like many of the other residents of the home, I would like to learn more about her background. I discovered only as I read that there were more books to come, so I expect there will be a lot more to learn about these “peculiars.”

The photographs Riggs uses in the story are compelling. It’s been years since I read a picture book, which is literally what this is, but with a much darker and sometimes disturbing tone. The author apparently collects photographs, so every photo here – even the strangest ones of little girls with no reflection or floating in the air – are real. Perhaps they’re some early form of trick photography. But the vintage look and the lack of background information make them all the more chilling and mysterious. With a few exceptions, Riggs incorporates them quite well into his narrative.

As the story ended, I felt I had been taken on a satisfying adventure. Overall, I would rate this as an absorbing tale. 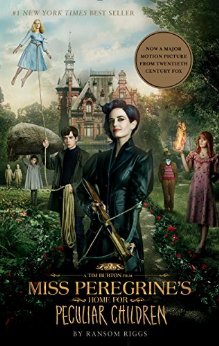 However, besides the fact that the final fate of the characters has not been resolved, this story does not end tidily. Even plot elements that ended well leave me wondering how they can be sustained. I thought a slight romantic subplot in the story was strange and had the potential to fall apart. I also felt one of Jacob’s decisions could prove to be disastrous. But this choice did work well within the story and I actually look forward to seeing this aspect explored. Without giving anything away, there is another aspect of the book that leads to the darkest sides of these children’s powers. The foreseeable danger looming (if fully developed) would actually keep me reading this series.

It’s easy to see how Miss Peregrine’s Home For Peculiar Children became a New York Times Bestseller. With its engaging movie-ready plot, suspense, and its compelling adventure, it’s hard to put down. If you’re a fan of fantasy, I’d definitely say you will find this an engrossing read with an unusual take on storytelling. Even though I personally felt his story lacked in certain areas, Ransom Riggs has created a very unusual world which leaves the reader curious to find out how the fate of Jacob and the peculiar children will continue to unfold.

By now most of you would have seen trailers for the film adaptation of this book directed by Tim Burton. My early impressions are that the movie is going to be beautiful. Eva Green is not my idea of Miss Peregrine from the book, but she has a look I find compelling, and I am sure her acting ability will keep us endeared to the character. The movie seems to be taking the focus away from an important character and placing an emphasis on a minor one, but we’ll have to see how that develops.

Have you read Miss Peregrine’s Home for Peculiar Children? What are your thoughts on the book? Let me know in the comments.

Our romance-themed entertainment site is on a mission to help you find the best period dramas, romance movies, TV shows, and books. Other topics include Jane Austen, Classic Hollywood, TV Couples, Fairy Tales, Romantic Living, Romanticism, and more. We’re damsels not in distress fighting for the all-new optimistic Romantic Revolution. Join us and subscribe. For more information, see our About, Old-Fashioned Romance 101, Modern Romanticism 101, and Romantic Living 101.
Pin this article to read later! And make sure to follow us on Pinterest.
By Dixie-Ann Belle on September 23rd, 2016