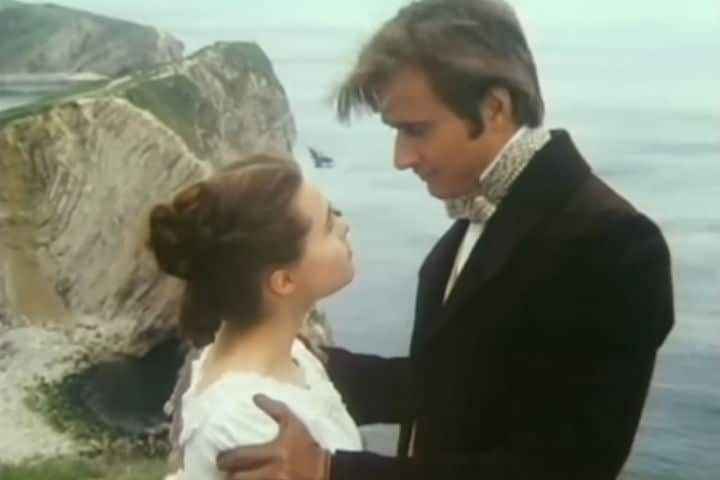 The Queen of Romance

For anyone who loves romance, it’s almost impossible not to have purposefully – or inadvertently – stumbled across British writer, Barbara Cartland. Often referred to as the Queen of Romance, she has had an incredible tenure as a writer of romantic fiction. Whether or not her brand of regency romances are your cup of tea, with more than 700 published works, it’s undeniable that she is among the most prolific writers of all time.

During the 1980’s she was one of the best-selling authors on the planet. Today she remains the Guinness Book of World Records holder as the author with most novels written in a single year – a staggering 23! Even more impressive, at the time of her death, she averaged completing a novel every 40 days! During the late 1980’s, five of her novels were adapted for the small screen. The cast included established and young actors, some who would go on to have very successful careers.

I Will Have Her 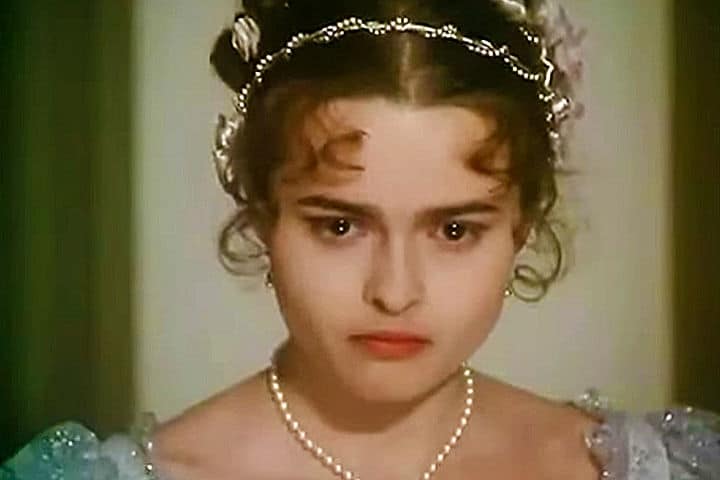 A Hazard of Hearts recounts the numerous misfortunes of Lady Serena Staverley, a young, intelligent and surprisingly plucky heroine, played by a fresh-faced, rather adorable Helena Bonham Carter. Serena’s father, Lord Giles Staverley, has a compulsive thirst for high stakes quenched only at the billiard tables of private gaming halls.

Goaded by Lord Harry Wrotham (Edward Fox), an old adversary intent on marrying Serena, Sir Giles is blinded by his gaming addiction and places one final bet – winning back the evening’s considerable losses against his daughter’s hand in marriage. With a dowry of 80 000 Guineas, the offer was just what Wrotham had been angling for. Sir Giles recklessly flicks his wrist as the dice dance ominously across the betting table. In an instant, he loses not only his home and all his fortune; he also loses his daughter to a ruthless fiend.

Defeated, Sir Giles exits humiliated. From across the room, however, the mysterious Lord Justin Vulcan, a gambler with unrivaled luck, challenges Lord Wrotham for Serena and the Staverley estate. Of course, Justin wins, but not in time to save Sir Giles, whose shame drives him to take his own life.

Married To The Devil Himself

Back at Staverley Court, Serena reels from the news of her father’s demise, as well as its impact on her now precarious situation in life. While her cousin Nicholas regales her with tales of Lord Vulcan’s raffish behavior, his fondness for beautiful women and his cold demeanor, “…He never loses at anything, never shows his emotions and he is heartless to women who love him. And there have been many…” Serena spurns Nicholas’s offer of marriage and is resolute – she will honour her father’s debt and as Lord Vulcan’s unwitting fiancé, she would not cower in fear of the aloof, mysterious rake. 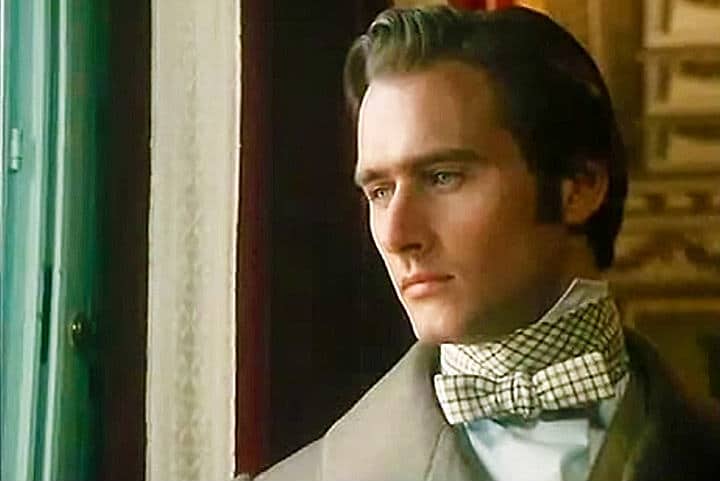 After weeks of indifference, Vulcan and his friends are bored by London society and decide to finally eyeball his winnings. Expecting the estate to be in disrepair and his fiancé to be a wooden legged, glass-eyed old maid, Vulcan is outwardly indifferent but clearly captivated by the young, beautiful Serena.

What am I to do with you, Miss Staverley?

In one of their best scenes, a spirited and willful Serena verbally spars with the aloof Justin, piquing his interest with her wit and knowledge of the family estate. But as he is a bachelor of ill repute and she a Lady, she is spirited away to his eerie family home, Mandrake, to be chaperoned by his mother until a more appropriate marriage can be arranged for her.

The Situation Is Not Of My Making

Lady Vulcan (Diana Rigg) is a bold, shrewd woman who is not at all pleased by the arrival of Serena. She is a gambler you see, running a secret den of iniquity outside the purview of the law. Like Sir Giles, she craves winning and Serena, having already inadvertently thwarted her plan at a union with Wrotham, is now an obstacle she needs to remove. Easier said than done though, as Justin and Serena’s attraction grows and their emotional and intellectual connection flourishes beneath Lady Vulcan’s disapproving gaze. 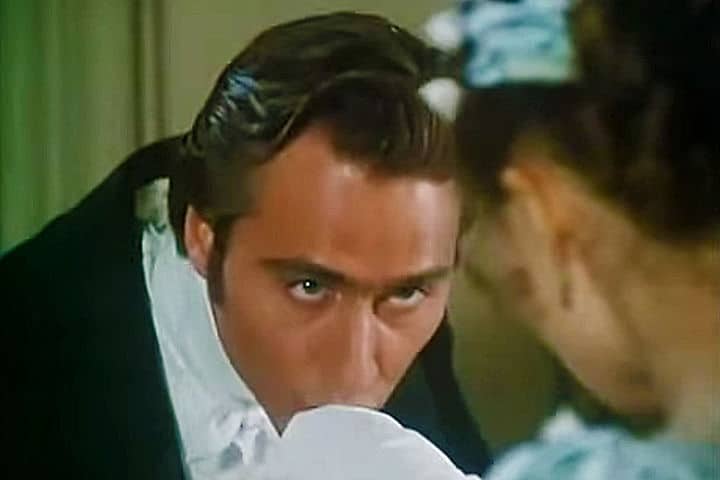 However, the plot thickens because someone is watching Serena from the shadows. At night there are peculiar noises coming from a nearby tower, strange visitors roaming about and flickering candlelight that cannot be explained. In addition, complicated love quadrangles are in play pretty much everywhere. For example, Nicholas is in love with Lady Gillingham, who believes herself in love with Justin. Justin, in turn, feels his cold heart melt when he’s around Serena, who is being relentlessly pursued by Lord Wrotham. Manage to follow all that? Excellent! Keep an eye out for Nicholas and Lady Gillingham in particular, who have an amusing conclusion to their story.

RELATED |  The 50 Best Romantic Period Dramas of All Time

In the final act, family secrets (and secret passageways) are unmasked, a highwayman plays against stereotype, multiple duels are fought, an ever-growing stockpile of bodies is amassed and there’s a thrilling, un-chaperoned, side-saddled dash on the back of a fearsome stallion. Essentially, all the good stuff.

In my early teens, after discovering the world of Austen, I found myself voraciously consuming period drama in most forms. Barbara Cartland’s sudsy melodramas fit the bill and remain surprisingly fun to watch. Years later, I still laugh at its silliness, while sighing unashamedly at the frothy romance.

A Hazard of Hearts was Cartland’s first regency romance and it shows. There are duels, balls, gambling, horse racing, multiple murders, a highwayman and moustache-twirling villains packed into its 90-minute runtime. It’s filled to the brim with over the top gothic and romantic tropes, making the feature absurd, yet utterly charming. The production is a product of the ’80’s and the quality of the DVD clearly attests to this.

However, the costumes are a delight – shout out to the formidable pink bow Lady Vulcan wears as she goes about her nefarious shenanigans. The dialogue, clearly ripped from the pages of the novel, is what you would expect from a regency romance circa 1950.

“Shall I make you fall in love with me Serena? Are you afraid of love, or merely of me?”

I know right? Eye-roll inducing and yet deliciously intriguing at the same time. Welcome to the world of Barbara Cartland!

The cast is quite fabulous and includes British stalwarts like Helena Bonham Carter, Diana Rigg, and Edward Fox. There’s also a blink-and-you’ll-miss-it appearance by Christopher Plummer as Serena’s father. Bonham Carter is spirited and independent within the confines of the plot and gives as good as she gets. She’s surprisingly forthright, a very appealing quality.

My favourite, however, is the (very) handsome Marcus Gilbert. Justin Vulcan is a cynical, soft-spoken hero who despite his cruel reputation, is actually rather considerate and responsible. My kind of hero. Also look out for Stewart Granger, Fiona Fullerton, Anna Massey and Eileen Atkins.

From the elegant, stately rooms of Staverley Court, to the mysterious and unsettling corridors of Mandrake, A Hazard of Hearts is a little period gem, served with (as the French would say) a generous side of fromage. While it does fall firmly into the category of “guilty pleasure,” it’s a definite childhood favourite of mine.

Where to Watch: A Hazard of Hearts is available for sale on Amazon and can also be streamed on YouTube.

Content Note: This film is unrated but is generally safe for family viewing. There is one brief scene that hints at sexuality and very mild violence.

Have you watched A Hazard of Hearts, read the novel or seen any of her other film adaptations? If you have, what did you think? Comment below and let me know!

Our romance-themed entertainment site is on a mission to help you find the best period dramas, romance movies, TV shows, and books. Other topics include Jane Austen, Classic Hollywood, TV Couples, Fairy Tales, Romantic Living, Romanticism, and more. We’re damsels not in distress fighting for the all-new optimistic Romantic Revolution. Join us and subscribe. For more information, see our About, Old-Fashioned Romance 101, Modern Romanticism 101, and Romantic Living 101.
Pin this article to read later! And make sure to follow us on Pinterest.
By Naazneen Samsodien on April 20th, 2017