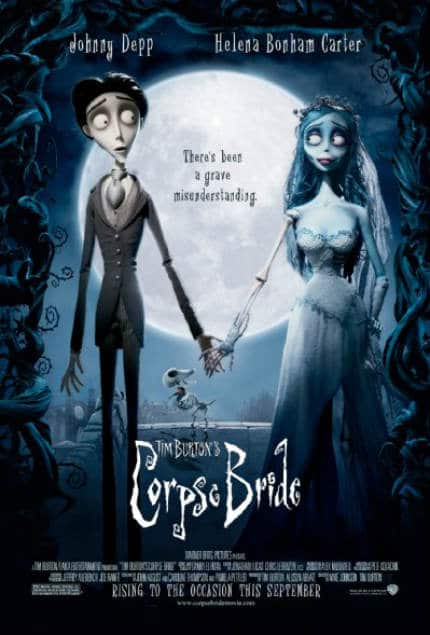 There are many films that are deserving of more attention. Sometimes this attention is positive while other times it is negative. Sometimes negative attention can be good attention. There are many factors that go into the commercial success or failure of a film and anyone of those factors can contribute, such as word of mouth, enthusiasm and the amount of time a film stays on the top, bottom or middle of a list of premiering movies.

The topic of today’s list is Corpse Bride with a few reasons why more people should watch it. This is a film that was by no means a failure but nevertheless seems to slide under the radar for many moviegoers, especially when compared to other stop motion films before it like The Nightmare Before Christmas.

The Animation of Corpse Bride 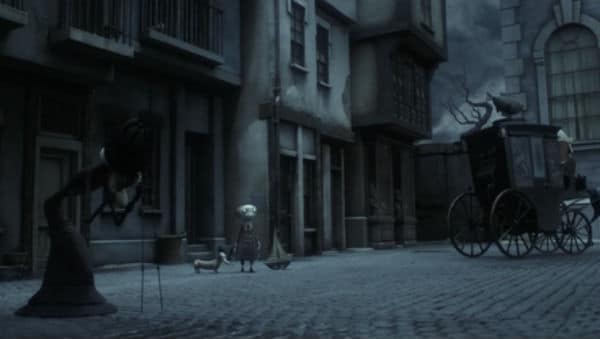 The stop-motion animation used for this film is very well done. Each character moves smoothly and objects that often blow in the wind like hair and loose clothing look realistic and even graceful. Another interesting detail of the animation is the colors used for the backgrounds and how effectively they are used to add to the atmosphere.

The land of the living is very Dickensian with a haunting and melancholy atmosphere. The visuals of the living are still stunning, with some exceptional uses of grays, browns, blacks and dark blues. The muted color scheme helps illustrate how socially repressed the people are and even how selfish some of them can be. 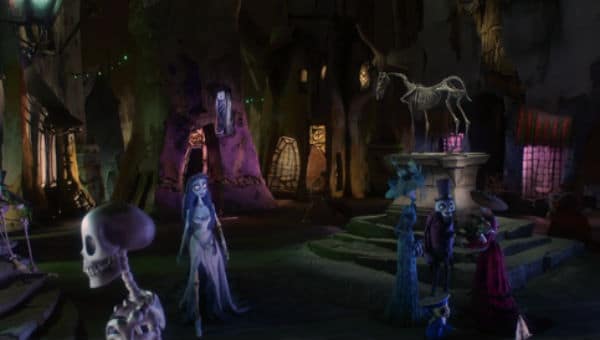 In sharp contrast is the land of the dead which is a world full of vibrant color. Every character is brightly colored with warm hues of purple, green, bright blue, red, orange, pink and yellow. The dead are more energetic and more alive than their living counterparts. In the land of the dead there is music, dance, and a party every time there is a new arrival. All of this helps show how the dead are happy and free from the constraints of the living world and can express themselves in any way they want. 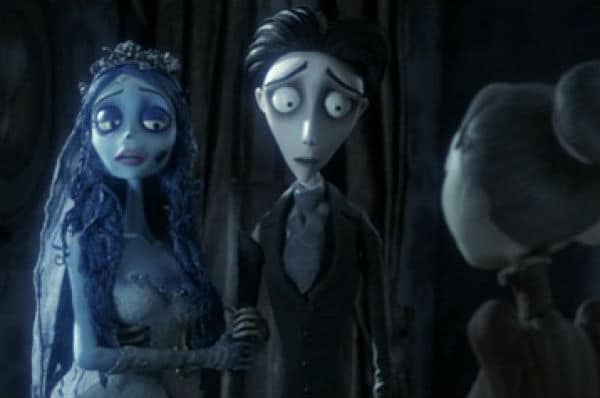 I have mixed feelings when it comes to love triangles. On the one hand, they can be a great source of tension and can sometimes be essential to the plot. However, on the other hand, they can take over the plot and become a source of aggravated frustration and a waste of time. In my opinion, a love triangle is well written if the characters have plausible reasons to care about each other, the characters respect each other, none of the characters are purposely made to be unlikable and the audience does not know immediately who the main character will end up with.

The love triangle in Corpse Bride accomplishes all of these goals. The relationships Victor has with Victoria and Emily are different but still enjoyable. There is a real bond that forms between Victor and Victoria and we even get to see a glimpse of how compatible they are during their wedding rehearsal. The relationship between Victor and Emily does get more screen time with Emily developing feelings for Victor slowly while Victor develops a fondness for her, despite their nearly opposite personalities. For many people, this was enough for some to want Victor to choose Emily. In my opinion, both women have an equal chance to end up with Victor and both women deserve happiness. 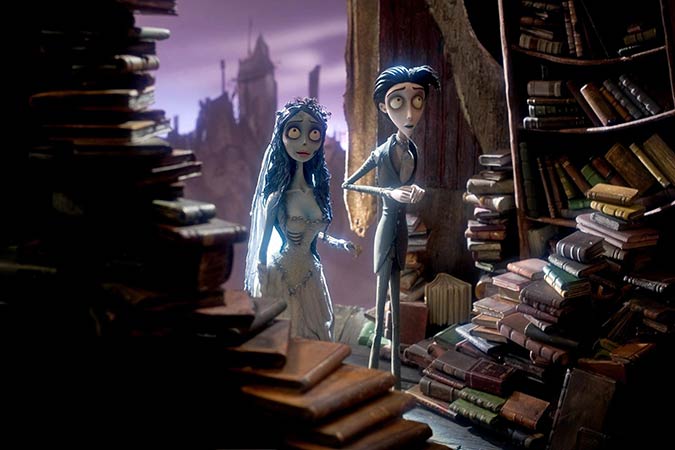 The characters are all enjoyable and fun to watch. The parents of Victor and Victoria are enjoyably over the top and selfish, wanting to marry off their children for their own monetary gain. There is the blunt but kind Ms. Plum who is a chef in the land of the dead. There is the wise, mystical, kind and paternal Elder Gutknecht. There is also the talented and charismatic Bonejangles, a friend of Emily’s and a source of entertainment at the Ball and Socket Joint.

Victor is the son of wealthy fishmongers and is an extremely timid, shy, and clumsy person. He has little confidence in himself and he seems nervous and uncomfortable around large groups of people. He is artistic with skills in drawing and the piano. We see these skills in the very beginning of the film when he draws a butterfly and in his two piano playing scenes. At his heart, he is a very kind, accepting and decent person. Through the course of the film, he becomes more confident and shows bravery. He even shows his calculating side when he tricks Emily into taking him up to the surface to see Victoria.

Emily is the titular corpse bride and the female lead of the film. In life, she was a well-known beauty and born into an extremely wealthy family. Her tragic backstory of passion, romance, and her foul murder serve to make her a sympathetic and lovable character. She is someone who wants to find love and wants someone to love her in return. In many ways, her personality is opposite of Victor’s. Emily is quite vivacious, passionate and extroverted, often seen smiling and laughing with friends. She often expresses her emotions to extremes. When she is happy, her joy is abundant. When she is sad, her feelings are all consuming.

She adores dancing, singing and playing the piano. She is exceedingly sweet and kind hearted by nature and a very loving person. However, sometimes she can be very naïve, ignorant, and oblivious. For instance, she does not seem to understand why Victor runs away from her when they first meet or why he insists on getting home as she said the land of the dead is his home now. Emily does seem to have a temper on her and is the jealous type. This is evident when she furiously drags Victor back to the land of the dead when she catches him in his deceit. Emily does not hold on to grudges and she forgives those who have hurt her.

Victoria is the daughter of selfish, penniless aristocrats. She is a very kind, quiet, shy, sweet and soft-spoken person who is a romantic and has always dreamed of marrying for love. She is an obedient daughter, rarely argues or stands up for herself. She also has artistic abilities; we see it through her craft and sewing skills. Like Victor, through the course of the movie Victoria shows bravery and determination. After Emily drags Victor back to the land of the dead, she does everything can she can to try and help him. She even shows a rebellious streak when she defies her parents after they lock her in her room by climbing down her balcony using a mere quilt. 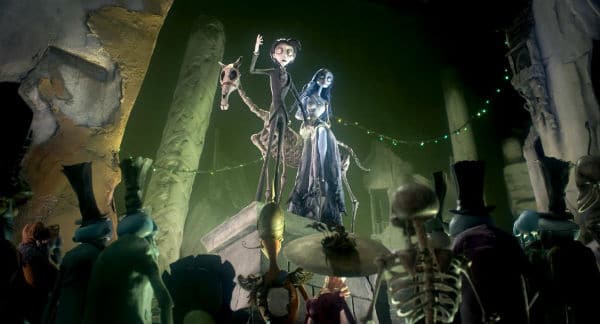 The voice acting, comprised of many of Burton’s standard actors, is still quite good. The actors help add personality to their characters with their voices, which is not always easily accomplished. The actors can inject the right amount of emotion into each scene without being too over the top. The only exception to this is the main villain of the film, but I suspect that was done on purpose. The voice acting provided by Helena Bonham Carter as Emily the Corpse Bride and Emily Watson as Victoria are especially noteworthy in how they each interact differently with Victor. 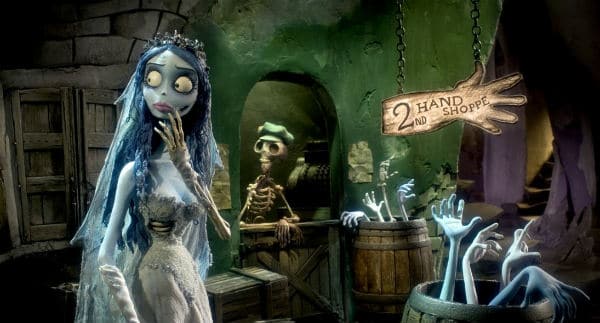 Tim Burton is known for his morbid and gothic sensibilities, visuals, and humor. Corpse Bride is no exception. The visuals from the land of the living are melancholy and dark, which adds to the stifling atmosphere. Even in this world of gray, hope still burns through the symbolism of a brightly colored blue butterfly and the inevitability of change.

In the land of the dead, there are things from disembodied hands giving directions, to characters losing various body parts. There is even a character with a human head on an insect body as well as a man split in half as that is how he died. All of the imagery is used effectively and helps develop the world of the dead. Some of it is used for humor while other times it is used to show the unique look of the film.

I hope I have convinced a few who might not have seen this movie to give it a chance. It is not a perfect film but it a film with many elements to it that are worth watching. It is a fun, adventurous movie that even has a little social commentary on wealth and death. If it sounds like something you would enjoy then give it a watch and see for yourself.

Our romance-themed entertainment site is on a mission to help you find the best period dramas, romance movies, TV shows, and books. Other topics include Jane Austen, Classic Hollywood, TV Couples, Fairy Tales, Romantic Living, Romanticism, and more. We’re damsels not in distress fighting for the all-new optimistic Romantic Revolution. Join us and subscribe. For more information, see our About, Old-Fashioned Romance 101, Modern Romanticism 101, and Romantic Living 101.
Pin this article to read later! And make sure to follow us on Pinterest.
By Moriah Burbank on October 17th, 2015

2 thoughts on “5 Reasons You Should Watch Corpse Bride”