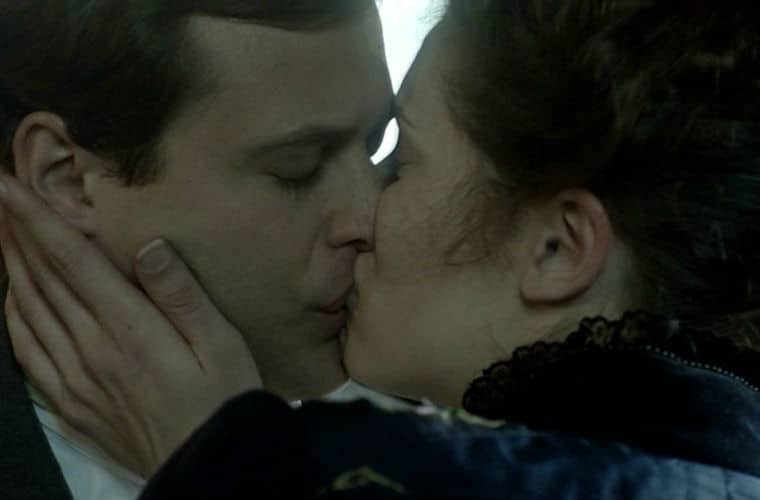 The Mystery of a Hansom Cab Review

Regardless of the great admiration I have for period dramas, somehow they consistently prove a source of surprise. On the one hand, the quality I find within the genre shouldn’t surprise me. Yet there’s another part of me that relishes that sense of surprise.

Plans for a happy future are well on the way for young Irishman Brian Fitzgerald (Oliver Ackland). He has a respectable living and the love of the best girl. Margaret (Jessica De Gouw) – or Madge as she’s affectionately called. She is the only daughter of Melbourne’s wealthiest gentleman, Mark Frettlby (John Waters). On the surface, he seems a man pleased to secure such a match for his daughter. Then, overnight something changes. Unexpectedly, he insists his daughter entertain a proposal from a stranger.

This stranger is Reginald Valpy (Gerry Connelly), a man who dined at the Frettlby home only the night before. It was at this dinner that he took an unrequited shine to Madge. But his interest goes beyond the luxury of having such a bride on his arm. It would seem the scoundrel has something hanging over Frettlby. When Valpy is found murdered in a hansom cab, eyes of suspicion fall on Brian which leads to the discovery of unimaginable secrets.

Since I bought the first season of Miss Fisher’s Murder Mysteries on a whim (and on recommendation), I’ve discovered the hidden treasure trove that is Australian drama. The zany Miss Fisher led to the comedic Mr. and Mrs. Murder and the quieter but no less wonderful Doctor Blake Mysteries concluding with my most recent find that is this drama. Though not in serial form as the others in this list, this 90-some minute drama is no less entertaining. 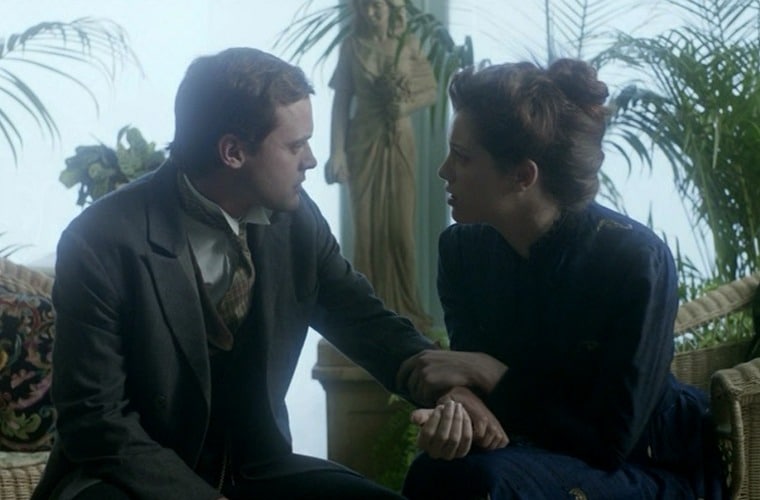 From the back cover and Amazon page, I wasn’t sure what to expect from The Mystery of a Hansom Cab. Still, it lingered in my mind and constantly appeared up in my browser as a “recommendation” (based on shopping history), so I finally hit the “buy” button. Without messing about the particulars, I’ll say this: The Mystery of a Hansom Cab is a wonderful and underrated gem. I watched it one Sunday evening along with my parents and all three of us sat transfixed. When I take a closer look at the nitty-gritty, there are a few flaws, but nothing of any import so as to cause dissatisfaction with the end result.

The opening inspires confusion and scatters the events rather than making the effort to organize the story. What I mean by this is the story almost begins halfway through before it backpedals to the past after it first shows off the result rather than the present of the story.

Once you adjust to the non-linear creative choice, the strategy works as a kind of “Gothic” Victorian. The writing inspires guesswork. Furthermore, the atmosphere of The Mystery of a Hansom Cab is fantastic. The dark streets of the city make us second guess every dark alley and every character’s motivation. Because of this and its genre, the way the story opens isn’t bad as much as an adjustment.

Everything that goes into this as a production paints a pretty picture. The acting is good as are the sets and costumes. I enjoyed the discovery of new talent, and the chance to see Jessica in something so drastically different from her recurring role in Arrow. 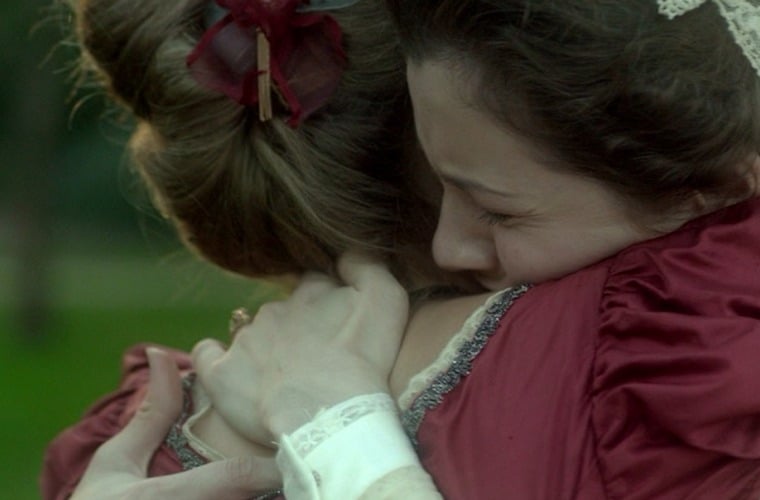 Those of us who like Aussie drama or period serials like Murdoch Mysteries will find a hidden gem in these darkened streets. The film is worth its salt and is sure to delight those of us who relish a good mystery. I’d like to say so much more about this period drama, but doing so might spoil the discovery. (If you’ve seen it, comment down below with your thoughts.)

In the end, The Mystery of a Hansom Cab is worth the minimal investment I made. It’s mysterious (minus the chills), it’s especially romantic, and perhaps the greatest surprise is that it shows the value of friendship. The script (based on a best-selling novel that once outsold Arthur Conan Doyle’s first Sherlock novel) is smart without trying too hard.

Perfect for the autumn season, make The Mystery of a Hansom Cab your next period drama discovery. It’s a new favorite in my rankings.

Purchase a copy of The Mystery of a Hansom Cab on Amazon.

Content Note: some of the characters visit the “seedy” side of the city where we see prostitutes; the camera briefly catches female nudity on one. A woman is kept against her will in a brothel. A murder is committed (non-graphic).

Our romance-themed entertainment site is on a mission to help you find the best period dramas, romance movies, TV shows, and books. Other topics include Jane Austen, Classic Hollywood, TV Couples, Fairy Tales, Romantic Living, Romanticism, and more. We’re damsels not in distress fighting for the all-new optimistic Romantic Revolution. Join us and subscribe. For more information, see our About, Old-Fashioned Romance 101, Modern Romanticism 101, and Romantic Living 101.
Pin this article to read later! And make sure to follow us on Pinterest.
By Rissi JC on October 26th, 2016