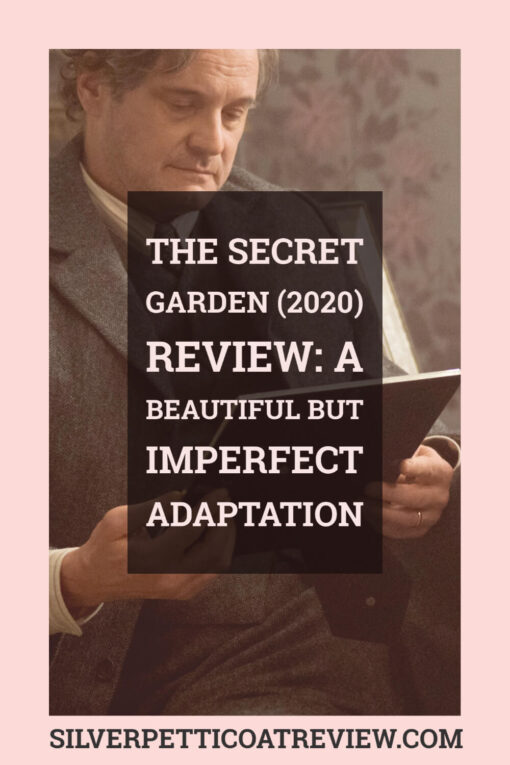 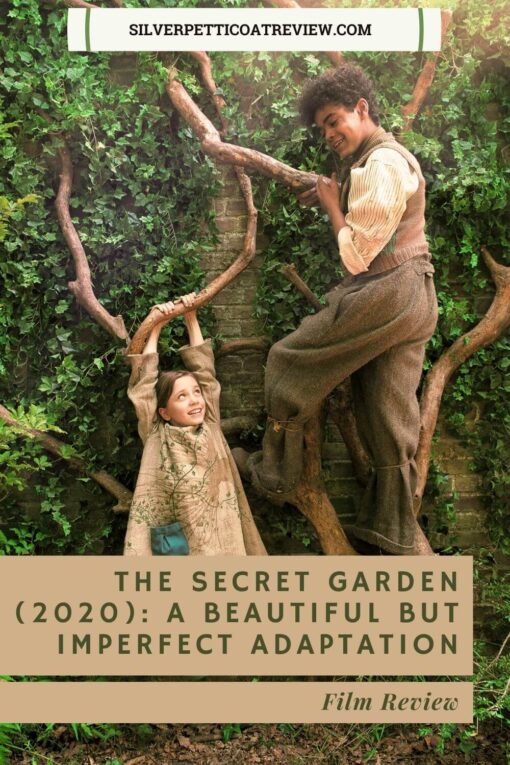 Colin Firth stars in the latest version of the beloved children’s novel, The Secret Garden.

Frances Hodgson Burnett’s classic children novel, The Secret Garden, comes to life once again in a new screen adaptation. Over the years, the magical tale has been adapted numerous times – some versions with better results than others.

The new reworking falls somewhere in the middle.

The Story of The Secret Garden

The Secret Garden 2020 movie tells the story of a spoiled orphaned girl, Mary Lennox, who moves from India to her uncle’s gothic-like estate in England.

There, she discovers a secret, magical garden that holds the mysteries to the house, her stern uncle, and her mother.

Along the way, she also befriends her invalid cousin, Colin, and Dickon, a local boy who has a deep love for nature and animals.

While director, Marc Munden, brings gorgeous production values to the story, he (and screenwriter, Jack Thorne) deviate from the source material in odd ways, ultimately offering viewers a lovely if flawed experience.

When comparing to previous versions (most notably the brilliant 1993 adaptation), you can’t help but notice how the 2020 adaptation falls short.

What the Movie Does Well

What the film does best is to bring visual beauty to the beloved story. The garden is beautiful, the costumes colorful and seemingly historically accurate. The cinematography brings a sense of fairy-like wonder to the film. Plus, a little bit of CGI works to show Mary’s imagination visually

The additional touch of the supernatural brings extra magic to the story. The movie is also an excellent precursor to gothic stories for children.

The cast is good, of course. When you have Colin Firth in a period drama, one can always expect greatness. Julie Walters plays the cold Mrs. Medlock with a proper amount of sternness.

Newcomer, Dixie Egerickx, plays Mary with likability and childish charm. Edan Hayhurst plays Colin well (though not as brilliantly as the remarkable 1993 performance from Heydon Prowse).

Now, for everything the film does well, in the end, one can’t help but feel a little underwhelmed by it. There is nothing terrible about the film, and it’s hard to put a reason why, but I finished the movie wondering why I didn’t feel the emotions I expected to.

The film doesn’t bring the transcendent experience I expected. Sure, it’s uplifting but not as good as it could have been. Perhaps one of the reasons why is because of the substantial revisions from the novel.

If you’ve read the book, you’ll immediately notice some of the changes. As this is an interpretation of the story for a modern audience, I understand Munden’s creative choices. Do I always agree with Munden’s creative direction? No, but I appreciate his vision.

For one, I felt Mary wasn’t as spoiled or selfish as she is in the book. Thus, her transformation feels minimal and not that noticeable. I understand the director likely wanted to make her more likable and conventional, but her selfishness and bad behavior are vital to Mary’s characterization.

While she’s still spoiled here, her conduct is much milder and tamer. In the end, the garden doesn’t change her all that much.

Another odd change was the transition from Edwardian times to post World War II. When watching the movie, the reason for the departure is unclear. It doesn’t much change the narrative or themes. Still, the change isn’t bothersome, just odd.

The sisters (Mary and Colin’s mothers) have been changed to identical twins – with new flashbacks to match. Now, as an identical twin myself, I found the change intriguing. But it does alter the original story considerably.

And then there is the ending. It is not the same ending. From an entertainment perspective, it’s easy to see why Munden made this change to the story.

Perhaps he believed it would bring more action to a digitally distracted audience. Without giving away spoilers, the end is interesting within the gothic ghost genre, but not exactly true to The Secret Garden book.

Ultimately, I think one reason the film doesn’t quite triumph is the lack of emotional punch. The director completely changed the ending of the story with a new gothic twist. It’s entertaining but puts less focus on the garden and instead focuses on the plot.

It also places less emphasis on the full transformation of the characters. Yes, it’s still there, but not as much, and the emotions suffer because of it.

Overall, if you enjoy the famous story, you’ll likely appreciate this version of The Secret Garden. It’s a good, if not a great, adaptation. And if you like gothic period dramas, Colin Firth, and imaginative stories, you’ll likely be entertained.

While it’s not as emotionally fulfilling as previous adaptations – most notably the brilliant 1993 version, it’s a pleasant diversion with good messages, and a lovely film to watch with the entire family.

Have you seen the new Secret Garden 2020 adaptation? What are your thoughts on this version? Let me know in the comments!