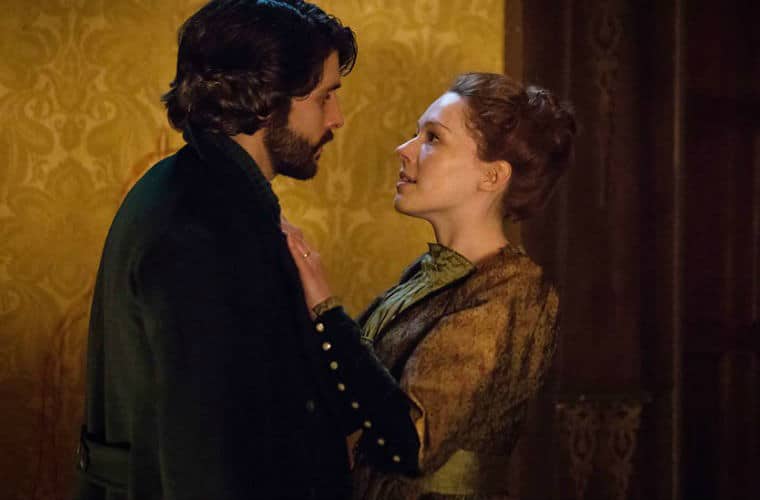 The psychological thriller genre isn’t one I gravitate towards. But now and again I make an exception. When I chanced upon this latest production from the BBC, without knowing anything about The Living and the Dead, I decided to watch the 6-part miniseries and give it a chance.

The series opener introduces us to Nathan Appleby (Colin Morgan), a man whose return to his ancestral farm incites darkness. Shortly after his return to the country home he grew up in, his mother dies which creates a choice for Nathan. Stay or return to a successful psychologist practice he operates in London. Soon, his wife Charlotte (Charlotte Spencer) arrives. With no disagreement from Charlotte, the loving couple decides to make a home for themselves in this valley.

Charlotte sets about filling her days undertaking the operation of the farm. Meanwhile, Nathan is pulled into supernatural cases that continue to pile up the longer they remain in the troubled place that appears to be haunted.

Given that I went into this “blind,” I didn’t have any expectations of what this series would be about or its quality. Of course, the fact that BBC is emblazoned on the cover means the value, sets, and “look” of the production are sure to be gorgeous. Everything they set out to do, they do beautifully. But the story isn’t always so fortunate.

This series isn’t visually troubling as it is emotionally impacting. There are visuals that conjure up frightening and troubling concepts (particularly the latter part of episode five), but the “mind games” psychology of the script is greater than anything else. Because of this, The Living and the Dead isn’t going to be a series that suits everyone.

From the start, the implication of this script is that it won’t end the best, however, this doesn’t halt the hope of alternate possibilities. Everything that happens leads to darkness and despair. Even the characters slowly spiral toward a dangerous precipice. Despite this, I adored the romance of Charlotte and Nathan. It’s not epic in the way of Jane Austen’s Elizabeth and Darcy, but there’s a complex pull to their relationship. Interestingly the writers take the time to give us a glimpse of happiness in their lives in the quiet moments between them. This helps lighten the otherwise dark mood. 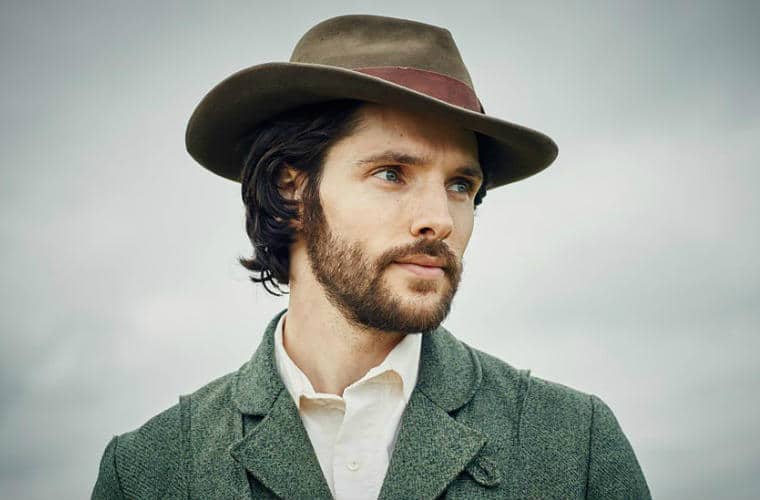 What I do love about this series is the quality of the production. From the opening theme (credits and music) to the scenery, everything is superb. This also includes the cast. To start with, I think what so drew me to this production was not only the allure of a new period drama but the fact that Colin Morgan stars. Colin is, of course, Merlin from BBC’s Merlin series. Seeing him in such a drastically different role was a great deal of fun. Everyone else was new to me although no less impressive.

What I liked were the many elements that join forces to make up the larger structure of The Living and the Dead. There’s a “rustic” wilderness which is prominent in many of the scenes. There are Gothic vibes and more puzzling, contemporary threads that dangle with few answers. (At least not until the conclusion.) The final episode, in particular, is riveting. In the end, while I may have reservations about the inferences and ultimate conclusion (I wish the final 20 seconds didn’t exist), this is a solid drama. If you don’t mind wading through questions sometimes best left alone, this is an interesting way to spend a weekend. The messages about life and death it poses is sure to make a viewer think after the credits close. Plus, if nothing else, there’s always the allure of a pretty period drama.

You can rent The Living and the Dead on Amazon Video.

Content note: One scene shows a nude man swimming (from the back and side). There are about 2-4 sex scenes. Several scenes involve spirits, and another depicts dozens of people strung up in trees. A woman runs into the “v” of a tree, hanging herself; a girl is taken over by demon spirits and later suspended in the air by an invisible rope.

Our romance-themed entertainment site is on a mission to help you find the best period dramas, romance movies, TV shows, and books. Other topics include Jane Austen, Classic Hollywood, TV Couples, Fairy Tales, Romantic Living, Romanticism, and more. We’re damsels not in distress fighting for the all-new optimistic Romantic Revolution. Join us and subscribe. For more information, see our About, Old-Fashioned Romance 101, Modern Romanticism 101, and Romantic Living 101.
Pin this article to read later! And make sure to follow us on Pinterest.
By Rissi JC on December 15th, 2016