The Painted Veil (2006) is an adaptation of the novel by W. Somerset Maugham, which followed the disillusionment and growth of a shallow young socialite named Kitty Fane. With the exception of a few changes, the film remains relatively close to the source material. The two leads were passionate about the project with both Naomi Watts and Edward Norton choosing to produce the film.

Set in 1920’s England and China, the story begins with Kitty and Walter travelling to a village ravaged by Cholera. The first part of the story is largely told in flashbacks explaining how they came to be in their current situation. In short, Kitty had married Walter to get away from her mother, unbeknownst to him. Then, the two moved out to Shanghai for his work. 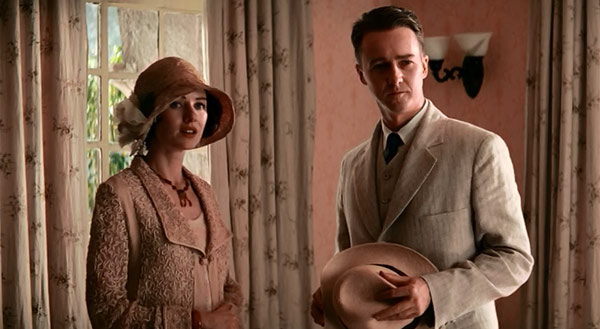 There she began an affair with another married man, Charles Townsend, played by Watts’ real-life husband Liev Schreiber. When Walter discovers the truth, he accepts a dangerous assignment and insisted that either Kitty accompany him or he will divorce her, effectively ruining her reputation. Once they reach the village, they find themselves in danger not only from cholera but also from the growing political unrest in China. In this dangerous time, the two are tested to the extreme and begin to finally see value in one another. 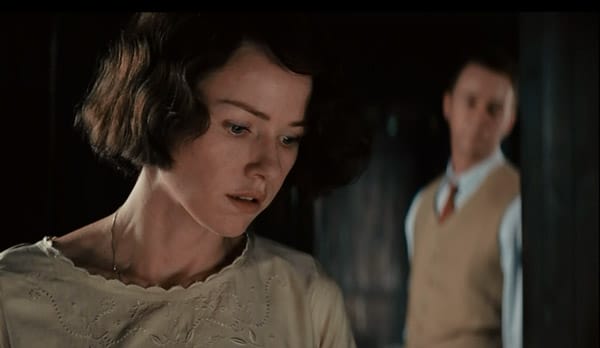 Walter and Kitty Fane are not at all sympathetic to begin with. They are shallow, selfish and spiteful, continuing to be so for the first third of the film. But as the characters are put through hardships they begin to grow as people in their efforts to help others. They come to understand one another better. Likewise, they begin to grow on the audience.

The Painted Veil is certainly a film which sticks in the mind, with a plot that is never predictable. It is an interesting look at how people can wound one another and how they can ultimately change. The film looks fantastic, utilizing the natural beauty of China. The thoughtful quality of the movie plays out well against the backdrop of the mostly untouched countryside province of Hunan.

One aspect of the film that was strong was the performances. Norton and Watts are very well chosen for the roles of Kitty and Walter, playing them with a depth of feeling. 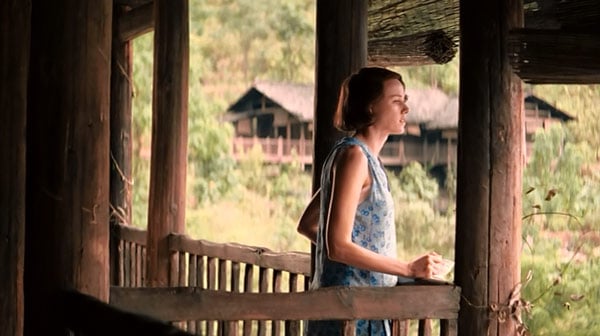 The film’s supporting cast were also fantastic, including the always excellent Diana Rigg as the kind, wise yet misguided Mother Superior. Toby Jones is good as the wry and somewhat cynical Waddington. I especially liked Anthony Wong’s performance as General Yu, an intelligent and resourceful leader who is a mediator of sorts between the Chinese people and the British, with strong political opinions of his own. 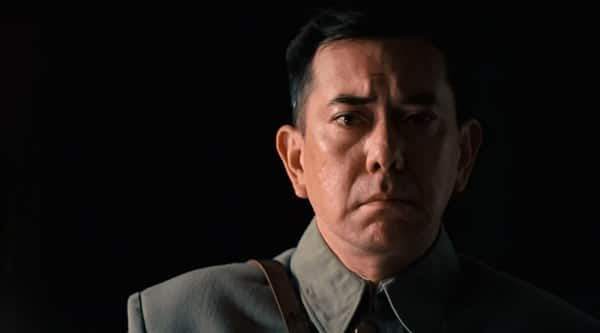 My only criticism is that in the earlier part of the film, a viewer can be perhaps provoked to apathy without any reason to care for the characters. Though it is a credit to the film that you begin to fall for Walter and Kitty just as they begin to fall for one another, after the initial dislike. Once begun, their love story is unexpected and genuinely touching. 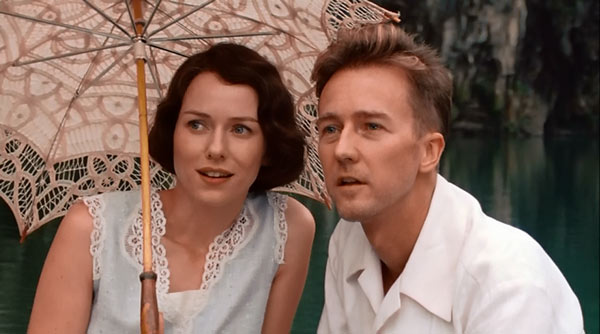 There was no love story in the book. While Kitty grows to respect her husband and see his worth, she never falls in love with him. The year in which it was set was changed also, in order to set it during the rise of the Chinese Nationalism movement. A change which helps represent Walter Fane as the face of British Colonialism, its virtues and its great follies. These changes for the big screen make for a more meaningful story that engages with the time period well. It also helps to alleviate some of the bleakness that Maugham is known for.

The film is a must for any twenties aficionados who are fond of the literature produced during that period. If you like thoughtful drama, character pieces, history and stories about opposites finding common ground then you will probably enjoy this film.

Our romance-themed entertainment site is on a mission to help you find the best period dramas, romance movies, TV shows, and books. Other topics include Jane Austen, Classic Hollywood, TV Couples, Fairy Tales, Romantic Living, Romanticism, and more. We’re damsels not in distress fighting for the all-new optimistic Romantic Revolution. Join us and subscribe. For more information, see our About, Old-Fashioned Romance 101, Modern Romanticism 101, and Romantic Living 101.
Pin this article to read later! And make sure to follow us on Pinterest.
By Elinor Cackett on June 8th, 2015