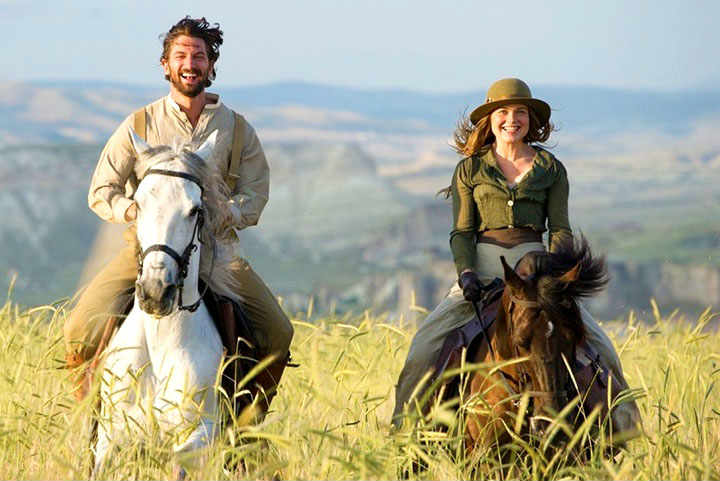 The Ottoman Lieutenant is a love story between an American nurse and a Turkish officer set on the brink of the First World War. This blink-and-you-probably-missed-it film is an all encompassing, sweeping war epic, sprinkled with a dash of an old school western. Most of all however, The Ottoman Lieutenant is a romantic drama. I should caution up front not to expect a biopic, a history lesson or even a narrative that is mildly faithful to the real life Armenian genocide that the story is built around. If you set that aside, there’s a lot to like about The Ottoman Lieutenant.

Tagline: In a land on the brink of war the most dangerous place to be is in love.

This Is Something I Have To Do

Hera Hilmar plays Lillie Rowe, a strong-willed nurse from Philadelphia in the United States. Stifled by her privileged life, she is tired of seeing bad things happen to good people around her. Inspired by a meeting with a fellow American doctor Jude Gresham (Josh Hartnett), she defies her parents and decides to offer her skill as a nurse at Gresham’s mission in Eastern Anatolia. Armed with a truck filled with medical supplies, Lillie meets the raffish Ismail Vell (Michiel Huisman) of the Ottoman Imperial Army. Ismail has been assigned as her escort and en-route to Gresham’s mission, they fend off bandits and generally avert imminent danger. The trek is long, the journey accomplished on horseback. Of course our beautiful, young lovers are soon to side-eye each other with more than simple curiosity.

RELATED: The Promise (2017) -A Romantic Tragedy About the Armenian Genocide

Matters are complicated when Gresham believes he’s found ‘the one’ in Lillie. Unfortunately, she’s looking at the Ottoman Lieutenant when Gresham is looking at her. However, Lillie and her bachelor duo have more pressing concerns. World War I looms, as well as the imminent genocide of Armenian Christians. What unfolds is the story of forbidden love, unrequited love and the courage to do what is right. 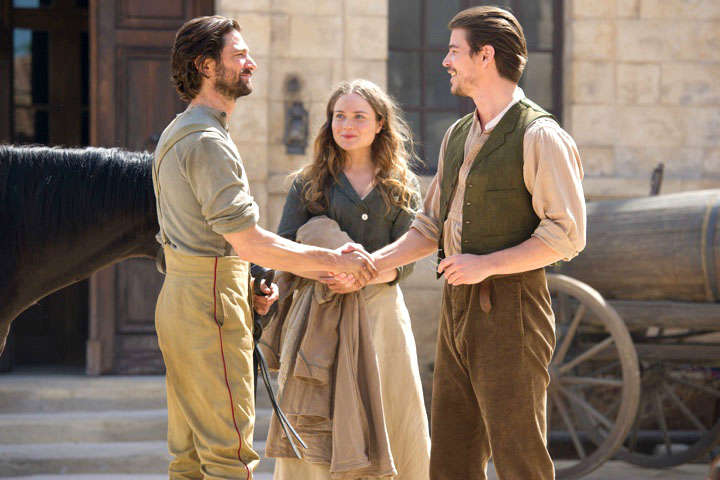 Hera Hilmar, an Icelandic actress recognizable by her work in Da Vinci’s Demons, is a modern feminist, out of place by 1914 standards. Where her staunch independence stems from is unfortunately a mystery the film does not explore. In any case, when she arrives in Istanbul, she is welcomed and cautioned in equal measures. “A war coming,” she is advised. Translated, this means, “might be best to return from whence you’ve come”. Later, the mission’s Chief Surgeon Woodruff – a cantankerous Ben Kingsley – kind of says the same thing. Except, he says it with much less finesse. “Go home. Go home immediately. This is no place for a woman”. Lillie however, is going nowhere. Can’t blame her though. She’s just met a handsome Turkish officer. As someone’s who’s been to Turkey, believe me, the struggle would have been real.

I thought I was going to change the world but, of course, it was the world that changed me.

Michiel Huisman is cast as the Muslim solider, our titular Ottoman Lieutenant. Known for his work as Daario Naharis on Game of Thrones, or Ellis Jones in Age of Adaline, Michiel certainly has the look and accent down. I’m a huge fan of Huisman’s and I really enjoyed his turn in The Ottoman Lieutenant. Like Lillie, he too is portrayed as being ahead of his time, forward thinking but unfortunately free from personal demons. No judgement please but I prefer my heroes battling some personal torment.

Despite the lack of grey in his characterisation, Ismail is suitably cranky when he first meets Lillie. But our American heroine works hard to melt his grumpy soul. While Hilmar and Huisman make a striking pair on screen, their actual chemistry leaves a little something to be desired. Lillie as a character is far less interesting than she could have been, which is a real pity. Unfortunately, like Lillie, Josh Hartnett’s character Jude is also fairly thinly sketched and remains standard romantic triangle material. I feel Josh is playing his character from Pearl Harbor, except with less success.

I Just Wanted An Excuse To See You Again 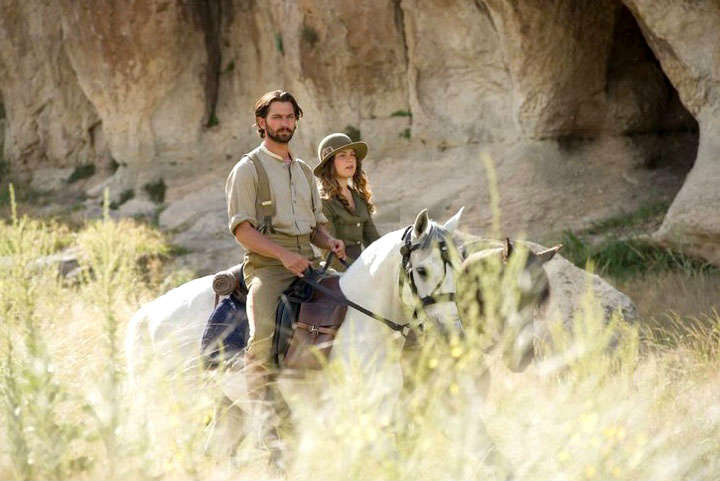 While main characters need to spend time together in order to build towards their connection and inevitable love story, in The Ottoman Lieutenant, it seems strange that during the midst of a war that looms, Ismail and Lillie are able to spend time rowing idly across the river. Is it romantic? Of course, it is. The unabashed romantic in me is doing mental cartwheels. Does it make sense? Not at all. Lillie is a nurse at an understaffed mission. I kept thinking that there must be things to do, patients lives to save, something important to achieve. Instead, we are treated to what feels like a “day off” when in reality, no such thing would have existed. It’s the type of detail the film takes for granted and is less sophisticated because of it.

Having said that, the love story here is worth the watch. Despite the fact that the complexities of an inter-religious relationship are barely explored, I enjoyed watching Lillie and Ismail fall in love and only wish the film managed to scratch beneath the surface of their dynamic. From a filmmaking perspective, however, The Ottoman Lieutenant is a beautiful film filled with breathtaking panoramas and vibrant colours. Filmed in both the Czech Republic as well as Turkey, the cinematography by Joseph Ruben is stunning.

I feel strongly that this film had the makings of something great. The Ottoman Lieutenant tries to be a story about how love can overcome social and religious differences. Unfortunately, the film fell somewhat flat in the clunky execution of this ambition.

Should you see it? I’d say yes. Even if it’s only to marvel at the beauty of the Turkish landscape. Alternatively, you could simply appreciate a bearded, ruggedly handsome Michiel Huisman in uniform. It would not be a wasted 90 minutes.

Where to Watch: The Ottoman Lieutenant is available to buy or rent on Amazon.

Content Note: This film is rated R for some violence and mild sexuality.

Have you watched The Ottoman Lieutenant? What did you think? Comment below and let me know!

Our romance-themed entertainment site is on a mission to help you find the best period dramas, romance movies, TV shows, and books. Other topics include Jane Austen, Classic Hollywood, TV Couples, Fairy Tales, Romantic Living, Romanticism, and more. We’re damsels not in distress fighting for the all-new optimistic Romantic Revolution. Join us and subscribe. For more information, see our About, Old-Fashioned Romance 101, Modern Romanticism 101, and Romantic Living 101.
Pin this article to read later! And make sure to follow us on Pinterest.
By Naazneen Samsodien on August 3rd, 2017