The Moment: Henry’s Apology and Proposal.

THE BUILD UP: Ever After‘s Danielle and Henry

If you have never seen Ever After, you are really missing out. The story is about Danielle, a young girl whose father remarries and dies tragically shortly after; it’s a classic Cinderella story with a bit of a twist. Not only is it trying to be a “historically accurate” version of the fairy tale, it also gives the Cinderella (Danielle), a very different outlook on life than Cinderella usually gets.

Danielle is a determined young woman who has been made a servant by her stepmother. Danielle reads, can fight, is brave and determined, and is trying to save her family home from the mismanagement of her stepmother. When she disguises herself as a noblewoman to buy back the life of one of her friends who her stepmother has sold to pay her own debts, she encounters Prince Henry.

Henry is a disillusioned young man who is drawn to Danielle’s spirit and conviction. When she is pressured to give him a name, Danielle makes one up, not realizing that she has captured the prince’s attention. However, she has captured his interest and they keep finding themselves in each other’s company over the next few days. As they learn more about each other, they begin to fall for each other. Despite her growing feelings for him, Danielle is aware that he is royalty and that she is a peasant, making their relationship taboo in many ways.

When she finally tries to tell Henry the truth about who she is, her stepmother intervenes and Danielle is outed as a servant in a very public way, at a ball. Henry takes it badly, and things seem hopeless for this romantic pair. Soon, Danielle is sold by her stepmother, and Henry is to marry the Princess of Spain.

After freeing herself from the clutches of her new master, the creepy and persistent Pierre Le Pieu, Danielle leaves his castle and walks right into Henry, who is not getting married and has come to rescue her. Since the last time they saw each other was at the ball when Henry discovered that Danielle was a servant and publicly humiliated her, Danielle is surprised to see him. To be fair, they both made mistakes in their relationship to this point, but she was the one who was most embarrassed (and sold to a creep). 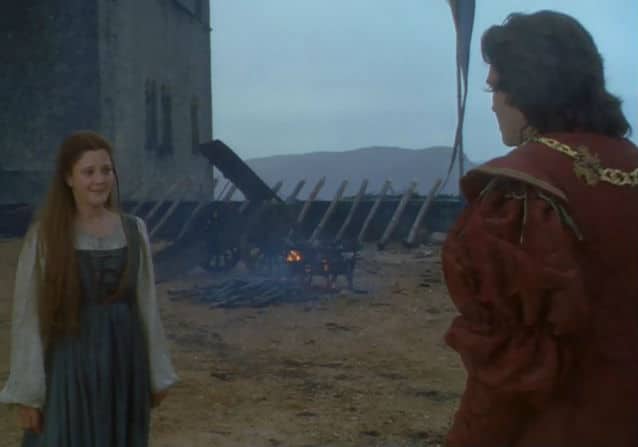 When she asks what he’s doing there, Henry, for his part, bashfully admits that he has come to save her. She reminds him that she is just a commoner, and he also tells her that he has come for another reason, to apologize to her. 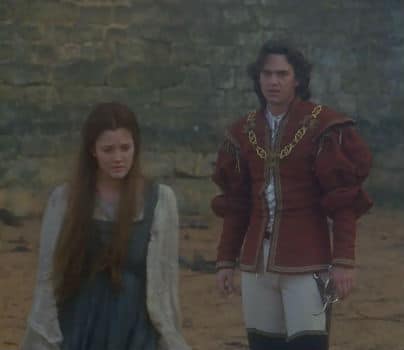 “I offered you the world,” he tells her, “and at the first test of honor, I betrayed your trust.” As she continues to walk away, he calls out her name. She stops and turns. 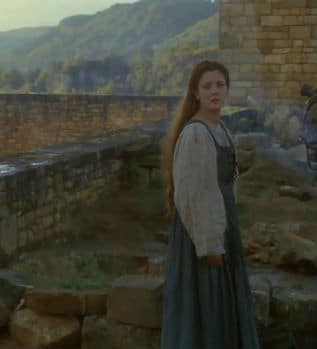 “Say it again,” she requests, and Henry, thinking she means the apology, does so. She clarifies that the part she wanted to hear again was him saying her name. Since he’s only known her by fake names, this is a big step forward in their relationship. 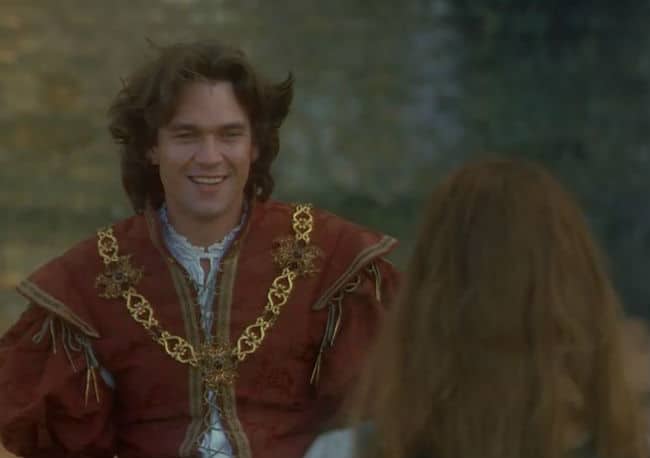 After he learns that, Henry, smiling, does say her name again. She smiles, but there is more to come. 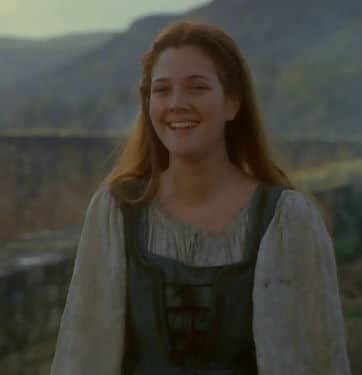 At this point, Henry reveals that he still has the shoe she dropped at the ball. He tells her that he has been looking for its owner, and wonders if she can help him track her down. 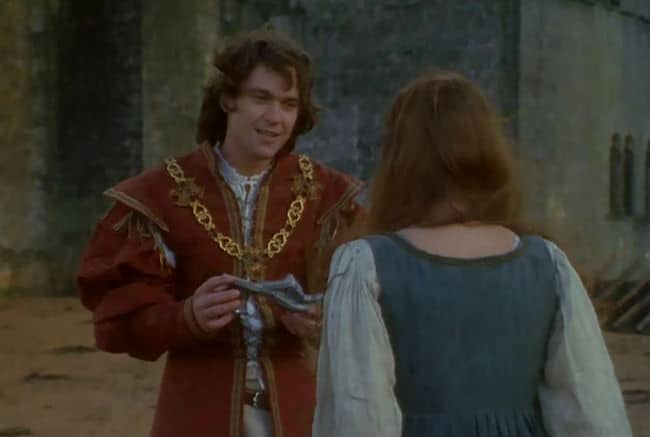 Danielle is shocked to see her shoe in Henry’s hands and asks in surprise where he found it. 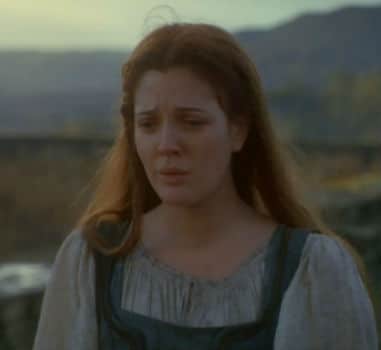 Henry responds by telling her that the owner of this shoe is his match. “She is my match in every way, please tell me I haven’t lost her,” he says with conviction. 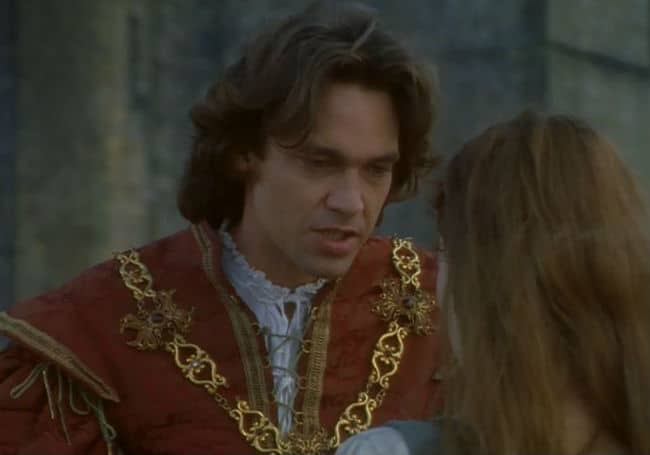 This clearly surprises her; it’s not the reaction she was expecting. Danielle, however, reminds him of something that has always been a bit of a stumbling block in their relationship; she is a servant and he is royalty. She reminds him of this fact by coming clean about the reason she dressed like a courtier in the first place, to save her friend. 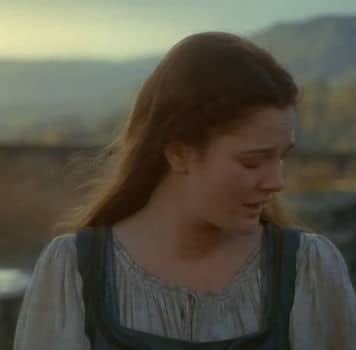 Henry listens to her concerns, tells her that he knows, and asks her to call him Henry. He seems to be deep in thought and surprises Danielle further when he gets down on his knees. 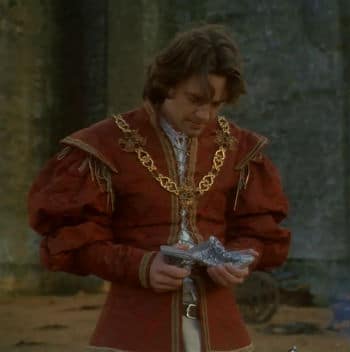 “I kneel before you not as a prince, but as a man in love,” Henry begins. 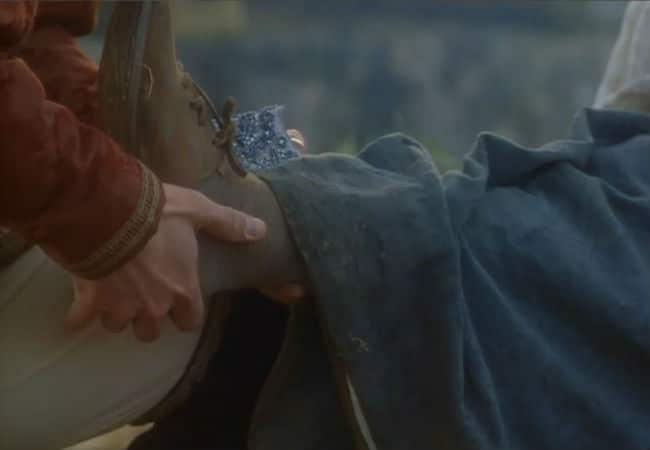 “But I would feel like a king, if you, Danielle de Barbarac, would be my wife.” 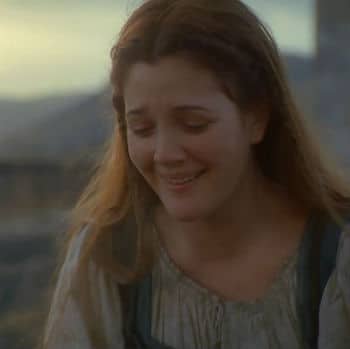 Danielle bursts into tears, covering her face with her hands. Both Henry and the audience wait with baited breath to see what she will say in response to his proposal.

Danielle, it turns out, is crying for joy. She leaps up and throws herself into Henry’s arms. Personally, I take this as a yes, and it seems that both Danielle and Henry think so too. 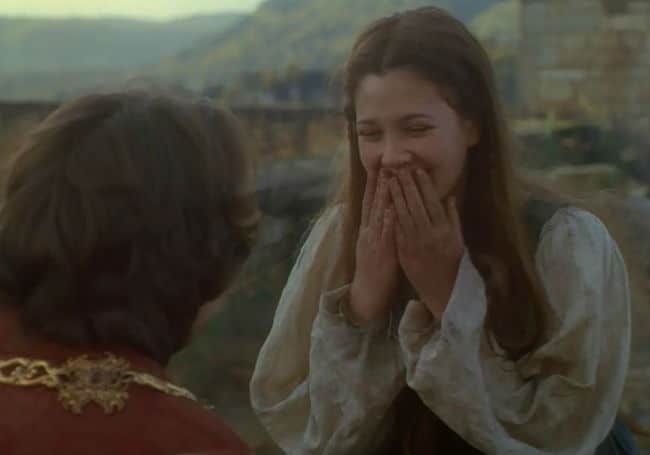 They hug and kiss, and start to spin around. The joy in the scene is contagious; I smile every time I watch it. They’re so adorable, and it’s great that they were able to figure out their feelings, despite the many roadblocks in their relationship. 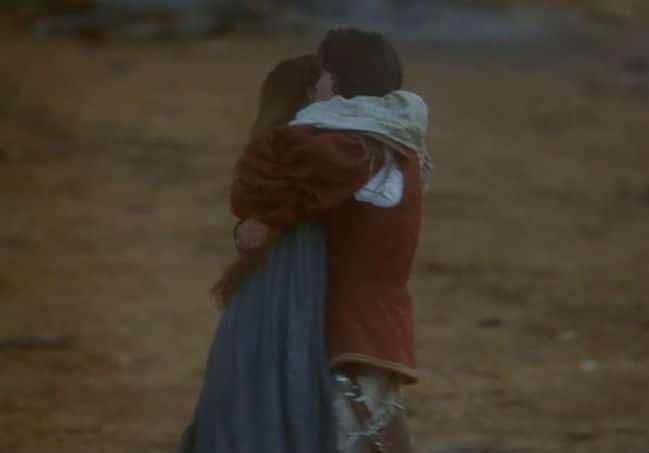 The scene ends with the two of them spinning and laughing in front of the castle of Le Pieu. Seriously, it’s adorable. I dare you to not grin while watching this moment. Although the movie is not over, it seems like a happy ending can’t be far behind. 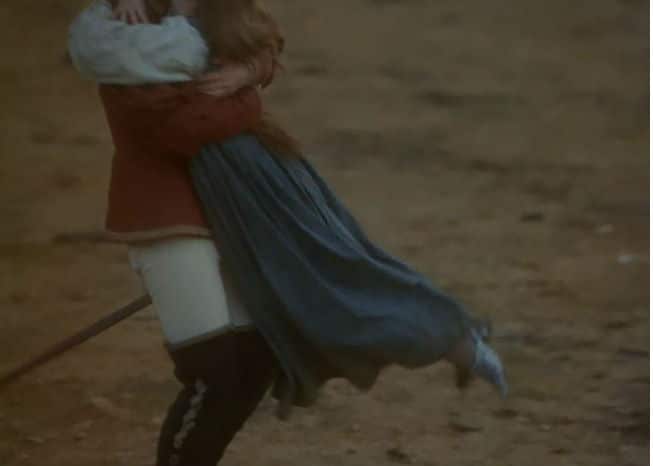 If you’re looking for an amazing Cinderella story, or just a fun and romantic film to watch, check Ever After out! It’s available for rent or purchase on Amazon (both on demand and in DVD form!) and on Netflix (in DVD form). There are so many wonderful scenes between Henry and Danielle in Ever After, which one is your favorite? Let me know in the comments!

Our romance-themed entertainment site is on a mission to help you find the best period dramas, romance movies, TV shows, and books. Other topics include Jane Austen, Classic Hollywood, TV Couples, Fairy Tales, Romantic Living, Romanticism, and more. We’re damsels not in distress fighting for the all-new optimistic Romantic Revolution. Join us and subscribe. For more information, see our About, Old-Fashioned Romance 101, Modern Romanticism 101, and Romantic Living 101.
Pin this article to read later! And make sure to follow us on Pinterest.
By Bailey Cavender on March 27th, 2016

4 thoughts on “Classic Romantic Moment: Ever After’s Danielle and Henry”