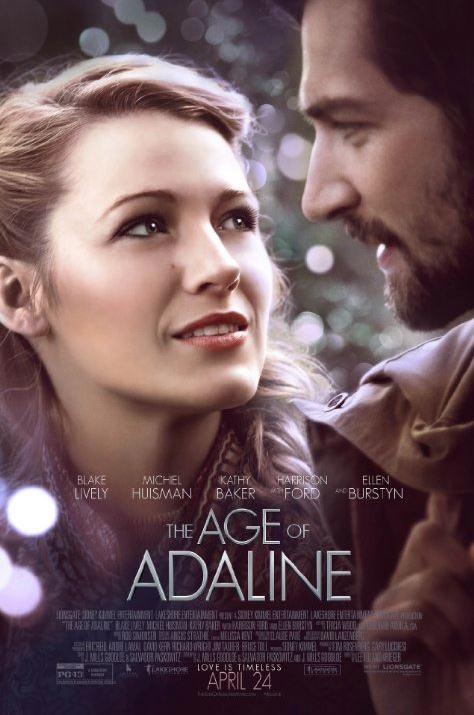 The Age of Adaline Review

Rarely do movies come around that just makes you believe in magic, love, and fate all at once. The Age of Adaline turned out to be one of those movies for me. The film tells the story (literally through a narrative storyteller) of a woman named Adaline who was born in 1908 soon after the San Francisco earthquake, how she grows up, gets married, has a daughter, and then her husband dies.

Afterwards, everything changes when she almost dies herself. Snow falls (which it never does) as if entering the beginning of a fairy story, and Adaline crashes her car into the water. Without giving everything away, something fantastical happens in the water that keeps her frozen, unable to age.

It is in this idea of immortality that Adaline becomes a different woman, one who must always be the same, never aging, and never truly living life. As time moves on, Adaline changes her name and identity every ten years in order to keep her secret from those who would experiment on her, her daughter the only one who knows her secret, a secret she plans on telling no one.

In present day, Adaline (who calls herself Jenny), is ready to begin another new identity. Then she meets Ellis as if by fate (played by the charismatic and dreamy Michael Huisman) who challenges her to open herself up to love once more. But can Adaline love someone again when she constantly wants to keep running?

More than anything else, The Age of Adaline is a beautiful metaphorical story about living life or hiding from life, a metaphor deeply rooted in an old-fashioned romance. As epic love stories of old begin to fade away (studios afraid of romance these days it seems), Adaline holds on firmly and doesn’t let go. Ellis and Adaline work wonderfully together and you will find yourself rooting for their happy ending, even though it doesn’t seem quite possible.

For those of us classic and book nerds, I don’t see how you could dislike Ellis (no seriously, he even asks Adaline out by giving her book “flowers,” as in books with flowers in its name such as Daisy Miller) and their romance. While perhaps their relationship moves a little too quickly, it somehow still manages to be authentic.

But the love story of Ellis and “Jenny” is not the only love story in this romantic film. As time and growing old plays a key role in the story, Harrison Ford also has an important role to play, one rooted in Adaline’s past and present when the two cross paths again. Indeed, this story is almost more romantic than the main one, Harrison Ford giving a must see phenomenal performance. The revelations of Ford’s character is so intriguing and compelling that I just can’t give anything more away about this part of the story, other than to urge you to go and see the film for his part and role. Even the younger actor they got to play young Harrison Ford was uncanny in his portrayal. The movie ticket price is worth it for this story alone. 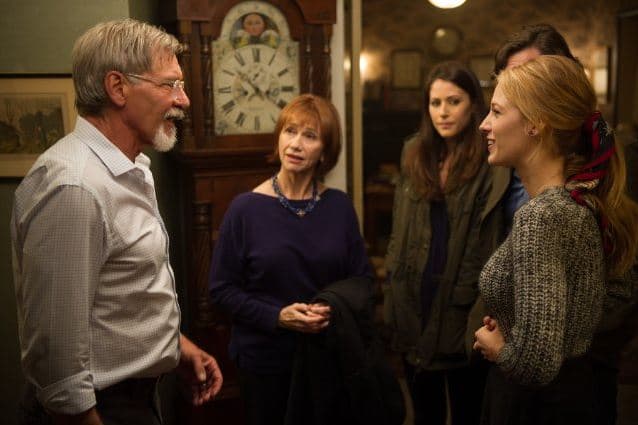 Overall, The Age of Adaline is an unforgettable love story worth seeing time and time again. That being said, this film is not without a few faults. Adaline’s characterization could have been slightly deeper for instance, with just a few more moments to truly capture how time has affected her.

Then there is the narrator. While I love the storytelling aspect of the movie, the film tried to make the narrator too scientific in tone (I would cut the science bits altogether as well and focus more on the magical atmosphere). As this film came across more whimsically enchanted, the scientific explanations and dry voice felt out of place. The narrator should have been like a folklore storyteller of old instead.

Still, despite these few snags, I can overlook its flaws because I appreciate the greater picture and the epic scope of the love stories being told. Not to mention, it’s a refreshing story in the midst of so much of the same as usual. With wonderful performances by all, and a story that makes you believe in love, The Age of Adaline is a great story for those who like films like The Curious Case of Benjamin Button, Titanic, or even love stories with just a tinge of magic. If you’re an old-fashioned romantic, do yourself a favor and go see this movie while still in theaters.

Our romance-themed entertainment site is on a mission to help you find the best period dramas, romance movies, TV shows, and books. Other topics include Jane Austen, Classic Hollywood, TV Couples, Fairy Tales, Romantic Living, Romanticism, and more. We’re damsels not in distress fighting for the all-new optimistic Romantic Revolution. Join us and subscribe. For more information, see our About, Old-Fashioned Romance 101, Modern Romanticism 101, and Romantic Living 101.
Pin this article to read later! And make sure to follow us on Pinterest.
By Autumn Topping on April 26th, 2015