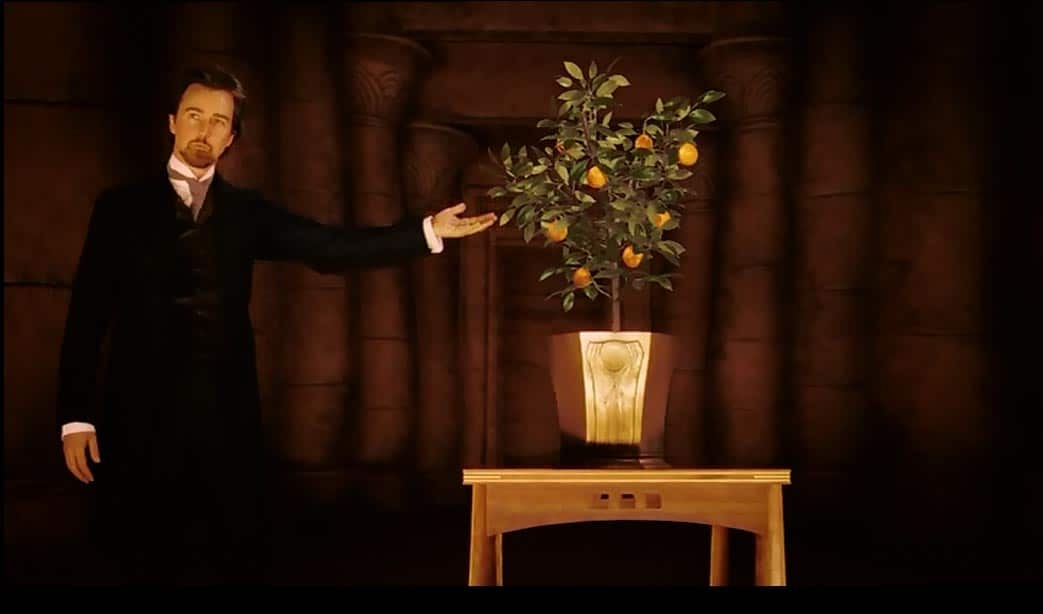 The Illusionist is one of two similar films that came out at the same time based on stage magicians, the other being The Prestige. The Illusionist is, in my opinion, the superior film. It is certainly more sentimental than its rival but this only adds to its merit because it is done well. The story is about Eisenheim, a stage magician whose talent for illusion appears to border on the supernatural. Though Eisenheim is the main character, the story is told mainly from the perspective of Paul Giamatti’s character, a cynical police inspector and reluctant foil who has a fascination with magic tricks. 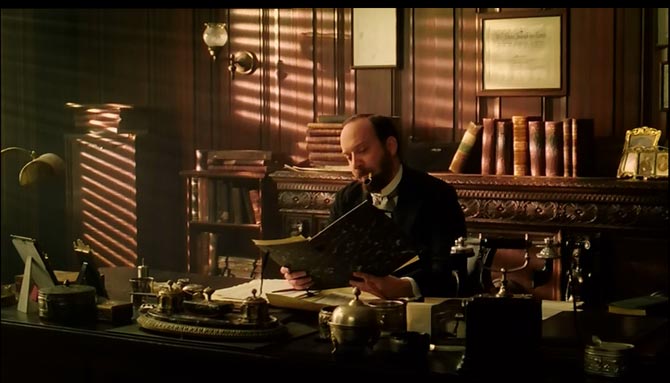 It is 1900 in Vienna and Eisenheim (Edward Norton) arrives to put a show he had been perfecting for years. A show which has elements that defy belief, such as making an orange tree appear to grow in seconds from a pip. In one of his shows he meets again an old childhood friend, Duchess Sophie Von Teschen played by Jessica Biel, in a departure from earlier action-based roles. So too does he engage the interest and later, the ire, of Crown Prince Leopold (Rufus Sewell) who wishes to marry Sophie for political reasons. In him, Eisenheim finds a powerful and dangerous enemy. He must employ all he knows if he and Sophie are to escape the Prince’s wrath. 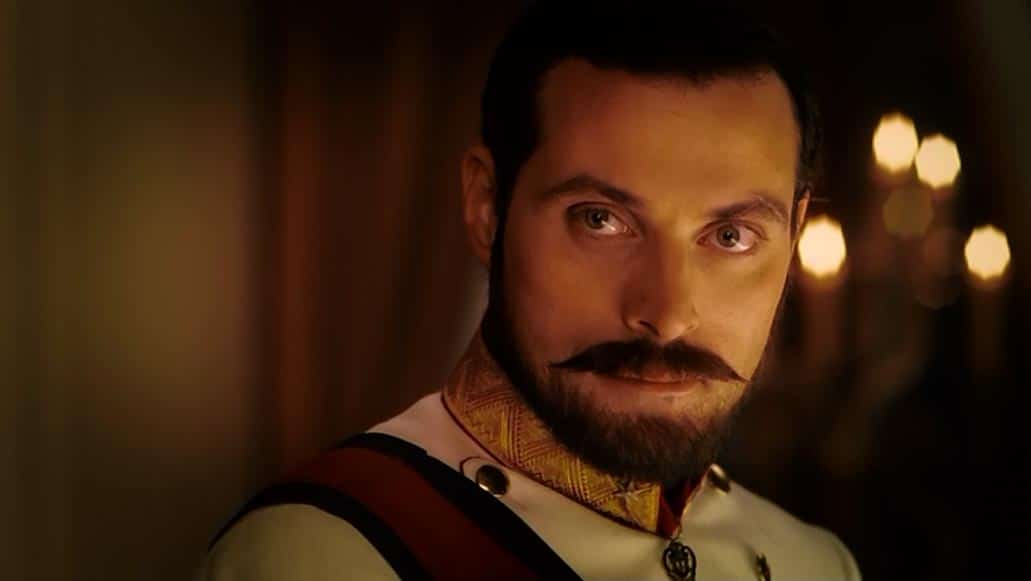 This film is very atmospheric, using soft, golden lighting that evokes mood and heightens the feeling of mystery about the film. It is beautifully shot, really giving a sense of the period. At times a special filter is used to give the effect of very early cinema with darkness around the edges to show the past. 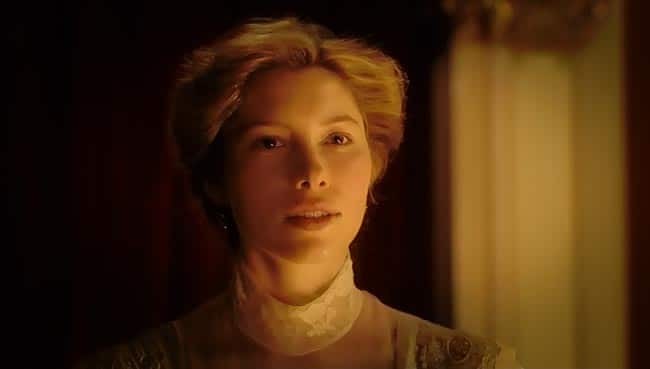 The effects of the film are certainly spectacular and blend perfectly with the underlying sense of uncertainty that surrounds the action. There are fairy-tale-like elements such as Eisenheim supposedly learning his skill from a travelling magician who vanished afterward along with the tree he was sitting under. However, the inspector is telling that part of the story from hearsay; embellishments must be assumed to have been added. The romance between Eisenheim and Duchess Sophie is also fairy-tale-like.

It is a rather quiet yet beautiful love story between Eisenheim and his childhood love.  They are star-crossed lovers.  Originally their difference in class meant they had to keep their friendship a secret. When they are found out, they are separated. The rest of the film takes places, ten years having passed. They meet again and he, despite his fame, is still a commoner in a place with a very rigid social structure. She is also tied to the film’s main villain. 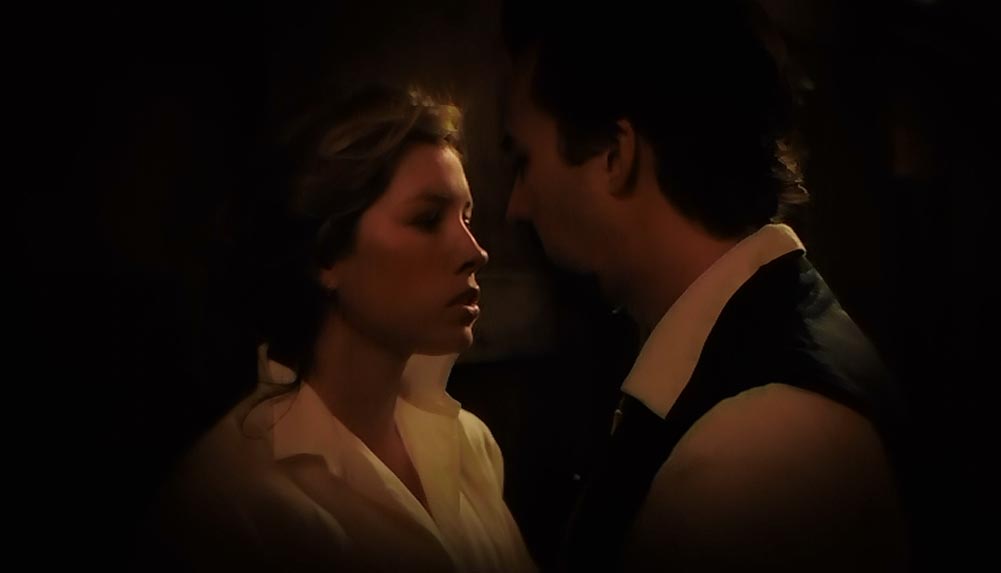 Edward Norton and his peculiar charm take center stage but the rest of the cast play their parts well. Biel gives a subtle, sympathetic performance, Giamatti is very good as the conflicted police inspector and Sewell plays the Prince with a glowering arrogance. It also stars a very young Aaron Taylor-Johnson as the young Eisenheim.

The film never does confirm the truth or falsehood of the spectacles onstage. These are things that may be real or may simply be the ‘magic’ of illusion. The viewer is left uncertain as to whether magic really does exist in this world which recreates the feeling one might have after watching a particularly convincing magic show or coming into contact with something that you cannot fully explain. You are invited to question everything you see and come to your own conclusion.

A tale of mysticism and magic, love and politics, with a great atmosphere, it perfectly balances the rational with the unexplained, and the mundane with the possibly supernatural. If you like mysteries, romance and the Victorian era then this is a good pick for you.

Our romance-themed entertainment site is on a mission to help you find the best period dramas, romance movies, TV shows, and books. Other topics include Jane Austen, Classic Hollywood, TV Couples, Fairy Tales, Romantic Living, Romanticism, and more. We’re damsels not in distress fighting for the all-new optimistic Romantic Revolution. Join us and subscribe. For more information, see our About, Old-Fashioned Romance 101, Modern Romanticism 101, and Romantic Living 101.
Pin this article to read later! And make sure to follow us on Pinterest.
By Elinor Cackett on January 26th, 2015

1 thought on “Film Review: The Illusionist”