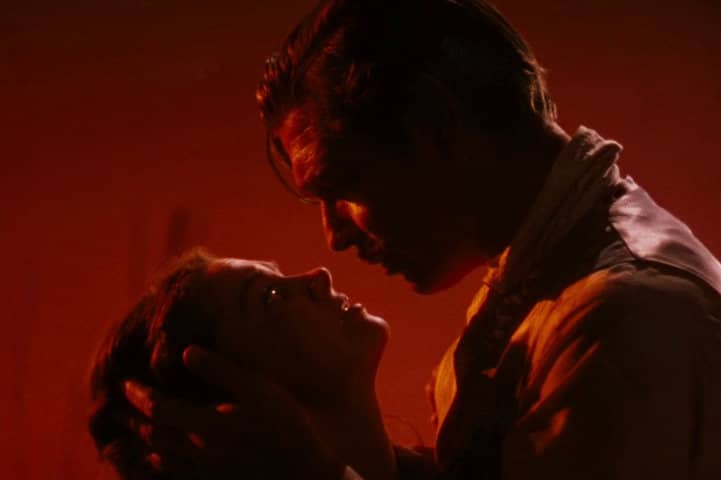 What can be said about Gone With the Wind which hasn’t already been said? This epic novel by Margaret Mitchell was immediately popular upon its’ release and has remained so for decades. In fact, in recent years a Harris Poll declared it to be second only to the Bible as Americans’ favorite book. And it is still considered a best-seller. To this day, the characters, themes, and portrayal of racism and the history of the Old South are topics of much debate.

RELATED POST: My Journey Into Old Movies: Gone With the Wind 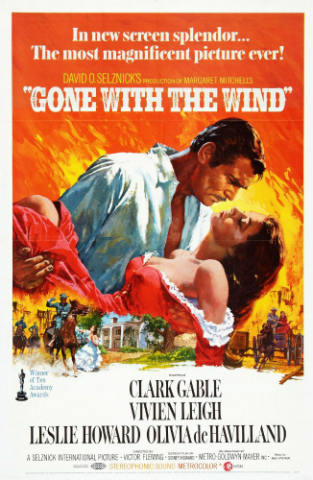 GONE WITH THE WIND – THE STORY

For anyone unfamiliar with Gone With the Wind, the film tells the story of spoiled, Southern belle Scarlett O’Hara. It is also a romanticized history of the South during the years of the Civil War and Reconstruction.

Scarlett is one of the best anti-heroines in literature and film. Similar to Becky Sharp of Vanity Fair, she is willful, selfish and uses her considerable charm and intellect to achieve her desires regardless of the cost to others. She could also be considered a feminist icon for her fierce independence. She becomes the de facto head of her family and also owns and operates her own business. 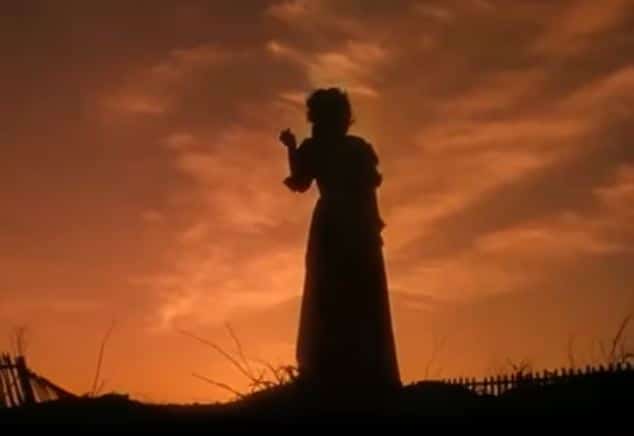 At her first appearance on screen, it is instantly obvious that she is a pampered daughter of a wealthy plantation owner, who exudes a magnetic attraction for every man in the vicinity. Every man, except for her neighbor Ashley Wilkes. His engagement to his meek, quietly attractive cousin Melanie Hamilton enrages Scarlett and cements her attraction into an obsession.

Scarlett’s display of temper towards Ashley attracts Charleston born rogue, Rhett Butler. Rhett believes they are more alike than Scarlett is willing to admit. And his pursuit of her begins to rival that of hers for Ashley.

The War Between the States disrupts the lives of all the characters in different ways, not the least of which is the migration of most men to the battlefield. The wives and daughters left behind are forced to act independently to maintain their homes and lifestyles while simultaneously doing what they can to support the war effort. The war and the Reconstruction which follows gives Scarlett the perfect opportunity to showcase her strong will, determination, and creative decision making. Her transformation into a woman who acts as a man in a man’s world instead of remaining a coddled socialite is remarkable.

With the destruction of the South’s former way of life and the changes which occur in the characters, story, and circumstances, two things remain consistent throughout; Scarlett’s obsession with Ashley and Rhett’s passion for her. 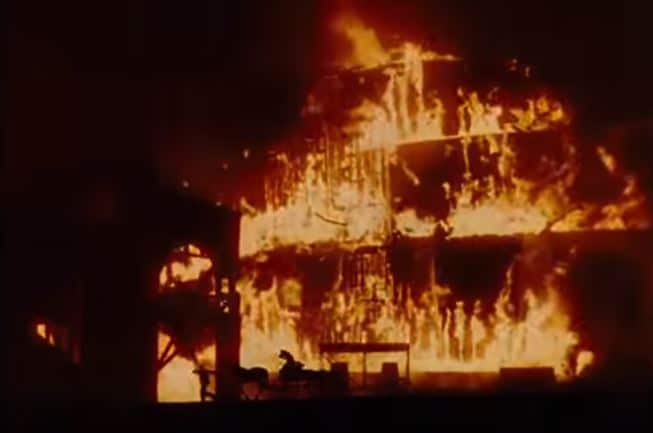 At almost four hours and with numerous characters, plots, and themes, it is almost impossible to give a complete review of Gone With the Wind. Not to mention, I have seen this film countless times and cannot be objective about it in any way. There is a reason Gone With the Wind is considered a must-see classic which won eight Oscars.

Despite the challenges of bringing the beloved book to film, not the least of which was a two-year search for the perfect actress to play Scarlett, numerous script revisions and the replacement of the original director, producer David O. Selznick refused to compromise his vision for the film. And despite the criticisms of its historical accuracy as well as its’ portrayal of race, it is a masterpiece.

ELEMENTS OF A GREAT FILM

One of the great strengths of Gone With the Wind is Max Steiner’s musical score. It incorporates Southern folk music and patriotic songs and sets the tone for the era so well. But it is the film’s theme song, Tara’s Theme, which has become so linked with the film as to make it easily recognizable whenever it is heard.

The contributions of costume designer Walter Plunkett, who designed costumes for over 250 films including Singin’ in the Rain, is another highlight of Gone With the Wind. Scarlett’s character benefits the most from Plunkett’s skills. Ask any fan of the film and they will be hard-pressed to name their favorite costume. But they will be able to describe many of them to you, from the green-sprigged gown Scarlett wears at the beginning of the movie, to the green velvet dress made out of curtains, to the daring red dress Rhett forces her to wear to Ashley’s birthday party. Every one of them is memorable. (For a description and list of Scarlett’s top ten costumes, please visit Reel Rundown.)

Then, of course, there are the incredibly talented actors who tackled the characters of Margaret Mitchell’s novel. Today, Vivien Leigh IS Scarlett O’Hara, but prior to the film, no one would have imagined her in the role. Leigh was a British actress not well known to the American public. Every actress in Hollywood coveted the role and nationwide public polls were run to vote on who should be Scarlett. But Vivien Leigh really wanted the part. And after a two-year search, she auditioned and stole the role right out from under some of the most popular actresses of the time. Who would have guessed that a British born stage actress could so convincingly play the iconic Southern belle? She owns the role.

Clark Gable was another matter altogether. Unlike Leigh, he did not want the role of Rhett Butler. He felt the character was too cemented in the public psyche and that he was bound to disappoint whatever pre-conceived notions they had about that morally questionable, lovable rascal. Luckily he was persuaded as it is arguably the most defining role of his career even if it is not the film for which he won his Oscar.

Olivia de Havilland won the role of Scarlett’s best friend and competitor for Ashley’s heart. She used her influence to convince her boss to let her out of her contract so she could play Melanie Hamilton. Ms. de Havilland came prepared to play the role and more than holds her own against the much stronger character of Scarlett. She was also instrumental in convincing Gable to do his first onscreen crying scene. At the age of 101, Ms. de Havilland is the only remaining living star of Gone With the Wind.

Hattie McDaniels also won the first ever Oscar for an African American for her portrayal as the bossy Mammy who acts as Scarlett’s grounding influence and moral compass. She is one of my favorite characters in the movie. Despite being a slave, she speaks her mind and is very strong. In a way, she is the axis around which the other characters spin. She acts as a confidante to Rhett and an equal partner in Melanie’s attempts to keep the peace between Scarlett and Rhett.

One of my few complaints about Gone With the Wind is the casting of Leslie Howard in the role of Ashley Wilkes. When you have a love triangle with characters as strong as Scarlett and Rhett, the third one really needs to match them in some way. In the film, Scarlett’s passion for Ashley when compared to Rhett seems ridiculous because he is older, much less attractive, and is not at all a match for them in personality. This is an opinion that the actor shared as he also felt he was wrong for the role.

WHY YOU SHOULD WATCH

There is so much more which can be said about this famous classic. This includes a mention of some of the other amazing actors who made up the cast of Gone With the Wind. Many of these supporting players were famous in their own right. In fact, Thomas Mitchell who plays Scarlett’s father starred in two other Oscar nominated films in the same year as Gone With the Wind. The cinematography which shows the changing landscape of Georgia and Scarlett’s beloved home Tara is one more strength of this film. As is the utterly quotable script, including Rhett’s famous last words to Scarlett.

It would take a book to touch on every detail which makes this film so beloved.  For that reason alone, I highly recommend it to everyone who has not yet seen it. Because it is not only a best-selling novel, or iconic movie, but a piece of our history and popular culture. Whether or not you enjoy classic films, historical stories or your opinions on the way of life portrayed in Gone With the Wind, it is a cinematic event that everyone should experience at least once in life. 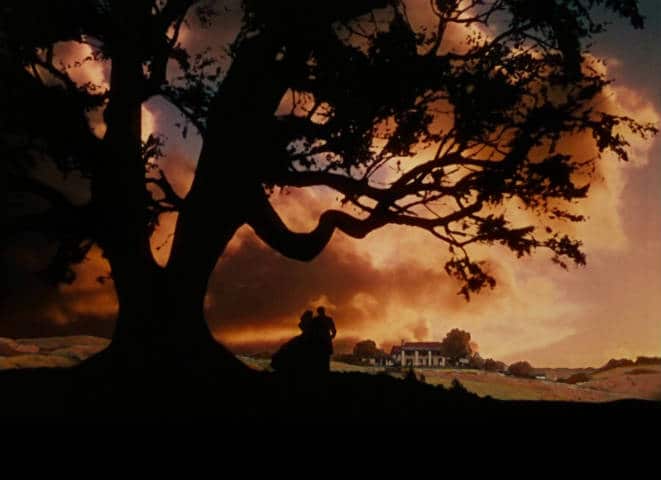 Content Note: Gone With the Wind deals with adult themes such as war, violence, death, sensuality, childbirth, and drunkenness, among other things. There are themes which are historically accurate that may be offensive to modern audiences, including slavery and marital rape. Although these things are never explicitly portrayed, I would say it garners a PG-13 rating.

Where to Watch: Gone With the Wind is available to stream on Amazon. You can also rent it on Amazon, iTunes, and other online platforms. It is also available on DVD and airs regularly on various television channels including TCM.

Have you seen Gone With the Wind? What do you like about it? What is another classic American novel you would like to see brought to film?

Our romance-themed entertainment site is on a mission to help you find the best period dramas, romance movies, TV shows, and books. Other topics include Jane Austen, Classic Hollywood, TV Couples, Fairy Tales, Romantic Living, Romanticism, and more. We’re damsels not in distress fighting for the all-new optimistic Romantic Revolution. Join us and subscribe. For more information, see our About, Old-Fashioned Romance 101, Modern Romanticism 101, and Romantic Living 101.
Pin this article to read later! And make sure to follow us on Pinterest.
By Brittaney B. on August 3rd, 2017