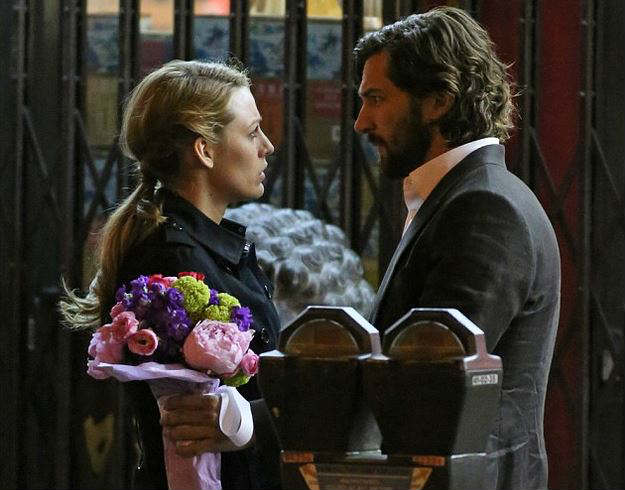 THE FILM: The Age of Adaline

THE MOMENT: Ellis wins the immortal and distant Adaline (who is also a bibliophile and works at a library) over by bringing her a bouquet of flowers….book flowers that is.

Last week, The Age of Adaline was released to theaters everywhere. It is a romantic drama about a young woman from the early 20th century who becomes immortal in her late twenties after a car accident. But when the government begins asking questions about her ageless appearance, Adaline goes on the run (her only constant contact her daughter). Every ten years, she changes her identity to keep people from asking questions.

But in present day when she meets Ellis Jones, a philanthropist with an old soul, she begins to question whether or not she should keep running or finally “let go” and live once more. 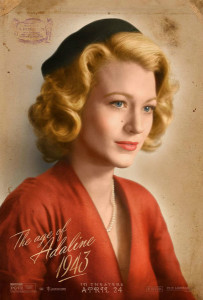 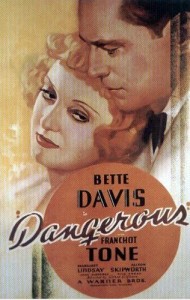 To put into perspective Adaline’s age, let’s briefly look at some of her contemporaries. Adaline was born in 1908 San Francisco and grew into a woman in the glamorous age of the ‘20s and ‘30s. Also born in 1908 were Bette Davis, Carole Lombard, Joan Crawford and even Jimmy Stewart. So Adaline is a woman from that same time. Imagine if some of these icons became immortal and were still young today. That is Adaline. In some ways, Adaline feels like a moving picture from the golden age of Hollywood who stepped out into the modern world. She’s timeless, frozen and completely inaccessible (both to Ellis and at times the audience). But that’s what makes her so fascinating. It’s rare to see an immortal woman in a story and I felt the creative choice to have her come from such a “romanticized” time (from our perspective today) was a smart one.

On top of the clever character choice, The Age of Adaline is a film that feels like a book, omniscient narrator and all telling the story. In fact, many people probably find themselves leaving the theater wondering if The Age of Adaline was actually adapted from a novel. Well, surprisingly it is an original concept. But that doesn’t mean this isn’t a film for book lovers. Arguably, the film is all about books, stories and preserving the past, while also living in the present. 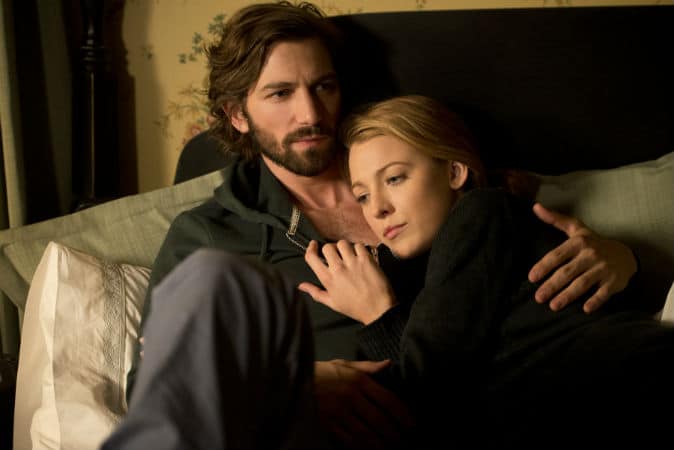 And for those of us old souls who love old-fashioned romance, glamour and yes, books, run as fast as you can to see The Age of Adaline while it’s still in theaters. This is a film for book nerds everywhere, well, the ones who love a good love story that is.

Eliis and Adaline first meet at a New Year’s Eve party at a grand hotel. Like the classic meet cute of two soulmates crossing paths for the first time, these two first eye each other from across the room. The stares are intense, Ellis’ gaze hypnotic. The film uses storytelling techniques of old, showing its influence from films Adaline would have enjoyed when she was still young. 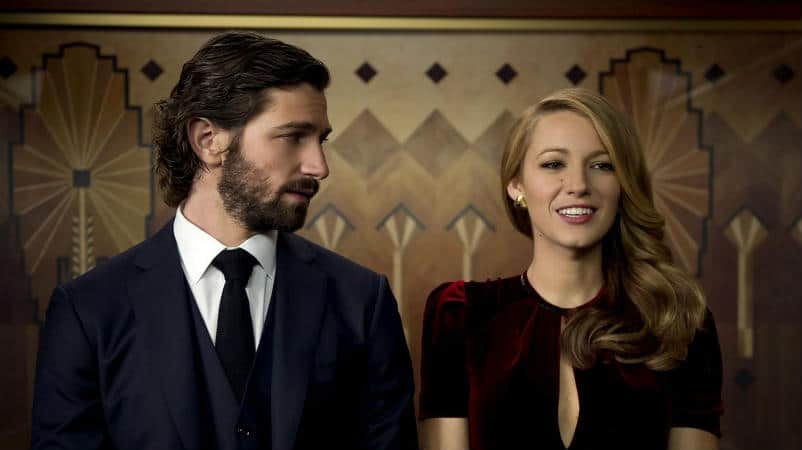 And as Adaline attempts to leave the party early, Ellis chases her down and catches her in the elevator as they share a lovely conversation about “The Romantics.” He follows her all the way outside as she calls for a taxi trying to learn what he can about her. She figures he wants to learn where she lives. His response?

“Well it does make it easier to send flowers.”

While intrigued, Adaline blows him off leaving him behind as the taxi begins to pull away. But Ellis doesn’t give up that easily. He chases after the taxi and grabs the window before she leaves in a last ditch attempt to find out more about her.

Still, she remains aloof and drives off.

But the seeds have been planted. It turns out that he is on the board of the library she works at and already knows how to find her. In fact, the party wasn’t the first time he saw her. He first saw her on the steps outside of the library reading a book in braille.

But as he watched her closely, he realized she wasn’t in fact blind. Captivated, he knew he had to get to know this unique woman.

He later described the moment to Adaline (who goes by the identity of Jenny):

“The first time I saw you, I knew I had to meet you. I didn’t know when or how, but I knew I would.”

So when he saw her at the party, he took his chance. But it’s not until the second time he finds her that Adaline becomes receptive.

THE ROMANTIC MOMENT AND BOOK FLOWERS

Which brings me to this week’s romantic moment. Ellis approaches Adaline at the library where she works. Apparently, he’s a wealthy philanthropist (who earned his wealth from creating an algorithm for climate data) on the board of the San Francisco Historical Preservation Society and is also giving a donation of 50,000 classic first edition books to the library (clearly in an attempt to win Adaline over). If this guy wasn’t amazing enough already…

After Adaline discovers who he is, it’s then he gives Adaline the bouquet of flowers he promised to send her (clever foreshadowing at the taxi scene considering there’s no way anyone in the audience could have figured out what he meant by flowers).

But this is not just any bouquet. Recognizing Adaline to be a bibliophile and all around book lover, he does one of the most romantic and creative acts ever: He gives her a bouquet of books with flowers in the title. 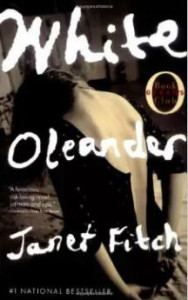 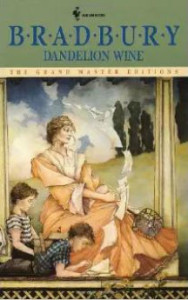 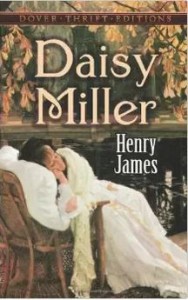 Surprised and definitely intrigued by the romantic, intelligent and thoughtful gesture, she replies, “Very clever.”

But he’s not finished; he has another ace up his sleeve to win her over. Ellis then reveals that he will not in fact give the library the books unless she accepts them on the library’s behalf – with a photo taken and all. Of course, being an immortal, she’s wary of having her photo taken and rejects the offer. Not giving up though, he then tells her that if she agrees to let him take her out then he will still donate the books (it’s obvious he would actually donate them anyway since he’s such a good guy). She happily agrees having the excuse she secretly wants to spend time with him.

So the next day he takes her to a “place she’s never been.” 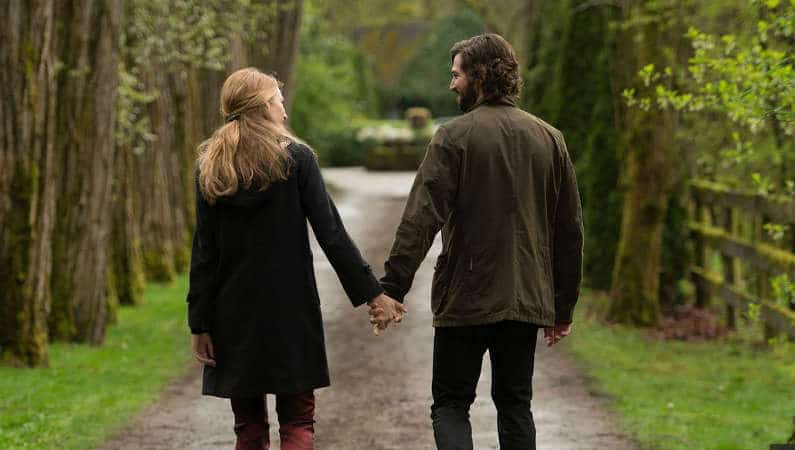 From there, their relationship grows, forcing Adaline to decide whether or not she will choose to run again or choose to once again “have a life.” Of course, you’ll have to go see the movie if you want to know what she decides.

While I chose to highlight the Ellis and Adaline love story from the film, their love story is not the only one. She also has another love story from the 1960s with William (the older William played by Harrison Ford). In some ways, the love story between William and Adaline is the stronger one because it spans decades and is incredibly heart-wrenching. But how the love stories (including Adaline and Ellis) all come together ends in an epic, beautiful way. Again, I can’t recommend this film steeped in old-fashioned romance and literary references enough.

Did you see The Age of Adaline? What did you think about this moment? Would you like to receive a bouquet of book flowers? Let me know in the comments!

Check out our other Romantic Moments! We put new ones up on Saturdays.

Our romance-themed entertainment site is on a mission to help you find the best period dramas, romance movies, TV shows, and books. Other topics include Jane Austen, Classic Hollywood, TV Couples, Fairy Tales, Romantic Living, Romanticism, and more. We’re damsels not in distress fighting for the all-new optimistic Romantic Revolution. Join us and subscribe. For more information, see our About, Old-Fashioned Romance 101, Modern Romanticism 101, and Romantic Living 101.
Pin this article to read later! And make sure to follow us on Pinterest.
By Amber Topping on May 2nd, 2015

4 thoughts on “Romantic Moment of the Week: The Age of Adaline and Book Flowers”