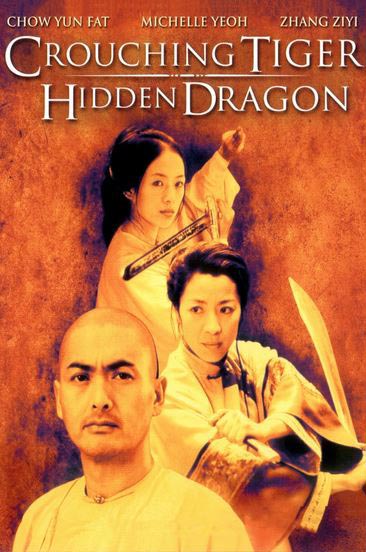 Ang Lee has directed some great love stories in his time.  He was the person responsible for the 1995 Sense and Sensibility, starring Emma Thompson, Hugh Grant, Kate Winslet etc., as well as the director of Brokeback Mountain.  In his 2000 Chinese language film Crouching Tiger, Hidden Dragon, set in 19th-century Beijing, there are two love stories.

There is the passionate young love of Jen and Lo, an aristocratic girl whose marriage is already arranged, and a desert bandit who steals her heart along with her comb.  Feisty Jen causes all sorts of trouble by rebelling against her parents’ plans for her, secretly learning martial arts and stealing a famous sword.

But woven in with this is the unconsummated love between sword master Li Mu Bai and his friend Shu Lien, who runs a security firm.  It is this more mature love, restrained by matters of honour, that for me forms the greater love story. 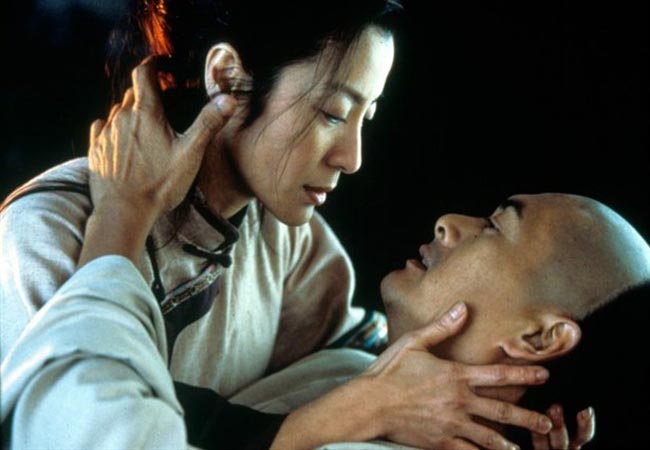 Li and Shu are a generation older than Jen and Lo.  They have responsibilities to students and employees, and above all, a sense of honour and duty to those who have gone before them.  At the start of the film, Li Mu Bai gives up his famous sword, Green Destiny, hoping to put his warrior days behind him and finally be with his beloved Shu Lien.  The two have loved each other for many years but honour has kept them apart.

Shu Lien tells Jen that she was once engaged to be married to a man called Meng Si Zhao, who was brother by oath to Li Mu Bai.  But Meng died in battle, trying to save Li.  Shu and Li became close after this, and their feelings for one another grew.  But both felt that to express their love would be to dishonour the memory of their mutual friend.

We get the impression that all this happened maybe ten, fifteen or even twenty years ago.  By now, enough time has gone by that they might finally dare to speak their love.  But fate again comes between them.  The theft of Li’s sword reveals Jen to be a potential “poisoned dragon,” whose impulsive actions could lead to untold trouble.  And the woman from whom she learned martial arts turns out to be Li Mu Bai’s enemy Jade Fox, the murderer of his former master.  Li believes he must avenge his master before he can consider his own happiness.  And so his plans for a life with Shu Lien are put on hold once again.

In this scene, which takes place after these new complications have arisen, Li Mu Bai and Shu Lien travel to a tea house in a bamboo forest.  The mood is peaceful; a nearby fisherman casts his net in the river, and the rich green of the bamboo gives a sense of oneness with nature.  Li Mu Bai is looking out of the window.

Li comes over.  She pours tea from a flask into two cups.  As Li takes his cup, their hands touch.

He pulls back, then takes her hand in both of his and presses it to his cheek, closing his eyes in ecstasy.

He then lets go.

Li: Shu Lien, the things we can touch have no permanence.  My master would say there is nothing we can hold onto in this world.  Only by letting go can we truly possess what is real.

Shu: Not everything is an illusion.  My hand…wasn’t that real?

Li: Your hand is rough and callused from practice.  All this time I’ve never had the courage to touch it.  Shu Lien, Giang Hu is a world of tigers and dragons, full or corruption.  I tried sincerely to give it up, but I have brought us only trouble.

Shu: To repress one’s feelings only makes them stronger.

The camera pulls back to a wide shot of them sitting at the table.

This is in fact the last moment of peace Li Mu Bai and Shu Lien will know together.  Li is poisoned by one of Jade Fox’s darts even as he kills her.  In a reflection of the tea house scene, Shu tells him to use his last breath to meditate and free himself from the world.  But instead, he uses it to say, “I love you.”  He dies in Shu Lien’s arms as she kisses him.

That is also a deeply romantic moment.  But for me, the tea house scene encapsulates the very essence of romance.  A long-repressed love struggling to find a voice, and a lifetime of passion expressed by the touch of a hand.

What do you think of Crouching Tiger, Hidden Dragon and the love story between Li Mu Bai and Shu Lien? Sound off in the comments…

Our romance-themed entertainment site is on a mission to help you find the best period dramas, romance movies, TV shows, and books. Other topics include Jane Austen, Classic Hollywood, TV Couples, Fairy Tales, Romantic Living, Romanticism, and more. We’re damsels not in distress fighting for the all-new optimistic Romantic Revolution. Join us and subscribe. For more information, see our About, Old-Fashioned Romance 101, Modern Romanticism 101, and Romantic Living 101.
Pin this article to read later! And make sure to follow us on Pinterest.
By Elizabeth Hopkinson on March 21st, 2015