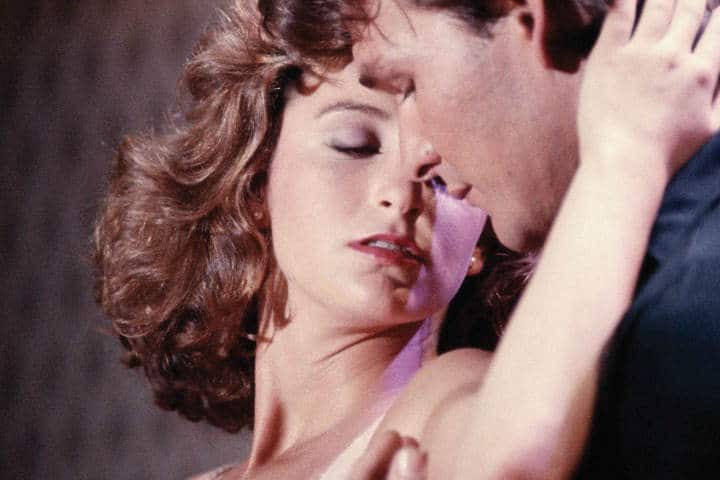 Some stories have the staying power to remain relevant years after their debut. Thirty years later Dirty Dancing has this kind of sway. All thanks to the story, the chemistry between the actors, and even the soundtrack. It’s a story about a girl finding herself coupled with a love story many viewers find iconic. In the aftermath of the TV re-imagining, I revisited the classic tale, and while I walked away glad to have seen it again, I also recognize obvious albeit loveable cracks in its classic boy-meets-girl tale.

Dirty Dancing follows the naïve Baby Houseman (Jennifer Grey) during one summer, a season when everything changes. While vacationing with her family, Baby becomes involved in the lives of the hired help at the Catskills resort. It’s here she meets Johnny Castle (Patrick Swayze), the resort’s dance instructor and something of a Casanova if the rumors are true.

When Johnny’s dance partner, Penny gets herself “into trouble,” Baby steps in to help the duo. For Johnny, Baby is just another privileged guest to instruct in dancing, but for Baby, it’s an experience unlike any other.

The Nostalgia of Dirty Dancing

The sentimental feelings people attach to this film is something universally understood. In many ways, it’s a “defining” film of the era. Surface level, it’s a love story, but I believe part of the reason so many love this is because underneath, it’s a story of a girl coming of age; a story of a girl who finds her “voice” and breaks from the confines of a protective shell.

There’s a kind of nostalgic quality to films like Dirty Dancing with good reason. Now that it’s happened, I cannot see this film without drawing comparisons between it and the recent ABC reboot. Honestly, I can say, I like both. Here’s why. Now this may be an unpopular opinion, but I feel what one lacks, the other improves on. It’s these influences that most make an impression. This is how I sum up my opinion on the two adaptations. This adaptation features beautiful dancing, choreography, and overall cinematic quality. The 2017 version is a lovely study in complex characters that digs deep into the characters’ psyches. 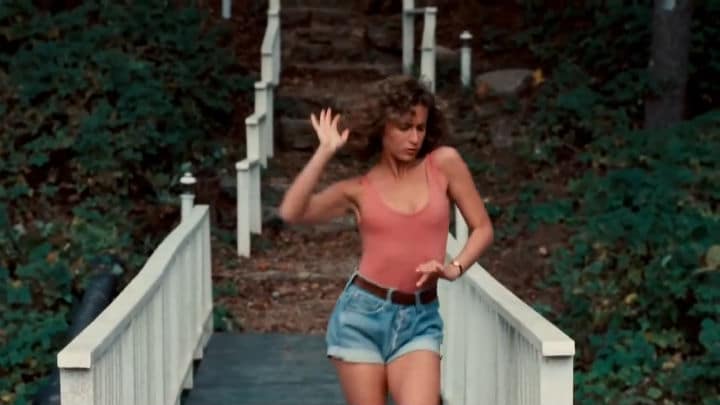 This is one of the original’s greatest weaknesses. As the film plays, it’s startling to realize how little there is of Baby’s family, specifically what makes them who they are. Even Baby comes across as closed off and impersonal in a story that should break apart its heroine. Despite these feelings, please don’t misunderstand, I thoroughly enjoy Dirty Dancing for nostalgic and other reasons. From the iconic scenes and moments, this script is full of mesmerizing scenes. Whether it’s the simple scene of Baby “breaking free” and dancing spontaneously or Johnny teaching her on the fallen log, it’s a kind of cinematic memory book. Even the costumes take on a life of their own.

The dancing and choreography is breathtaking. From the iconic lift to the simple and romantic practice sequences, there’s nothing shabby about them. Then there is the breakout performances of Jennifer Grey and Patrick Swayze. Both went on to perform in other films, but it’s really these roles that earn them household name status. The familiar faces of Jerry Orbach and Kelly Bishop (Gilmore Girls) play Baby’s parents.

Despite the fact that everyone will walk away with something different, Dirty Dancing is nonetheless a timeless story and is considered one of the greatest cinematic love stories to ever hit the screen. (Dirty Dancing is ranked #93 in American Film Institute’s 100 Greatest Love Stories of All Time.)

Content Note: There is some suggestive and sexual content. The film is appropriately rated (without abusing its rating) PG-13.

Where to Watch: Purchase on DVD at an inexpensive price with Amazon Prime; or on DVD/Blu-Ray, a 30th anniversary edition. You can also stream or buy on Amazon Video and rent on Netflix.