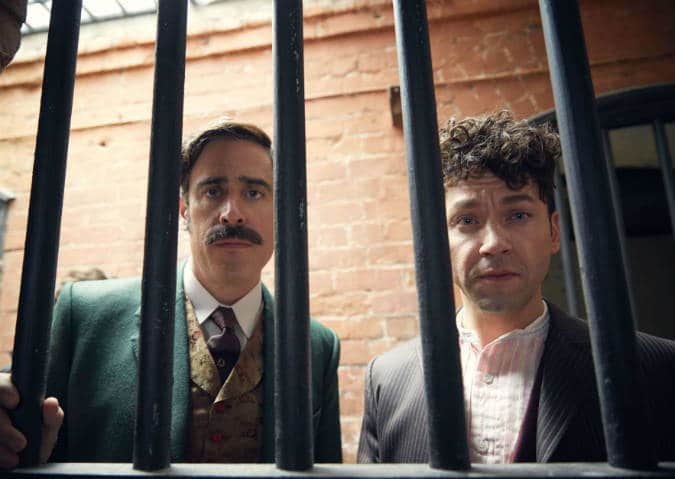 It’s been interesting to watch as network television joins the period drama bandwagon. One of those networks is Fox. With their summertime new series, Houdini and Doyle, Fox attempted to pull some Sherlock fans (though the ratings haven’t been great). This period drama is set in the early 1900s, and the script reads like a mash-up of established cozy mystery series. Despite this, there’s still something singular about Houdini and Doyle.

Harry Houdini (Michael Weston) believes in many things, but magic is not one of them. Arthur Conan Doyle (Stephen Mangan) believes in many things, and the supernatural is among them. He cannot afford not too given the fragile state of his beloved wife’s health. Working together on a curious case, Houdini and Doyle are paired with the rookie constable, Adelaide Stratton (Rebecca Liddiard), the first female among Scotland Yard’s ranks.

This show is a dose of magic. Houdini and Doyle is as fun as it is thought-provoking. I’d intended to watch this as a pilot with the purpose being to write a review only to have that plan go by the wayside. Since then, a handful of episodes have aired, which then inspired me to binge-watch them all before writing a review. I’m glad things worked out this way for a handful of reasons. 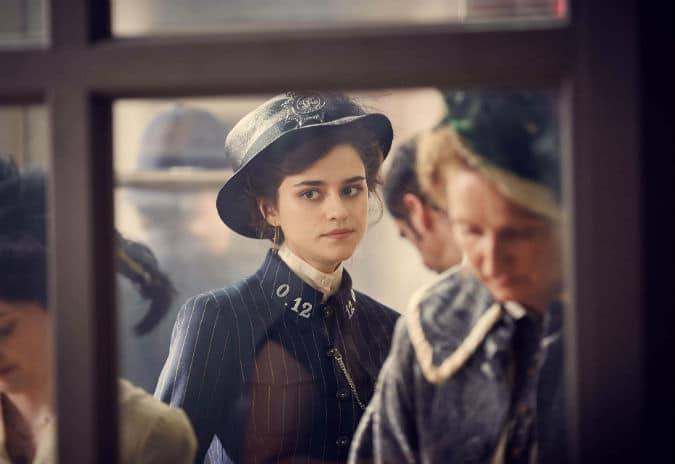 Watching a block of installments gave me a broader perspective on the story as well as giving me an inkling of what the show intends to become. My general rule of thumb with new shows is to give them a fair 3-5 episode consideration before passing final judgment. Having now seen the first four episodes, I can easily say, Houdini and Doyle is easily something I’ll continue watching.

Since I’m an advocate of good characters and their development, let’s talk about those characters. They’re all fascinating. From the adorable Doyle kids to the titular characters, everyone is memorable. I really like Houdini and Doyle’s comradery, which is always needed relief in a crime drama. The real irony though is the flipped personalities, that is if you judge these characters by their professions. The magician disbelieves everything supernatural while the realist author believes there is merit in believing in things we cannot see. Then there’s Adaline. I don’t know how well she’s liked among the viewer pool, but I like her. She’s a feminist who isn’t without her own secrets. But thus far, she’s been someone who has taken care of herself aptly.

The romance could break off in a number of directions. So far, it seems to be ever so building towards an Adaline and Houdini relationship. Still, the romance is barely simmering. Depending on the fans, I could see it shifting, especially since all angles have preventing factors. For example, there were instances when I thought something sparked between Adelaide and Arthur (prior to learning of his circumstance). Either way, there are plenty of complicated barriers. First, there’s Houdini’s inability to love anyone save for his mother, and then Arthur’s (understandable) inability to let go. All this doesn’t even touch on Adelaide’s newly discovered secrets. 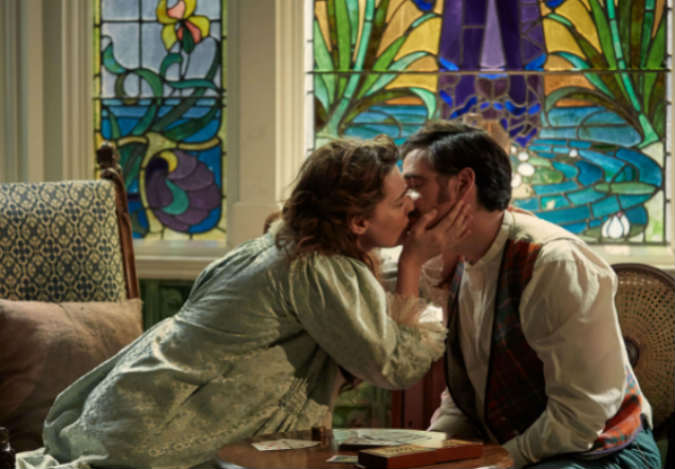 The settings and costumes are quite impressive, however, I did notice the score is glaringly contemporary. This pulses a kind of energy bordering on being “edgy” through each scene. If you, like me, are an ardent fan of Murdoch Mysteries or any of other compatible dramas, you’re sure to enjoy Houdini and Doyle. It made both myself and my mother laugh throughout and certainly has us hooked on discovering what’s next.

CONTENT: Houdini is referenced as being a womanizer (one episode shows him lying in bed with a woman). There are some minor innuendoes. Victims are murdered in a number of different ways including impaling to being tossed from a seventh-floor window. Usually, it’s not graphic. The show is rated TV-14.

*Wavering between a 3 or 4 rating for the romance.

Browse our Period Drama or Television archives for similar reviews.

Our romance-themed entertainment site is on a mission to help you find the best period dramas, romance movies, TV shows, and books. Other topics include Jane Austen, Classic Hollywood, TV Couples, Fairy Tales, Romantic Living, Romanticism, and more. We’re damsels not in distress fighting for the all-new optimistic Romantic Revolution. Join us and subscribe. For more information, see our About, Old-Fashioned Romance 101, Modern Romanticism 101, and Romantic Living 101.
Pin this article to read later! And make sure to follow us on Pinterest.
By Rissi JC on June 3rd, 2016