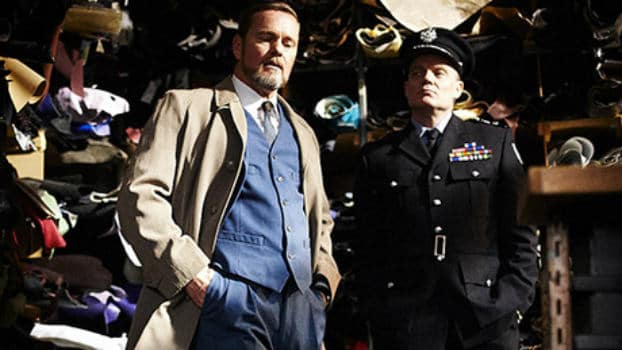 There is something about a British mystery that calls to my inner sleuth. They’re tightly scripted, well cast and contain just the right dose of dry humor. Imagine my delighted surprise when I realized that our friends, the Aussies, also boasted some of the best crime dramas around. First came Miss Fisher’s Murder Mysteries, then I discovered the zany gem that is Mr. and Mrs. Murder. My latest discovery is The Doctor Blake Mysteries, a brilliant period drama that deserves our attention.

The Doctor Blake Mysteries introduces us to Dr. Lucien Blake (Craig McLachlan), a doctor recently returned home to run his now deceased father’s general practice. Suffering the effects of too much drinking brought on by the loss of his wife and daughter, Lucien too frequently takes those around him for granted. This includes his housekeeper Jean Beazley (Nadine Garner), a woman no stranger to loss. Curious, but well-meaning, Jean takes every opportunity she can to learn about the mysterious Lucian only to discover a horrifying tragedy.

Assisting Dr. Blake on the many murder cases he finds himself wrapped up in is nurse Mattie O’Brien (Cate Wolfe) and the newly minted Constable Danny Parks (Rick Donald). As the crime-solving team works together, they encounter the strange and bizarre that send some of them close to a brush with death. 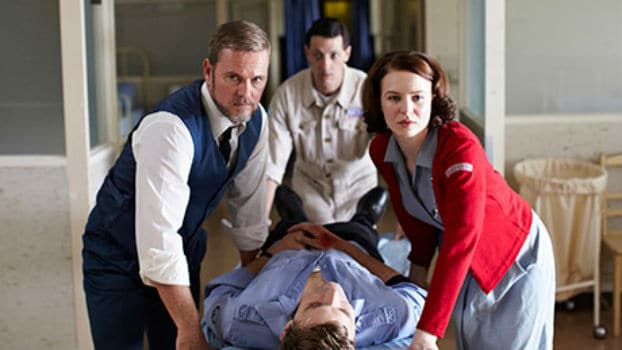 As with nearly every great mystery series that came before it, upon finishing this first series, I was again left in awe of its captivating storytelling. Recently released to US DVD (it premiered in 2013 and Australia is already nearing its fifth season premiere), I discovered this on Amazon and after cursory reading couldn’t resist ordering it. Comprised of ten season one episodes, the length of this series isn’t nearly long enough, proof positive that the best things always leave you wanting more.

The characters are the script’s crowning achievement. Everyone is well rounded and the writers tease us in all the right places and ways. Lucien’s character is particularly riveting. In spite of clinging to pieces of cliché personality traits (a wounded man with secrets), something about him is interesting with a unique strand of DNA. He’s not willing to recognize the people around him as readily as he should which means he’s not a simple puzzle piece to fit into place. Jean is a fascinating woman whose past is also something of a tragedy. It wasn’t long before I grew to admire her especially in watching how she deals with Lucien. Mattie is darn cute (though even she is not without her secrets) and I liked the Danny-centric episode. Either way, I predict great depths still hidden for these characters.

If you like latter eras (this is set in the ’60s), this crime drama is a magnificent piece of film work. Without hesitation, I’d recommend it to fans of Grantchester though it does tend towards the darker side in everything it does. While BBC’s tales of vicar Sidney Chambers deals with a tortured hero, everything else in place counteracts this. From the natural lighting of the outdoor filming to his opinionated housekeeper, a “light” remains. Here, in Dr. Blake’s world, the sets and scenes are generally darker matching the dark swings of the main character. That said, there are still bouts of humor that are tactful and timed precisely when they are most needed. When all is said and done, The Doctor Blake Mysteries is well worth investing one’s time in. The costumes are still beautiful (even though far removed from the 1800s or Roaring ’20s), and even the cars add the perfect period authentic atmosphere. The mysteries entrap us for an hour, the production is the best of the best and the characters keep us clamoring for more. At the end of the day, what more could we require of our TV addictions?

Content Note: As a crime drama, the camera does often show in some detail a body. Some are graphic (a body that’s been dismembered by a piece of equipment) than others. Aside from implications or references, there’s very little sexual content, and any bad language is infrequent.

You can find the first season DVD of Doctor Blake’s Mysteries on Amazon. Season two arrives on Amazon this September. You can also shop the Doctor Blake DVD sets on BBC Shop.

Have you seen The Doctor Blake Mysteries? Do you want to? If so, comment down below with your thoughts. I’d love to chat with you!

(*The romance is working on a “slow build” premise that I suspect evolves a great deal in later seasons.)

Read more of our Australian TV series reviews including the drama A Place to Call Home, and the Romantic Moment of the Week: Jack and Miss Fisher (of Miss Fisher’s Murder Mysteries). Love mysteries? Also check out our review of Fox’s recent series, Houdini and Doyle.

Our romance-themed entertainment site is on a mission to help you find the best period dramas, romance movies, TV shows, and books. Other topics include Jane Austen, Classic Hollywood, TV Couples, Fairy Tales, Romantic Living, Romanticism, and more. We’re damsels not in distress fighting for the all-new optimistic Romantic Revolution. Join us and subscribe. For more information, see our About, Old-Fashioned Romance 101, Modern Romanticism 101, and Romantic Living 101.
Pin this article to read later! And make sure to follow us on Pinterest.
By Rissi JC on July 11th, 2016

7 thoughts on “The Doctor Blake Mysteries, Series One – A Character-Driven Australian Mystery Series”