THE MOMENT: Leslie tells Jake how she feels, without realizing it…

Unless you follow private detective shows rather obsessively, this underrated Canadian dramedy may be something you missed. The basic premise of the show follows a P.I. who gets in more scrapes (if possible!) than iconic detective Thomas Magnum or fan favorite Phryne Fisher. Today, we look at Republic of Doyle, and the subtle, but swoony romance it teases out.

The romance in the show is between Jake Doyle and a local Newfoundland transfer, police sergeant, Leslie Bennett. Theirs is one of those on-again, off-again brooding types of romances that we hate-to-love. Or at least I do.

Jake is besotted by her from the start, but between his almost-ex-wife, and a girlfriend with ex troubles, he’s not quite ready to be the guy Leslie needs. Still, throughout the first three seasons, you see his change and the way he comes to fully love Leslie. 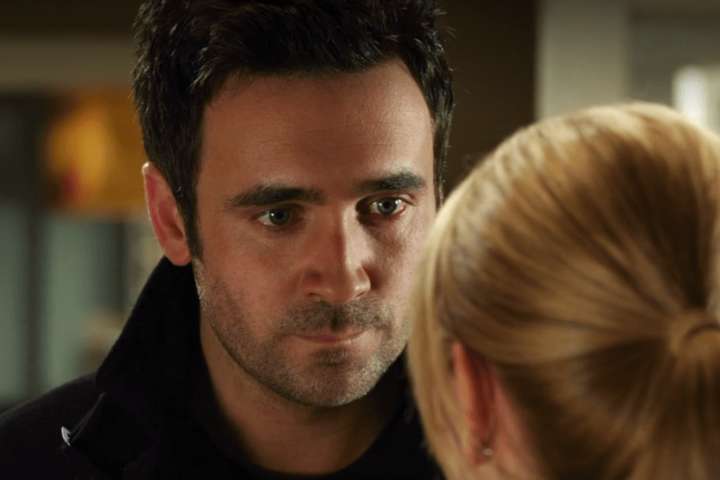 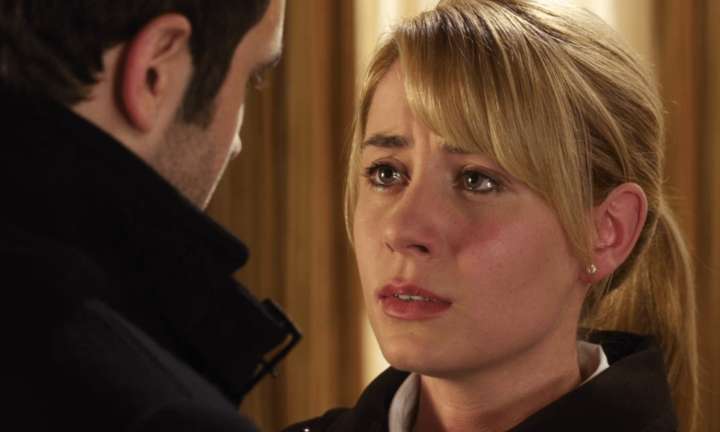 This stems from their brief relationship, and their multiple day-to-day run-ins. It’s because of Jake’s brushes with the law, he’s often on the other side of Leslie’s interrogation table. Their banter keeps things fun, but Leslie doesn’t let Jake off so easily. Through it all, and in his own way, Jake persists in his pursuit. However, it isn’t until the third season that things really get interesting. 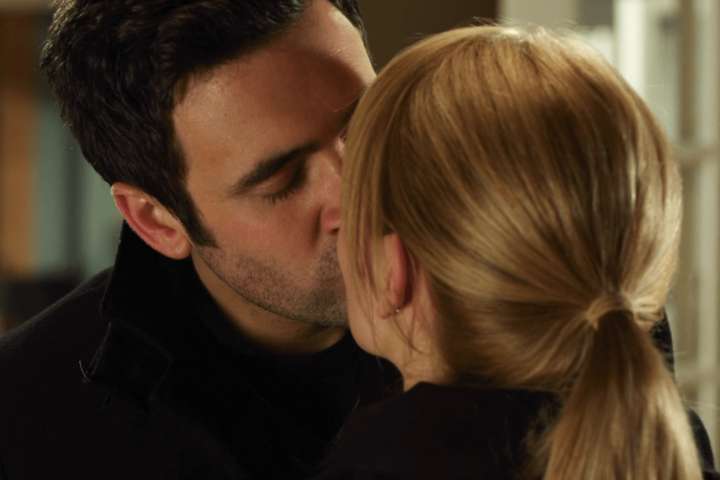 Everything comes to a head when Jake, operating outside the law (for a very good reason), is caught by Leslie. Not to be put off, Jake calls her bluff and leaves her behind. But not before he soundly kisses her, and says the most important three words; “I love you.”

In his wake, he leaves Leslie stunned as she watches him walk away unaware he’s trying to keep someone he loves safe.

But, of course, a collision of emotions gets in the way, and Leslie doesn’t accept Jake’s confession.

Then, later in season three, Leslie melts ever the slightest towards Jake, all the time keeping her guard up. She’s been hurt by him one too many times.

The dynamic again shifts when a handsome policeman enters Jake’s investigation. Naturally, Leslie is intrigued by the investigator, a bond that only increases when they realize they both speak French. To make matters sweeter, Leslie delights in the fact that Jake doesn’t, and therefore knows nothing of what they say.

This leads us to today’s feature…

THE ROMANTIC MOMENT: JAKE AND LESLIE

Post-case, Jake spies Leslie across the room at the bar. Walking up to her, he nonchalantly (or not so in his case) makes the assumption Leslie is meeting the dashing investigator, Guy. “You look nice,” he tells her. 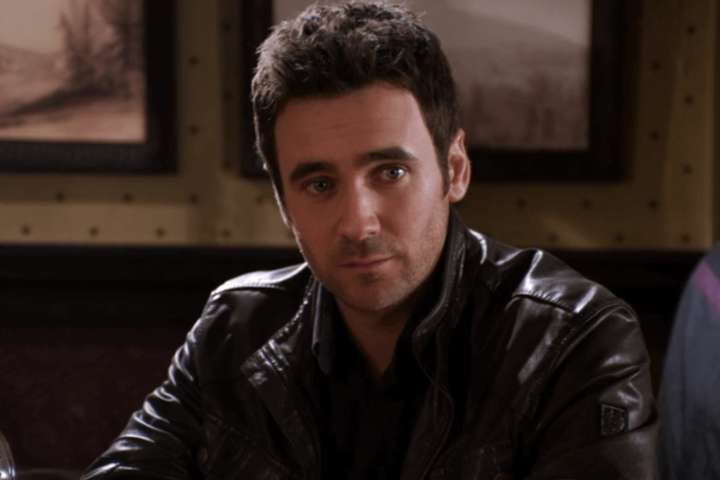 Playing as casual as he is, she only tells him she has dinner plans.

Not put off, he determines to learn her plans, “Oh yeah? You… got a hot date or –”

Playing with him, she tells him, “Depends on what you consider hot,” and that it’s with Guy.

In true Jake fashion, he replies that he doesn’t actually consider that “hot.”

With a smile, Leslie puts him out of his misery and fesses up. Her dinner plans? They’re with her sister. 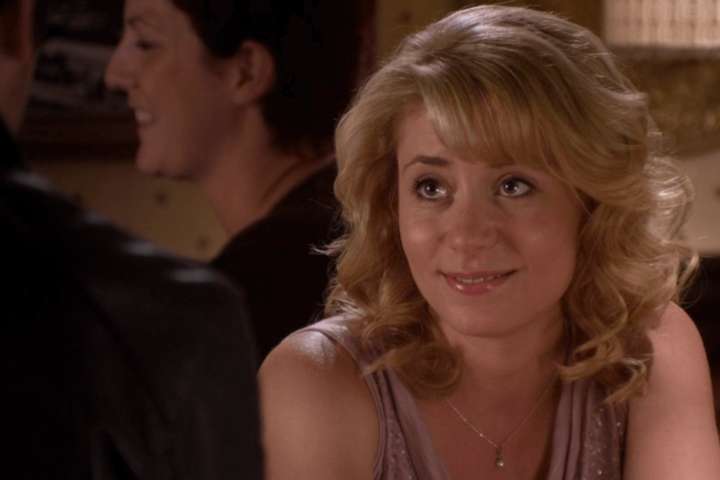 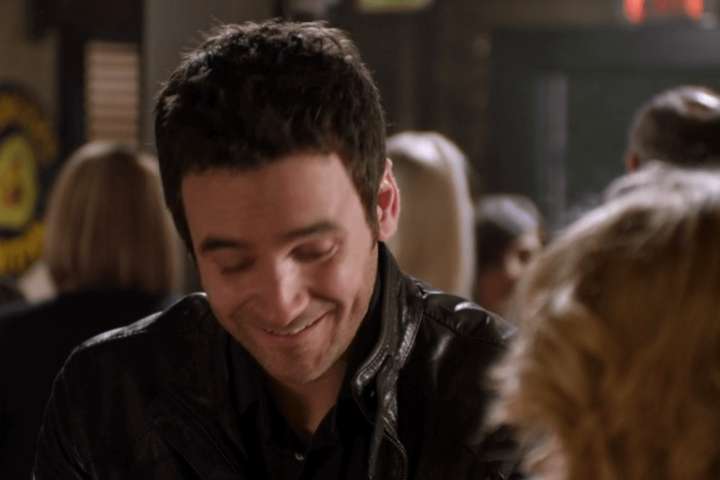 Relief washes over his face, as he had observed the chemistry between her and Guy.

A small shrug is her response before she says, “He’s not all that.” Following it up, in French, she tells him,

Gently, Jake prods, “Come on, you know I don’t speak French.” With no reply, in desperation, he asks: “What does that mean?” 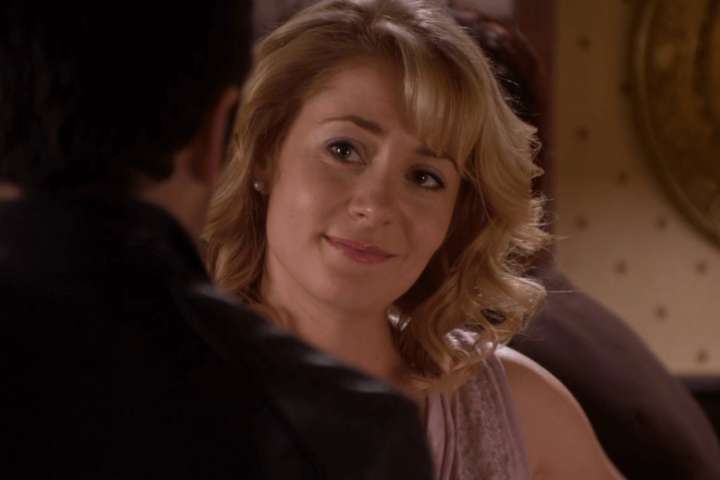 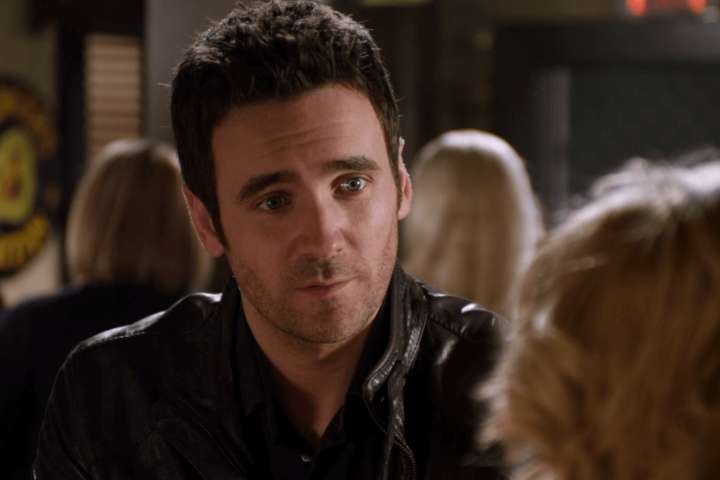 Leslie’s only reply is a loving (but somehow sassy), and bittersweet expression; perhaps regret over what may have been. Without another word, she leaves the bar.

Silently he lets her walk away, then in French, he replies in kind: 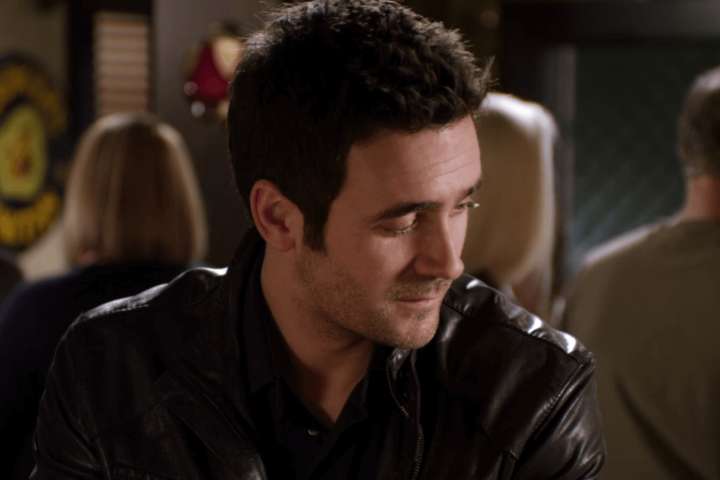 Although this moment is not full of fireworks or grand gestures (or even a kiss!), for Jake and Leslie, this scene is spot-on beautiful. It shows growth on Jake’s end and a slowly melting heart on Leslie’s. We know Leslie hasn’t ever stopped loving Jake, but she doesn’t realize this yet.

So, for her to say so aloud (even if she does believe Jake doesn’t understand) is monumental. Fortunately, like so many TV shows, this isn’t the end of Jake and Leslie’s story. You’ll just have to watch the full series to find out what happens!

Fun fact: This drama features a slew of familiar guest stars like Victor Garber, Hélène Joy, Jonny Harris (both stars of Murdoch Mysteries), Steve Bacic, and Sarah Power (both of whom are Hallmark alumni).

Where to Watch: Republic of Doyle is currently (at time of publication) available on Netflix and with Amazon Prime. (Technical note: Amazon doesn’t offer a few of the episodes, which leads to a few story gaps.)

Have you seen this Canadian dramedy? If so, do you enjoy it? What underrated romances on TV do you love best? Comment all your thoughts down below!

Our romance-themed entertainment site is on a mission to help you find the best period dramas, romance movies, TV shows, and books. Other topics include Jane Austen, Classic Hollywood, TV Couples, Fairy Tales, Romantic Living, Romanticism, and more. We’re damsels not in distress fighting for the all-new optimistic Romantic Revolution. Join us and subscribe. For more information, see our About, Old-Fashioned Romance 101, Modern Romanticism 101, and Romantic Living 101.
Pin this article to read later! And make sure to follow us on Pinterest.
By Rissi JC on February 16th, 2019

3 thoughts on “Classic Romantic Moment of the Month: Republic of Doyle’s Jake & Leslie”