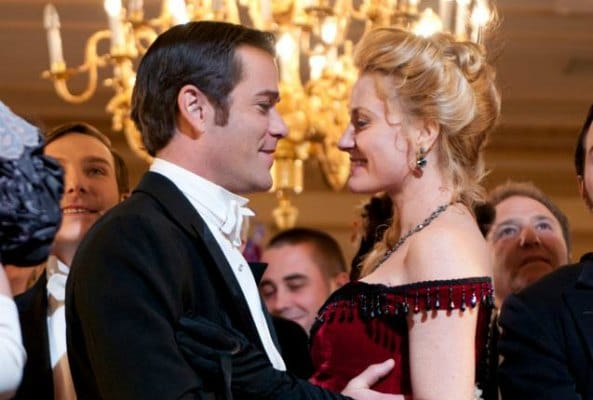 Romance isn’t always about the fireworks. Sometimes we find it tucked inside gestures that are a result of trauma or even a recognition of comfort. These quiet moments of a relationship can often be the most worthwhile, genuine and lasting. This classic moment I’m highlighting isn’t necessarily traditional, but for the couple it’s significant and hard earned. I’m throwing back to the Victorian Era with a Canadian set detective series, Murdoch Mysteries in a moment between William Murdoch and Dr. Julia Ogden.

As is the case with every will-they-or-won’t-they, William Murdoch and Dr. Julia Ogden have been through the wringer in the (now) nine years since their flirtation began. A very proper flirtation though it’s been. Suffice to say, during that time it was limited to longing looks, daydreaming (which did involve dreams of passionate kisses), and breath-holding, hoping one of them would make the first move. Anyone who watches this knows that because William Murdoch is a gentleman from the top of his head to the tip of his toes, it’s tricky to find a sweeping romantic moment between him and his lady love. After seven years of tip-toeing around, dance lessons, rejected marriage proposals and keeping silent (in the belief the other person was happiest without them being a couple), it all came down to this moment.

In “The Death of Dr. Ogden,” the pair of them works a case that touches Julia in a very personal way. In reality, it affects Murdoch too since he’s been in love with Julia basically from the moment he clapped eyes on her. In the interest of keeping some mystery to the case, all I’ll recount of it is this: Under mysterious circumstances, a man dies, which leads Julia to investigate. During their sleuthing, Julia and Murdoch discover the victim loved a woman who was not his wife for many years – though he married and raised a family with another woman. This affects both William and Julia, most especially William. Having long since loved Julia – the majority of which was spent from afar, he realizes something…

The moment that follows isn’t a sweeping gesture or grand conversation, but if you’ve followed the show from its beginning until now, you understand that, though quiet, this is an important moment for this couple. 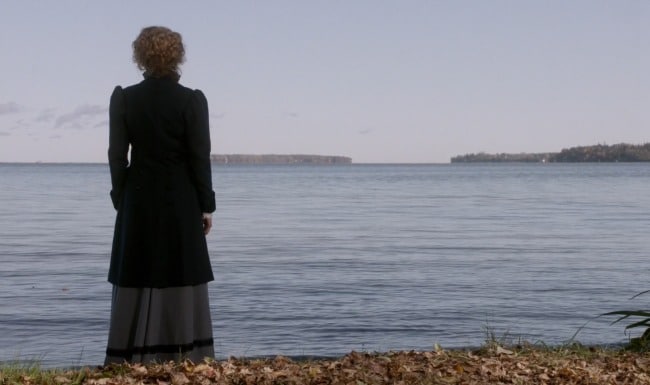 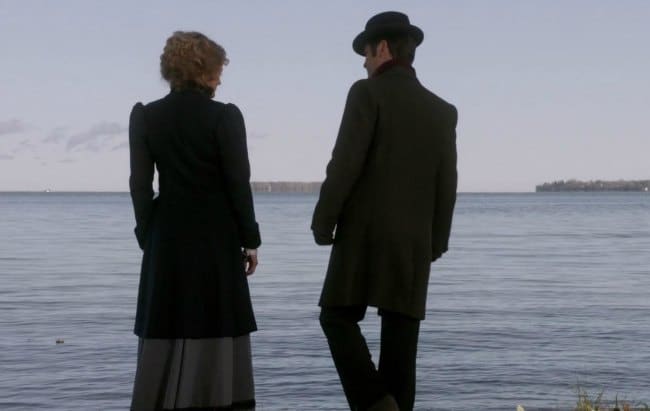 Their case is now over. Emotions are still intense when William comes upon Julia standing on the banks by the water. Walking up beside her, they reminisce about all they’ve just learned from their investigation. Julia remarks on never being aware that the victim was in love with another woman these many years. With a melancholy look, she further wonders how he was able to hide his passion “all those years.” She finds it quite extraordinary. 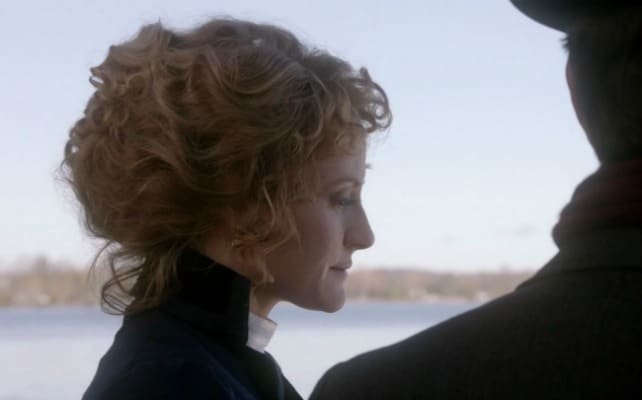 With his usual serious and honest manner, William begins to realize what he doesn’t want and says: “They waited, Julia. They waited to be together until it was almost too late.” 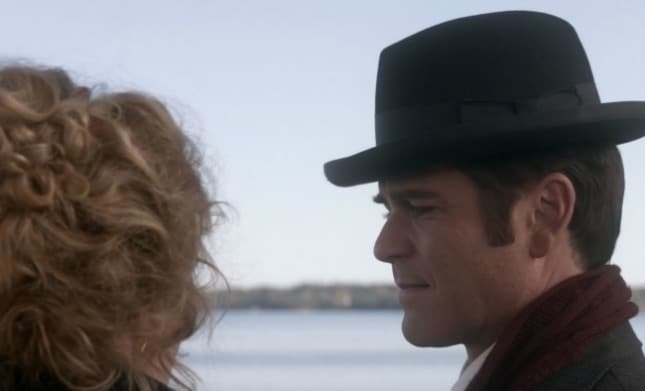 As he speaks, we get the sense that perhaps William is preparing to close this chapter between them, one way or another. He’s either walking away from waiting, or telling Julia this is their last chance. His words lend weight to this as he continues. “I don’t want just a few months of happiness; I want a lifetime.” 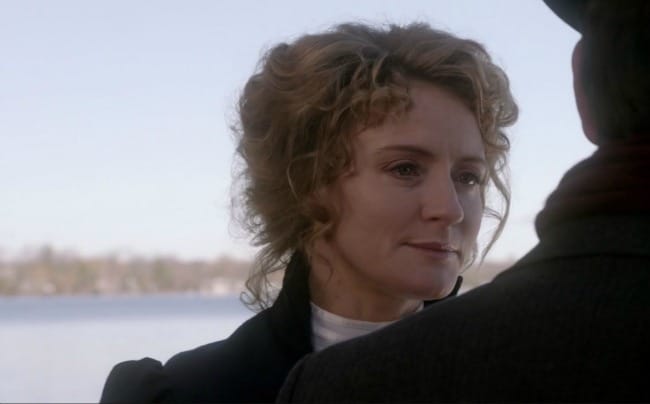 Watching him as he speaks, Julia fully turns to face him and with some sense of trepidation, she says, “Ask me again, William.” 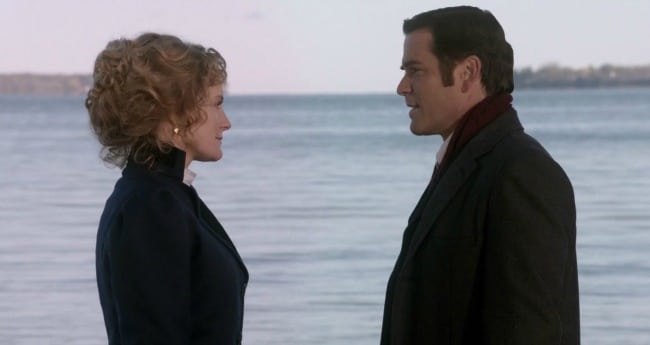 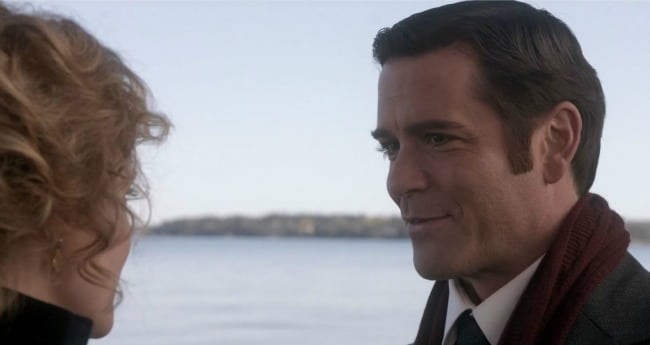 Turning to her and nervously removing his hat, a small smile crosses William’s face as he again (for the second or third time) proposes marriage. 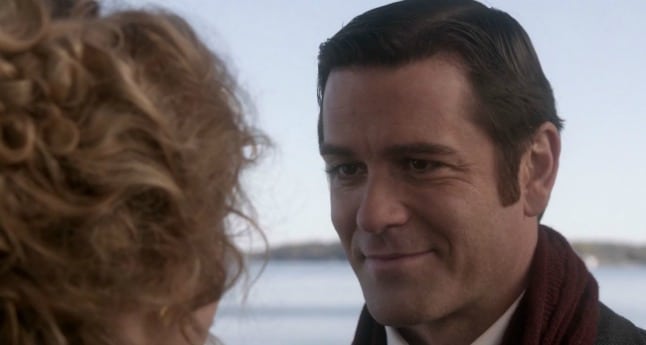 “Julia Odgen, will you do me the honor… of becoming my wife?” 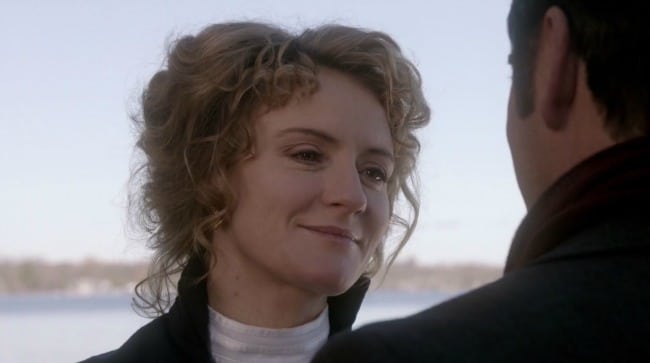 Instead of throwing her arms around his neck or answering with a happy “yes,” she takes a brief moment and then asks him, “William Murdoch, will you do me the honor of becoming my husband?”

The words he’s anticipated hearing leads William to answer with a smile, “I will.”

With joy and confidence, she makes the proposal official. “And I will. Very much I will.” 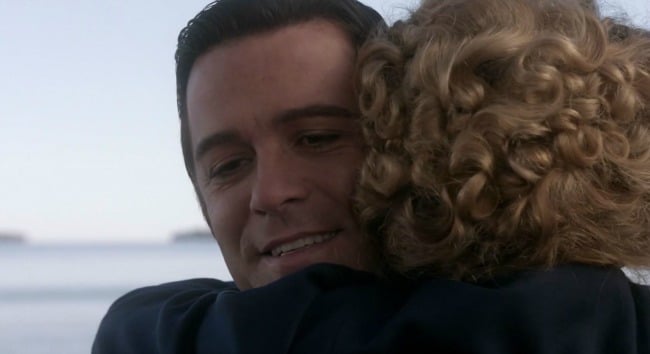 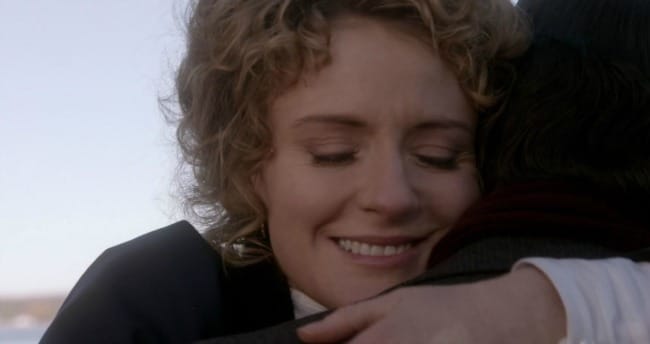 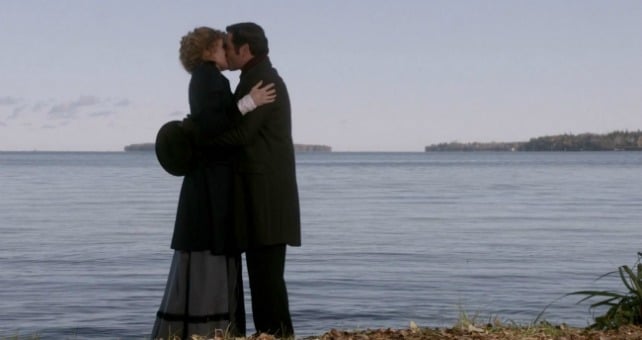 Throwing her arms around his neck, William gathers her close and the lovers embrace. Pulling apart momentarily, they share a sweet kiss sealing the promise of their future.

Our romance-themed entertainment site is on a mission to help you find the best period dramas, romance movies, TV shows, and books. Other topics include Jane Austen, Classic Hollywood, TV Couples, Fairy Tales, Romantic Living, Romanticism, and more. We’re damsels not in distress fighting for the all-new optimistic Romantic Revolution. Join us and subscribe. For more information, see our About, Old-Fashioned Romance 101, Modern Romanticism 101, and Romantic Living 101.
Pin this article to read later! And make sure to follow us on Pinterest.
By Rissi JC on November 29th, 2015