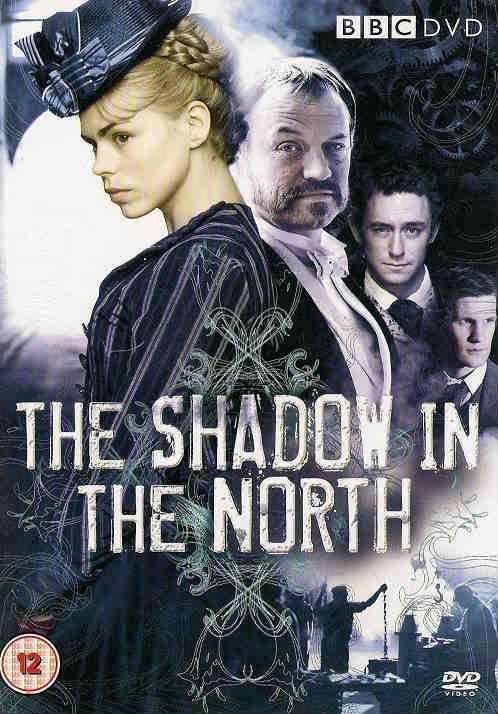 The Shadow in the North Review

The Shadow in The North is an adaptation of the second of The Sally Lockhart Mysteries and sequel to The Ruby in the Smoke. This takes place six years after the events of the previous film. Sally is now a successful business owner and financial advisor. It is mentioned early on that Frederick is in love with her, but she is not interested in marriage. It is a solid follow up with more maturity and a wider worldview though it may leave viewers disappointed as it is much less lighthearted than the first film.

RELATED | The Ruby in the Smoke Review

At the beginning of the film a client of Sally’s has just lost most of her life savings after investing in Anglo-Baltic, a shipping company run by Axel Bellmann that foundered the previous year. When it comes to Sally’s attention that the collapse of the business may have been an insurance scam, she sets out to demand justice for her client. In a seemingly separate case that Jim is pursuing, a stage magician possessing unusual abilities claims that he psychically witnessed a murder whose perpetrator is now intent on his death. As her investigation becomes more dangerous, Sally grows ever more determined to discover the truth, cost what it may. And it will cost her much.

This journey will place the heroes in the company of mystics, stage magicians, corrupt businessmen and those claiming to see the future. Sally will also come up against a villain more deadly than any faced before.

The cast is excellent once again. The villain, Axel Bellmann, is played by Jared Harris (Fringe, Sherlock Holmes: A Game of Shadows) who has made a name for himself playing similar parts and is extremely chilling. Actors who are reprising their roles do a fine job of showing the subtle changes and greater maturity that six years would bring to the characters. There is no disparity between the ages of the actors and their behavior this time around.  The new cast members are also very good, especially Lyndsey Marshal (Being Human) as the hapless Isabel. However, I would have liked to have seen more of Hayley Atwell’s character as she only appears for a few scenes near the beginning.

Like the previous film, it looks great and the costumes are especially good. The events of The Shadow in the North are less domestic with a wider scope. It is concerned with a more socially conscious class based danger, rather than the mystery of her father’s death. The Shadow in the North is no longer just about Sally’s past but rather an issue of national importance. Sally Lockhart has also grown up as has the story she inhabits. This is a darker sequel and is not afraid to kill off main characters. There is one particular death which is especially painful, but I won’t spoil that here. While The Ruby in the Smoke was fun, the stakes are definitely much higher in the sequel. I did find it strange, however, that there was an absolutely no mention of the search for Adelaide, given how The Ruby in the Smoke ended.

There is also much more of the love story between Frederick and Sally this time around. Their feelings for each other are not merely glanced over and are given proper notice. There is also a love interest for Jim in the form of a young lady promised in marriage to Bellman against her will.  However, this young lady has secrets of her own.

The Shadow in the North, though in some ways quite different to The Ruby in the Smoke, presents an opportunity to return to the same likable cast and enjoy a new story with them. If you liked the first film, you will likely enjoy its sequel, but be prepared for the differences in tone and subject matter.

Our romance-themed entertainment site is on a mission to help you find the best period dramas, romance movies, TV shows, and books. Other topics include Jane Austen, Classic Hollywood, TV Couples, Fairy Tales, Romantic Living, Romanticism, and more. We’re damsels not in distress fighting for the all-new optimistic Romantic Revolution. Join us and subscribe. For more information, see our About, Old-Fashioned Romance 101, Modern Romanticism 101, and Romantic Living 101.
Pin this article to read later! And make sure to follow us on Pinterest.
By Elinor Cackett on November 17th, 2015