Hidden Figures is an incredible film, celebrating the previously unknown contributions African-American women had in America’s Space Race. The movie centers around three women whose work was instrumental to John Glenn’s orbit of the earth. In addition, it explores the racial and gender biases these women faced while doing their part for their country.

What propels Hidden Figures is the different approaches each of these women have to racism in the late 1950s and early 60s. They are as different as they are similar in their spirit and determination. They were the brains behind NASA’s success with Friendship 7, man’s mission to the moon and so much more. Without them, the Space Race may have played out differently. 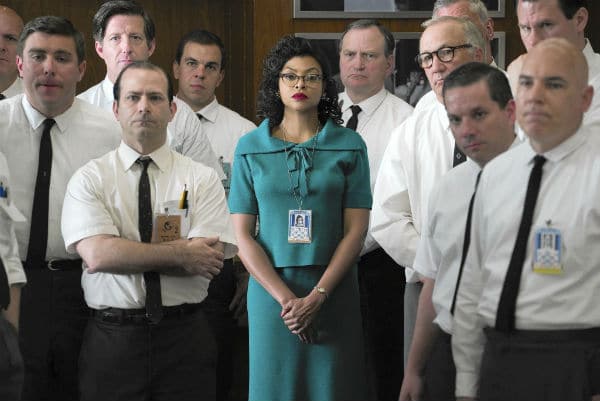 “In all my years of teaching, I have never seen a mind like the one your daughter has. You have to go. You have to see what she becomes.”

Thus begins Katherine Johnson’s (Taraji P. Henson) journey towards becoming one of the greatest physicists and mathematicians of her time. She is the quietest of the three. A widow with three children, Katherine is also the most reserved. But, she has a fierce pride in what she does, in her skills, and the fact that she is a black woman in a white man’s world. When met with skepticism by the man who would become her husband, she gives him a piece of her mind. Katherine not only leaves an impression on Jim Johnson but us as well.

On the surface, Katherine would appear content to keep her head down. Until that is, when the injustice becomes so unbearable she will no longer bear it quietly. With unexpected force, she can shame a room full of men. Yet, Katherine’s greatest power is in her quiet persistence. She chips away at the roadblocks placed in her path. She pushes and prods, using strong words with a soft voice, finishing with her trademark move of pushing her glasses up her nose. It’s her persistence that paves her way into the room.

A Portrait in Patience 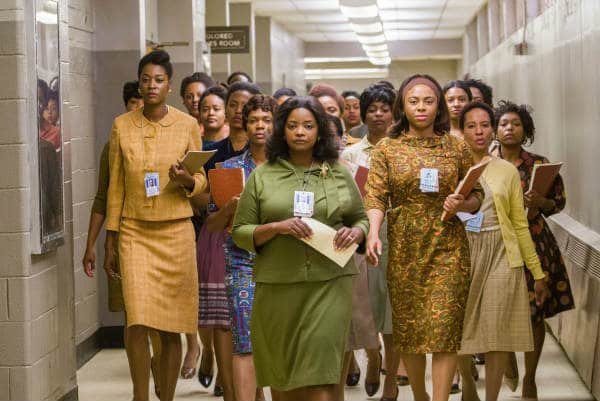 Dorothy Vaughan (Octavia Spencer) is the most patient of the three. Her approach is one of gentle but pointed admonition. And those admonitions hit their target in more ways than one. Dorothy’s patience is not to be mistaken for inaction. On the contrary, she is the most proactive of the three. It’s her method that gives her a deceptive compliance. Dorothy doesn’t go looking for trouble, but when it finds her, she certainly doesn’t avoid it. It’s a lesson she teaches the women she leads and the sons she’s raising to be men.

“Separate and equal are two different things.
Just cause it’s the way doesn’t make it right.”

Dorothy also has her eye on the future. When she sees movement that would make her and the rest of the black women at NASA unnecessary, she takes action to ensure they are invaluable. And when an opportunity presents itself, Dorothy doesn’t forget the women that work with her. She stands firm, refusing the opportunity unless her team comes with her. 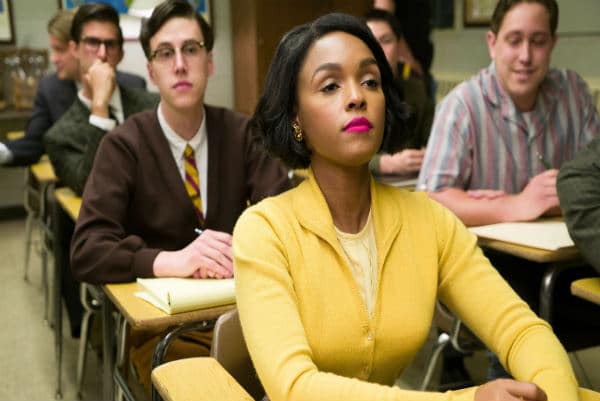 Mary Jackson (Janelle Monáe) is the fiery one. She is brimming with self-confidence. So, when the opportunity presents itself, Mary applies to the NASA engineering program. Mary isn’t just fighting for the opportunity at work, but at home as well. Her husband shows his own skepticism that a woman could be an engineer. She isn’t swayed until the program is seemingly set out of reach. Courses she needs are only available at an all-white high school. Contrary to law, Virginia refuses to desegregate. Mary goes on about the injustice until Dorothy has had enough. Mary, Dorothy points out, is more talk than action.

This causes Mary to reflect. She takes that innate self-confidence and she puts it to work for her. She takes the next step and takes her challenge to the courts and convinces a judge to allow her to attend a white high school. If she has to be first, then so be it.

“And I, Sir, I plan on being an engineer at NASA. But I can’t do that without taking them classes at that all white high school. And I can’t change the
color of my skin. So I have no choice but to be the first.”

A Film with a Lasting Impression

The main purpose of the film was to highlight the accomplishments and careers of these women during a time of civil unrest. As a result, the film steers clear of the harsh realities of racial segregation. There were few scenes outside of Langley and NASA. Yet, that did not change the quiet power of the film. As the focus was on Katherine, Dorothy, and Mary, we see everything through their eyes. For example, Katherine’s runs to the segregated restrooms a half mile from her building. Often portrayed in a light manner, it’s one of those moments that comes to a head resulting in a moving confrontation between Katherine and her boss, Al Harrison (Kevin Costner). It also leads to one of the many memorable lines of the film from Costner:

It’s not just the dialogue in Hidden Figures that leaves a lasting impression but the performances of Henson, Spencer, and Monáe. Their talent is incomparable. Some of the most powerful moments in the film is when the door is slammed figuratively, and quite literally, in their faces. These moments were more often dealt with in extraordinary silence. These women would exchange glances that spoke louder than any words. Henson was masterful in looking away, pushing up her glances before giving the men an unwavering stare. Spencer said more with the lift of a brow and the pursing of her lips. The tilt of Monáe’s head or the set of her shoulders told you all you needed to know about her thoughts. These unspoken actions were just as powerful as the lines they delivered.

Related Post: To Walk Invisible: The Bronte Sisters – A Bleak Yet Wonderful Biopic

Overall, what Hidden Figures does so well is to tell this story in a simplistic manner that doesn’t detract from the message of the film. Dorothy, Katherine, and Mary faced considerable obstacles in their lives and in their careers with NASA. Not only due to the color of their skin, but their gender as well. These women were strong in the face of adversity. How these women persevered is awe-inspiring and uplifting. It’s a movie for the ages, with a message that will stand the test of time.

If you haven’t seen Hidden Figures, it’s a movie not to miss and worth watching over and over. It’s a lesson that transcends history.

Content Note: Hidden Figures is rated PG for thematic elements and some language.

Our romance-themed entertainment site is on a mission to help you find the best period dramas, romance movies, TV shows, and books. Other topics include Jane Austen, Classic Hollywood, TV Couples, Fairy Tales, Romantic Living, Romanticism, and more. We’re damsels not in distress fighting for the all-new optimistic Romantic Revolution. Join us and subscribe. For more information, see our About, Old-Fashioned Romance 101, Modern Romanticism 101, and Romantic Living 101.
Pin this article to read later! And make sure to follow us on Pinterest.
By Catherine on June 7th, 2017