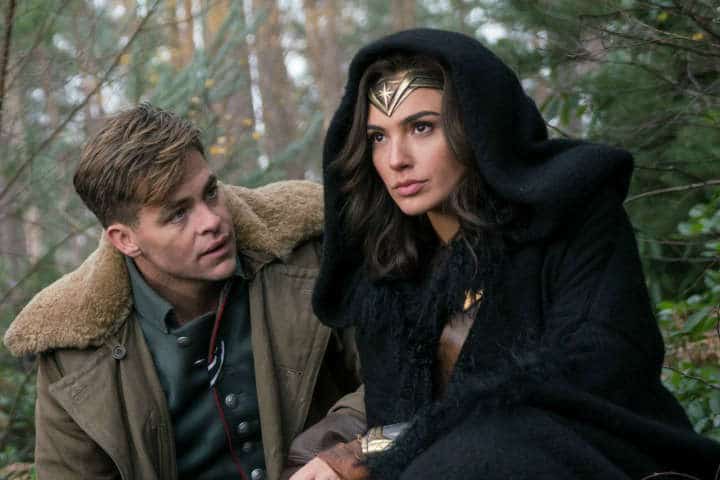 Romantic Moment of the Week: Diana and Steve

Most of the superhero films at the box office have a kind of tortured love story. Whether it’s the slow burn of Clark Kent and Lois Lane or the tortured soul that is Bruce Wayne (who never seems to find a girl), there’s rarely a love story without bruises.

Wonder Woman tells the story of an Amazon princess named Diana. Raised on an island inhabited only by women, and protected by Zeus, Diana’s thirst for battle is clouded by her innocence of the horrors of war. Her life changes when she rescues Steve Trevor, an American WW1 pilot who breaches their island during a mission for British intelligence.

RELATED | Romantic Moment of the Week: The Love Stories of The Crimson Field

Believing Steve’s “war to end all wars” is actually the god Ares returned (from the story her mother told her as a child) to wipe out their kind, Diana arranges to guide Steve off their island if he takes her to the front. Once there, she plans to be Amazon’s most fierce warrior and kill Ares, and in the process, save the world.

Warning, from here on in, there will be SPOILERS!

The film opens in modern times with a voiceover from Diana confessing this, “I used to want to save the world, this beautiful place. But the closer you get, the more you see the great darkness simmering within. I learnt this the hard way, a long, long time ago.”

Walking into her office at Wayne Enterprises, she finds a briefcase from Bruce Wayne. Inside rests an old photograph with Diana at the center, surrounded by a group of men, one of whom is Steve. Gazing at the image with fondness, as she holds the print gently, she thinks back. Remembers a time when life wasn’t as complicated, and her heart hadn’t yet known love…

In the past, once Diana and Steve arrive in London, the pair set about making their way to the front. Along the way, Diana learns of human customs (like why couples hold hands), and together, they fight courageous battles. One of which is to free a small village from the bonds of German soldiers keeping them captive. While resting there for a night, as the villagers dance and make merry, Steve teaches Diana to dance. Or as she refers to it, he teaches her how to “sway.” 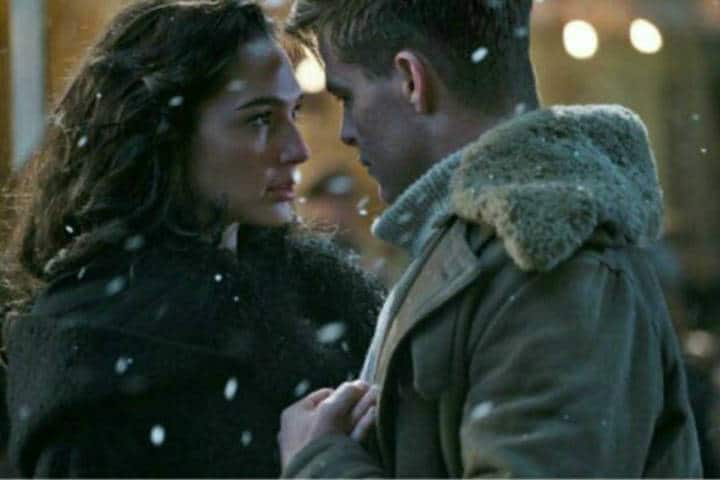 They dance together in the village square and a gentle snow begins to envelop them. Diana’s memory draws the audience further into the story. We watch Steve protect Diana, not because he believes her incapable. Or because he believes she should conform to the world’s view of who she should be, but because she has a higher opinion of the world than it deserves. Eventually, when Diana comes face to face with a German General (whom she believes to be Ares) and conquers him, she watches in horror as nothing changes.

This is where Steve finds her. She’s shell-shocked. Unable to convince her there is more to do; that mankind might not deserve Diana. But it’s not about this, he passionately tells her. It’s about what she believes. Still, she resists his impassioned pleas (“Maybe it’s not what you deserve, but what you believe. I believe that this war should end. If you believe the same, then help me stop it! Help me, please!”), and instead, he walks away, ready for battle. For Diana, another battle waits when finally, she faces the real Ares.

As the cruel god tries to convince her they could do great things together, Diana is caught off guard unable to defend herself. Seeing her lying on the ground, Steve rushes towards her.

Steve speaks passionately to Diana before he leaves. Only we can’t hear him over the raging battle and loud noises. He touches her hands, holding her gaze and hands, and backs away, running toward the danger. She looks down at her hands to see he left behind a watch. A watch that belonged to his grandfather. She stands there, dazed. Frozen in place, she sees Steve board the plane and take flight. Helpless on the ground as Ares continues to best her, she sees Steve’s plane. Soon a ball of fire engulfs his aircraft. He’s gone. Crying out, Diana’s strength frees the ties binding her. 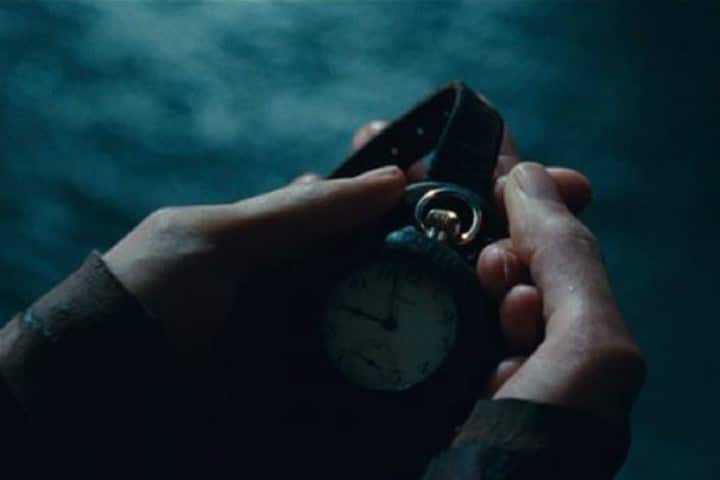 Quieting everything around her, the battle, the horror, the voices, Diana remembers one thing. Steve’s words as he spoke to her before boarding the plane…

Rushing towards her, he asked if she’s ok. He follows with telling her he has to go.

Confused, Diana manages to grasp what he’s saying. Devastation clouds her features. She argues whatever needs to be done she can do it. She wants him to know she’ll take the burden. To stop. To continue to remain at her side. 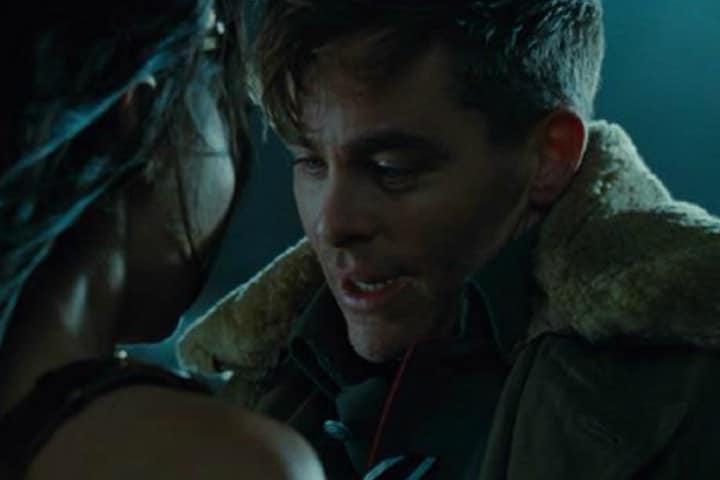 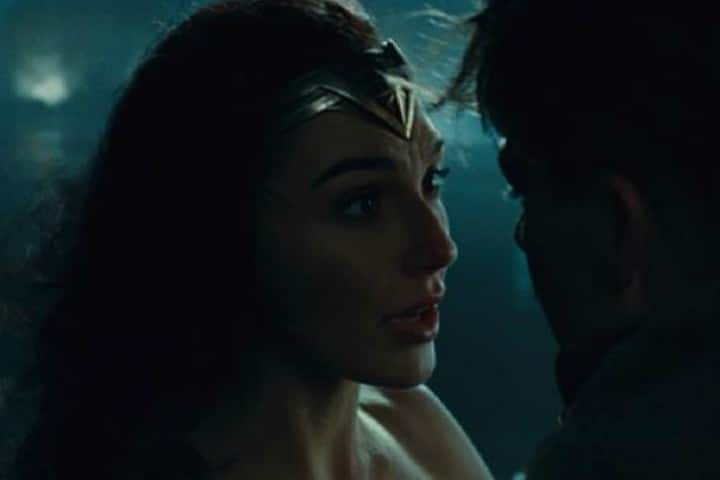 Not to be deterred, Steve is at peace about his decision. He takes the time to further convince her, and ensure she’s listening as he continues, “I can save today.” Pausing, as if this goodbye is painful, he ends with, “You can save the world.”

He knows today is the day he can make a difference. This is his contribution. 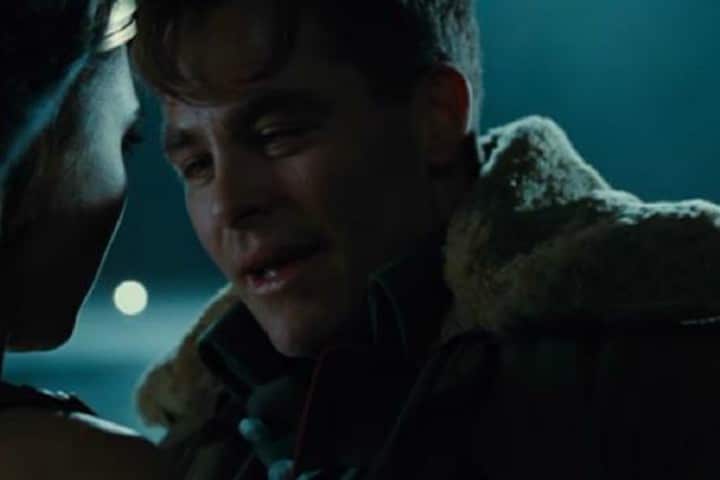 Before he leaves, he presses the watch into her hands, and tells her, “I wish we had more time.” As he begins to draw away, his parting words open Diana’s broken heart as she recalls what those words were, “I love you.”

In the wake of these memories, she opens her eyes, and giving Ares a hard stare, she tells him his theory about humans has flaws. Using the strength of Steve’s love and protecting those around her, she tells him, “It’s not about ‘deserve.’ It’s about what you believe. And I believe in Love.”

With her powers unlocked, she defeats Ares, and the battle comes to an end.

As the story draws to its close, Diana still looks at the photograph, and out of a drawer, she pulls Steve’s parting gift. His watch. Lovingly caressing it, she gently places it into the briefcase and pulls out stationery. To Bruce, she writes the following note, “Thank you for bringing him back to me.”

Although a bittersweet love story, I adore it. It works well for the film and makes me believe Wonder Woman’s mantle goes beyond the obvious. Because while the overt theme of this story may want to convey one of power, the nuances to this story teach us something far greater. Love doesn’t have to be a weakness. Love is beautiful and powerful…

Have you seen Wonder Woman; did you like it or not? Do you like Steve Trevor? Do you think we’ve seen the last of Steve or will he make a return in upcoming DC universes? Sound off below!

Our romance-themed entertainment site is on a mission to help you find the best period dramas, romance movies, TV shows, and books. Other topics include Jane Austen, Classic Hollywood, TV Couples, Fairy Tales, Romantic Living, Romanticism, and more. We’re damsels not in distress fighting for the all-new optimistic Romantic Revolution. Join us and subscribe. For more information, see our About, Old-Fashioned Romance 101, Modern Romanticism 101, and Romantic Living 101.
Pin this article to read later! And make sure to follow us on Pinterest.
By Rissi JC on September 30th, 2017