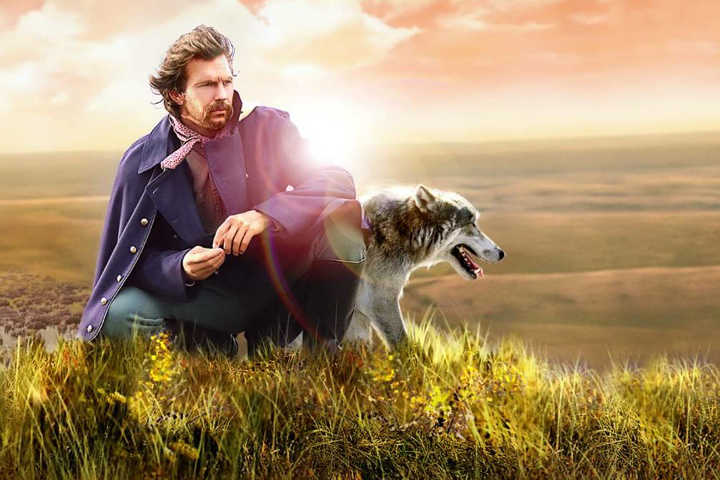 I have an interesting memory about the film Dances with Wolves. In the late ’90’s when I first watched it, my brother and male cousin were two action adrenalin junkie moviegoers. They loved the cars, the girls and the usual thrill that accompanied a Fast and Furious-esqe type movie. Or they laughed with veiled bravado at The Blair Witch Project, while really being as freaked out by the horror genre as I was. What I’m trying to say is Dances with Wolves was not the type of film that generally appeared on the radar of barely teenage boys. Interestingly enough though, on that Sunday afternoon, the two teens sat with me and together we discovered – and loved – Dances with Wolves.

Dances with Wolves, based on the 1988 novel by Michael Blake, tells a simple story. Lt. John Dunbar (Kevin Costner) is a civil war veteran who is determined to take his life. He rides to the front lines of an ensuing battle and places himself in the crossfire. In an ironic twist of fate, his action spurs the soldiers on and elevates their courage and fighting spirit. Much to his own bafflement, he is proclaimed a hero. As a reward, his commanding officer gives him a promotion to an outpost of his choosing. “The strangeness of this life cannot be measured,” he muses in one of the movies many voiceovers. “In trying to produce my own death, I was elevated to the status of a living hero.” Dunbar eventually chooses the Western Frontier as an opportunity to explore the country.

After months at a fort alone, Dunbar befriends a lone wolf, but it’s his only company on the otherwise beautiful, if seemingly desolate land. As the film progresses, Dunbar notices a band of Lakota Indians nearby but is hesitant to approach them. The decision to engage is thrust upon him when he inadvertently rescues a grieving widow. Stands with a Fist (Mary McDonnell) is bloodied and afraid when he finds her. After she collapses, he makes the decision to take her back to her tribe. This action sparks the relationship Dunbar forms with the Sioux.

Nothing I have been told about these people is correct. They are not thieves or beggars. They are not the bogeymen they are made out to be. On the contrary, they are polite guests and I enjoy their humour.

What follows is a series of amusing meetings where most everything is lost in translation. Dunbar and the Lakota attempt to communicate with minimal success. Eventually, he is invited to their camp and Stands with a Fist, the woman he had helped, acts as a reluctant translator. Adopted by the Sioux as a child, she, fortunately, remembers a little English. Therefore, her limited vocabulary was better than no vocabulary. With trepidation and curiosity, conversations between the Lakota elders and Dunbar begin in earnest. 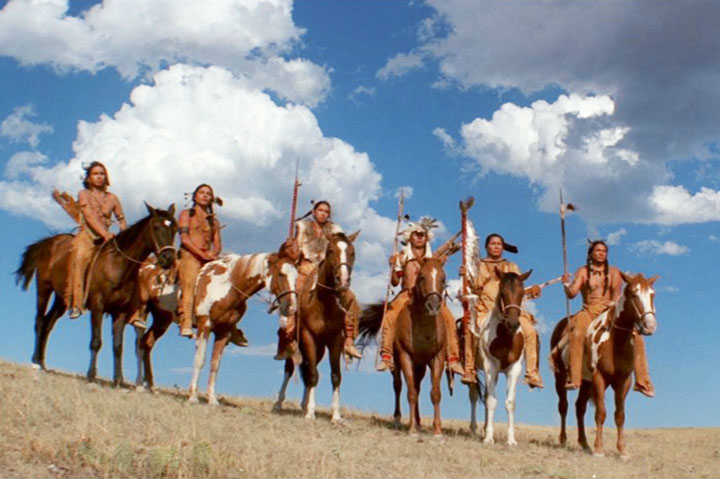 In a stirring voiceover that signals Dunbar’s journal entries, he writes of his tentative acquaintances, “They were a people so eager to laugh, so devoted to family, so dedicated to each other. The only word that comes to mind is harmony.” Eager to learn more, eager to explore a culture he has had so many misconceptions about, John Dunbar slowly assimilates into the Lakota tribe. Together they hunt for buffalo and even fight off adversarial tribes.

I had never really known who John Dunbar was. Perhaps because the name itself had no meaning. But as I heard my Sioux name being called over and over, I knew for the first time who I really was.

His true assimilation occurs however after he has fallen in love with Stands with a Fist and chooses to leave his former life behind. Unfortunately, the world was changing rapidly and despite his best intentions, Dunbar would have to face his past, his own culture and fight for the future of his adopted people.

My Place is With You

Dances with Wolves is Kevin Costner’s directorial debut. For his efforts, the film won 7 Academy Awards in 1990, including Best Picture and Best Director for Costner. The win for Costner and the film were surprises at the time since the movie was up against Martin Scorsese’s Goodfellas – a film everyone considered the front-runner. Almost 17 years later, the debate still rages amongst some about whether the right film won. For my part, I am here to tell you that Goodfellas is a fantastic film, but Dances with Wolves deserved every accolade awarded it.

RELATED: Vintage Review: The Last of the Mohicans – A Moving Historical Drama

In his capacity as the picture’s lead, Kevin Costner infuses John Dunbar with likability as well as vulnerability. Its one of the reasons – despite his dodgy moustache – that ensures audiences will root for him. The relationship that develops between John and the Lakota challenges him to question his loyalties, his feelings, and emotions, as well as rethink the worldview he has always held. Costner is able to take Dunbar on this journey in a way that is credible and moving. 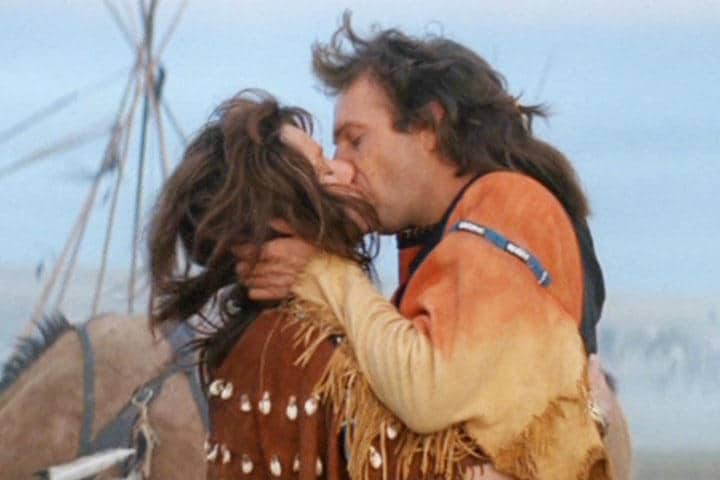 Mary McDonnell, one of my favourite actresses, is just superb as Stands with a Fist, a white woman who is raised by the Lakota. Her limited knowledge of English is what allows Dunbar to initially communicate with the Sioux. Lessons to avert being lost in translation, however, eventually translate into romance. For a film so finely balanced, the romance fits seamlessly into the narrative. In fact, it’s funny and very sweet, without being patronizing or cringe worthy. Mary and Kevin also have a staggering amount of chemistry which blazes on screen. For both their efforts, they each received Academy Award nominations for Best Supporting Actress and Best Actor respectively. The only award missing would be an MTV award for Best Kiss! Just kidding – maybe.

The cast includes many accomplished Native American actors. Graham Greene is one of my favourite characters in the film. Kicking Bird is the Lakota chief whose relationship with Dunbar is vital to the story. Greene thoroughly deserved the Academy’s recognition for his nuanced performance.

I Go Where You Go

Dances with Wolves is one of the most memorable movie experiences I’ve ever had. At its core, it’s a relatively basic western, but it’s told with elegance and infinite grace. It’s a captivating film; delicate but balanced unexpectedly with a lot of humour and wonderful character moments. Michael Blake delivers an incredible screenplay that supports a beautifully constructed film that is sensitive to the legacy and heritage of Native American people.

Costner’s visuals are breathtaking! The wide shots, in particular, are stunning as the camera pans across the vibrant, remote landscape of the western frontier. Supporting the visuals is a phenomenal score by John Barry. He also won numerous accolades, including an Academy Award, for his work on this film.

It seems every day ends with a miracle here. And whatever God may be, I thank God for this day.

Dances with Wolves is an investment, however. With a staggering runtime of 3 hours and 1 minute, it might be too much for some. Despite some of the violent set pieces, the movie is incongruously gentle. Therefore one has to wonder whether 181 minutes was really necessary to tell this tale.

Dances with Wolves is a meandering, thoughtful epic about a man’s journey of self-discovery. It is among my favourites and despite its incredible runtime, it managed to garner the attention of two teenage boys. That should count for something.

Where to Watch: Dances with Wolves can be purchased on DVD on Amazon or streamed on Amazon Prime or Netflix.

Have you watched Dances with Wolves? If you have, what did you think? Comment below and let me know!

Our romance-themed entertainment site is on a mission to help you find the best period dramas, romance movies, TV shows, and books. Other topics include Jane Austen, Classic Hollywood, TV Couples, Fairy Tales, Romantic Living, Romanticism, and more. We’re damsels not in distress fighting for the all-new optimistic Romantic Revolution. Join us and subscribe. For more information, see our About, Old-Fashioned Romance 101, Modern Romanticism 101, and Romantic Living 101.
Pin this article to read later! And make sure to follow us on Pinterest.
By Naazneen Samsodien on June 5th, 2017