Beyond the Mask Film Review 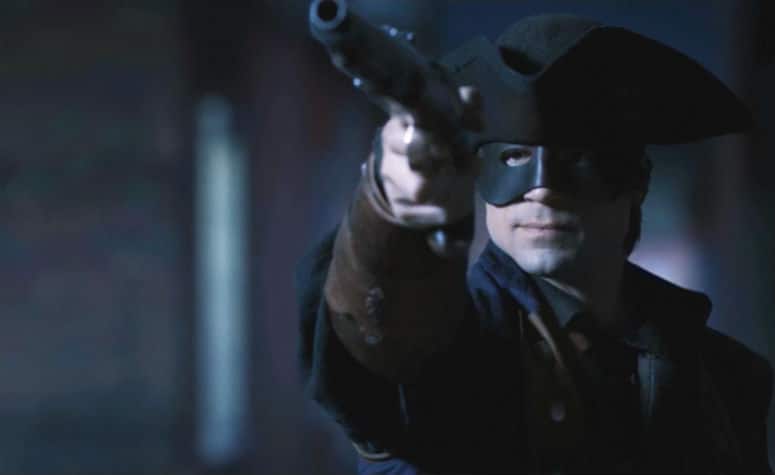 A film with a lower budget takes risks. In addition to being limited with its budget, it usually places unfamiliar faces in front of the camera. This is a trend that has become more common in recent years. Also joining this platform are stories with a strong inspirational bent. One such film is Beyond the Mask, a swashbuckling adventure that is as cinematically exciting as it is quietly impacting.

In Beyond the Mask, we meet William Reynolds (Andrew Cheney) a renegade mercenary who undertakes one final job from his boss, Charles Kemp (John Rhys-Davies), the owner of the East India Company. The payoff allows William his freedom or so he thought. The agreement, in exchange for his service and loyalty, involves Will walking away without the burden of further blood staining his hands. When Kemp reneges on the agreement to provide Will with his own land, he’s furious. Feeling betrayed by the man he trusted, Will leaves feeling more indebted than when he first came to the company.

It isn’t until Kemp orders that Will be killed that a plan begins to form. In the aftermath of the attack, Will sets his sights on revenge. This begins when he assumes a new identity as a vicar, which then leads him into the arms of the beautiful Charlotte Holloway (Kara Kilmer). Charlotte is a woman who might help Will rediscover parts of himself that are worthy of redemption. 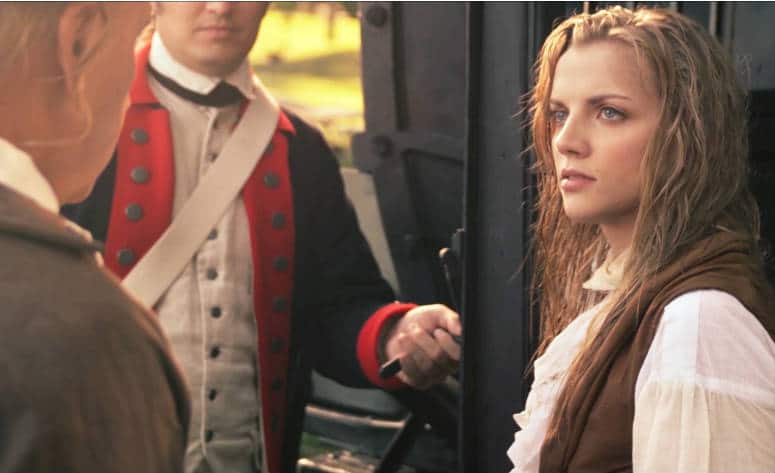 Though basic and simple in its storytelling, ‘Mask’ really is quite good. It possesses all of the creative elements needed to be a memorable story with a few missteps along the way. For example, sometimes it flounders as if it doesn’t quite know what to do with everything which also hurts the dialogue in parts. Sadly, much as I’d have like it to, all these moving parts didn’t quite work as one “effortless” production mind. I think the concept was good (think The Mask of Zorro with a little bit of Amazing Grace), but the filmmakers tried “too hard” to make it seamless. As a result, I think the effort was a bit stilted in its pursuit of trying to be “big” with the stunts and adventure. Or at least I felt like it was overindulging in consideration of the story its script had to tell.

The story of quiet redemption the script tells is a fascinating one. Watching as a man strives to better himself by rebuilding his life, his past, and the potential future is well rounded. Early on in the story, he sets about righting his wrongs. This is something I admire both of the character and the story itself. Progressively, this was wonderfully inspired. Complex, insightful and the healing power of forgiveness are its themes, and all are rendered beautifully. The characters are all interesting although it’s Will and Charlotte who we invest the most time in. Will becomes a man with moral integrity and earns the distinction of being hailed a noble hero (even while still fighting, only this time, it’s for the good) while Charlotte is something of a firecracker of a heroine who learns the appearance of perfection sometimes hides dangerous lies. 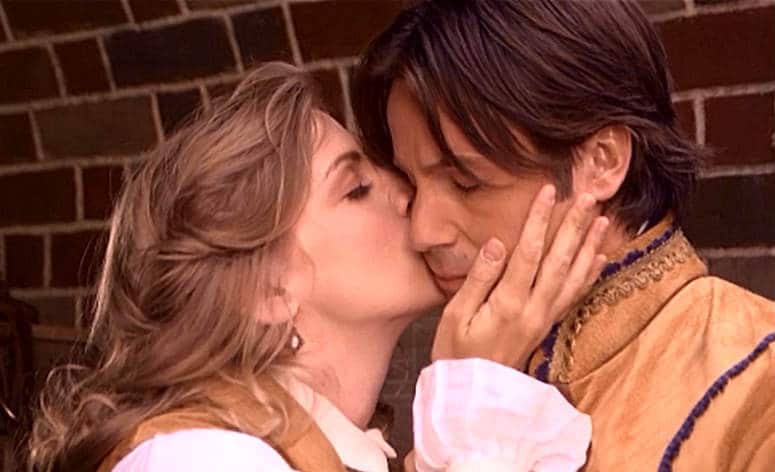 The costuming is pretty to look at, and the music and stunts reminded me of Pirates of the Caribbean but on a more independent film like scale. Beyond the Mask can be likened to the popular Disney film because the overall effect of the film IS good. Had there been one or two issues ironed out, there’d have been smoother transitions and less in the way of minor complaints. Those who enjoy a popcorn flick adventure (and don’t mind the Christian inspirational angle) with plenty of throwbacks to our American heritage are sure to enjoy this. It’s got all of the best swashbuckler themes (swordplay, noble hero, and romance), and a little something more than its peers in its message that packs that extra punch. It upholds our values as a country and has heart as well. Sometimes, that’s a feat accomplished beyond our expectations.

You can buy Beyond the Mask for a minimal cost on DVD or rent it on Amazon Video.

CONTENT NOTE: Aside from the swordplay “peril,” there is little bothersome in this film unless you’re bothered by a hero who made a living murdering at the behest of a mercenary boss. The film is rated PG.

Read our review of Seventh Son, a fun fantasy adventure or browse our Period Drama archives for more films.

Our romance-themed entertainment site is on a mission to help you find the best period dramas, romance movies, TV shows, and books. Other topics include Jane Austen, Classic Hollywood, TV Couples, Fairy Tales, Romantic Living, Romanticism, and more. We’re damsels not in distress fighting for the all-new optimistic Romantic Revolution. Join us and subscribe. For more information, see our About, Old-Fashioned Romance 101, Modern Romanticism 101, and Romantic Living 101.
Pin this article to read later! And make sure to follow us on Pinterest.
By Rissi JC on June 13th, 2016

4 thoughts on “Beyond the Mask – A Swashbuckling Adventure”